'Out of a mountain of despair, a stone of hope' | MLK Memorial brings famous speech to life

Here's the history behind the monument in Washington, D.C. which pays homage to the life of one of the greatest civil rights leaders. 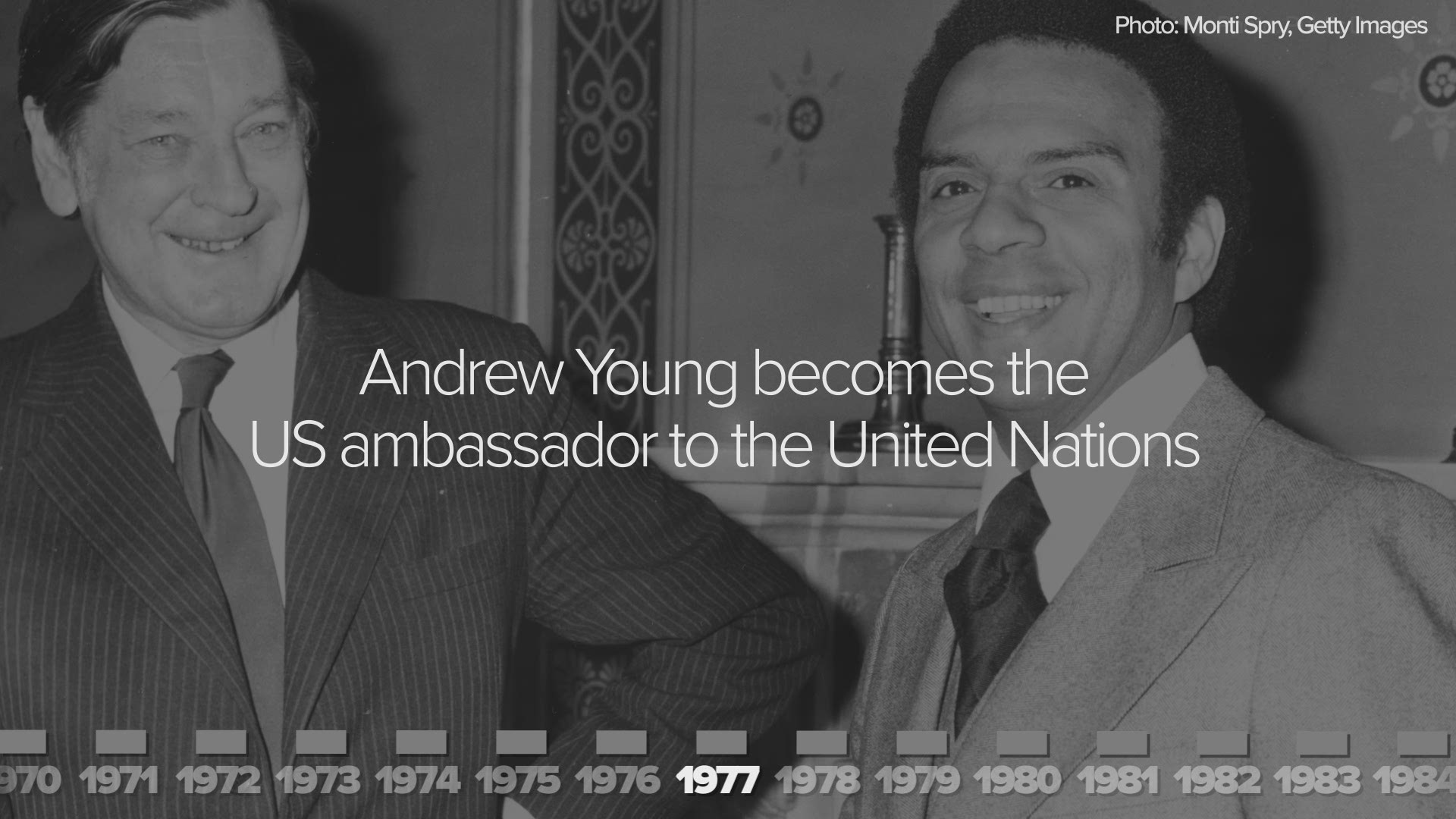 WASHINGTON — It's a special place for reflection and contemplation in Washington, D.C.

Just off the well-treaded paths of the National Mall lies a somewhat quieter monument, set between a park and large pond.

Overlooking the Tidal Basin sits the Martin Luther King Jr. Memorial. Visitors come for a fantastic view of the cherry blossoms and to pay homage to one of the greatest civil rights leaders in U.S. history.

The main feature of the memorial is a statue of Dr. King. PHOTO: Megan Yoder

The memorial stands as a testament to the life of a man who left an unforgettable mark on the history of the United States. Regal and resolute, it captures both the tragedy and triumph of Dr. King's life.

"It's a place to reflect on what comprises the American story at its both good and bad points," said Mike Litterst, a spokesman for the National Park Service.

The memorial was designed to physically represent a quote from King's famous "I have a dream" speech: "Out of a mountain of despair, a stone of hope."

The quote which inspired the design of the memorial. PHOTO: Megan Yoder

Sculptor Lei Yixin depicted a granite statue of King emerging as a "stone of hope" from a symbolic "mountain of despair." The roughly hewed edges depict the difficult journey, while the entrance conjures the openness of democracy.

Visitors must pass through the 'mountain of despair' before arriving at the 'stone of hope.' PHOTO: Megan Yoder

The memorial is noteworthy as the first major monument on the National Mall dedicated to an African American and non-president, according to Litterst. Its dedication date in 2011 was on the 48th anniversary of the March on Washington for Jobs and Freedom. The monument's address, 1964 Independence Ave. SW, is a nod to the Civil Rights Act of 1964.

Quotes line the walls around the sculpture and invite visitors to reflect on the life and legacy of the leader.

One of Dr. King's quotes on the memorial calls for a 'world perspective.' PHOTO: Megan Yoder

The activist and minister advocated for jobs, voting rights, the elimination of poverty, and other issues of equality, dedicating much of his life to the fight for civil rights. He used nonviolent methods to achieve change, including protesting, boycotting and striking.

If you are not able to visit the monument, instead experience the site with this 360 degree video. You can click and drag to move around the scene.

1 / 14
The 'stone of hope' emerges from the 'mountain of despair.' PHOTO: Megan Yoder