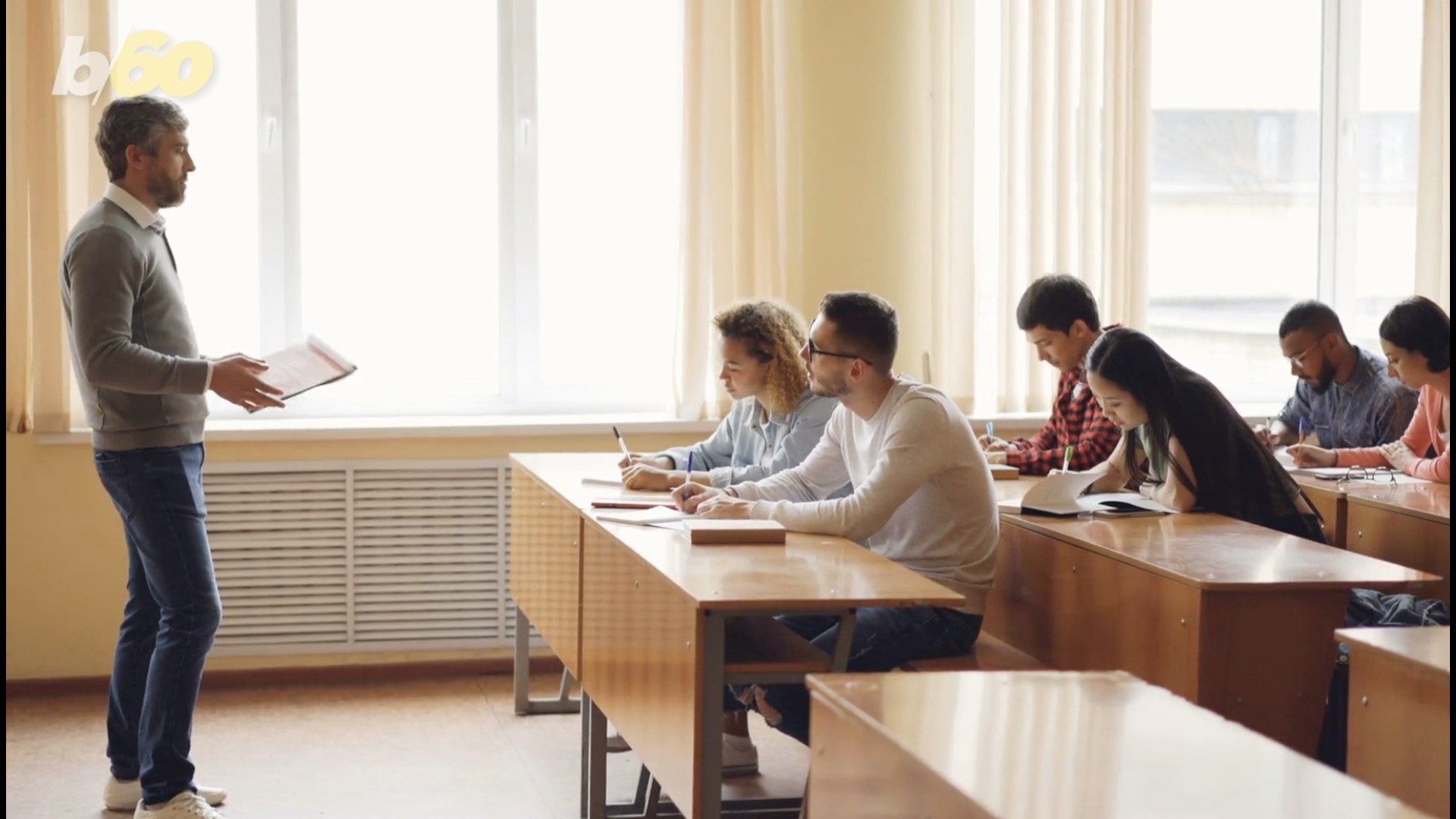 ATLANTA — America's eighth graders are falling behind in math and reading, while fourth graders are doing slightly better in reading, according to the latest results from the Nation's Report Card .

But there were some exceptions to the findings, which also showed declines among fourth graders in math.

Mississippi and the District of Columbia showed gains, along with some other big-city school districts.

"This country is in a student achievement crisis, and over the past decade it has continued to worsen, especially for our most vulnerable students," Education Secretary Betsy DeVos said.

RELATED: Petition seeks to have school canceled day after Halloween

The nationwide test is given to a random sampling of students in the fourth and eighth grades every two years.

Students made big gains in math in the 1990s and 2000s but have shown little improvement since then. Reading scores have risen a little since the tests began in 1992.

The decline in both reading and math performance among eighth grade students preparing to enter high school was especially concerning, authorities said.

"Eighth grade is a transitional point in preparing students for success in high school, so it is critical that researchers further explore the declines we are seeing here, especially the larger, more widespread declines across states we are seeing in reading," Peggy Carr, associate commissioner of the National Center for Education Statistics told reporters during a conference call.

Both low- and high-achieving eighth graders slipped in reading, but the declines were generally worse for lower-performing students.

Carr said it's up to researchers and other to figure out why scores fell. "The assessment is designed to tell you what, not why," she said.

DeVos pointed to a widening achievement gap between the highest- and lowest-performing students and used the results to push for expanded school choice, including her proposals for federal tax credits for donations made to groups offering scholarships for private schools, apprenticeships and other educational programs.

"It's the only way to bring about the change our country desperately needs," she said.

Daniel Willingham, a professor of psychology at the University of Virginia, said it's hard to find a coherent story across different state and local school districts, but that he hoped the results would "spur us to do something a little more vigorous."

One theory is that decreased performance is a residue of trauma suffered by families and spending cuts by school districts during the Great Recession. Michael Petrilli, president of education reform group the Thomas Fordham Institute, has pointed to data showing that performance has risen and fallen on the test in the past in sync with the economy.

"What we saw is that great calamity had lingering impacts," Petrilli said. He said that could also be why "we'd be seeing particularly disappointing results at the lowest end of the spectrum."

"Our achievement is at an all-time high in Mississippi," said state Superintendent Carey Wright.

The state has been among a number with a heavy focus on improving early literacy, but Wright said the state also has devoted resources to helping teachers improve math instruction after it adopted new standards.

"When you improve kids' reading ability, it's not surprising that kids' math ability falls in line," Wright said.

The nation's large-city public schools — they educate more poor students and English language learners — also saw good news in the results. Big-city schools still performed below the nation as a whole, but further narrowed the gap.

One of those big-city districts highlighted as making gains was the District of Columbia, where Carr said gains have outpaced the nation over the past decade.

In the last 20 years, the achievement gap between big-city schools and the nation has narrowed by about 50 percent in reading and math, the Council of the Great City Schools said. The schools are now about five to eight points below national averages on NAEP's 500-point scale.

"We still have more to do, but the era of poor performance in our nation's urban public-school systems has ended, and it has been replaced by results, accountability and promise," the council's executive director, Michael Casserly, said in a news release.