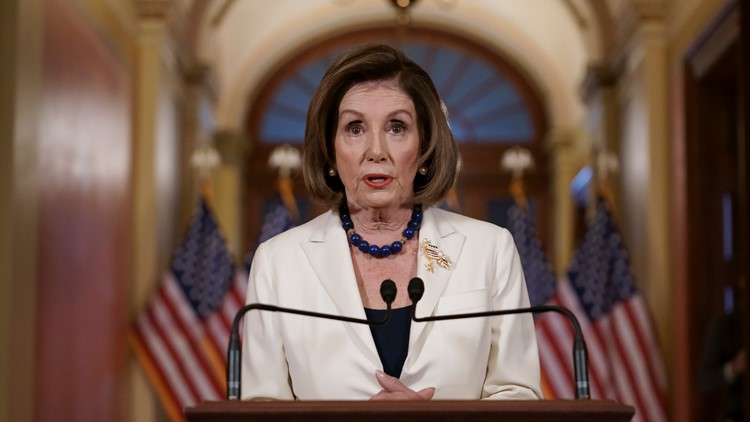 Photo by: AP
Speaker of the House Nancy Pelosi, D-Calif., makes a statement at the Capitol in Washington, Thursday, Dec. 5, 2019. Pelosi announced that the House is moving forward to draft articles of impeachment against President Donald Trump.  (AP Photo/J. Scott Applewhite)

The announcement comes just hours after Democrats announced their impeachment charges against the president. Pelosi's anouncement is one of Trump administration's biggest legislative victories.

“There is no question of course that this trade agreement is much better than NAFTA,” Pelosi said at a press conference. She said the pact is “infinitely better than what was initially proposed by the administration.”

Just before Pelosi announced her support, Trump said the revamped U.S.-Mexico-Canada Agreement will “be great" for the U.S.

“It will be the best and most important trade deal ever made by the USA. Good for everybody - Farmers, Manufacturers, Energy, Unions - tremendous support. Importantly, we will finally end our Country’s worst Trade Deal, NAFTA!,” he wrote in in a tweet.

In Mexico City, Mexican Foreign Relations Secretary Marcelo Ebrard said that there would be a meeting of the three countries’ negotiating teams Tuesday “to announce the advances achieved” on the trade agreement.