Some property owners fearing they will lose their land for a border wall are vowing to reject buyout offers and preparing to fight in court. 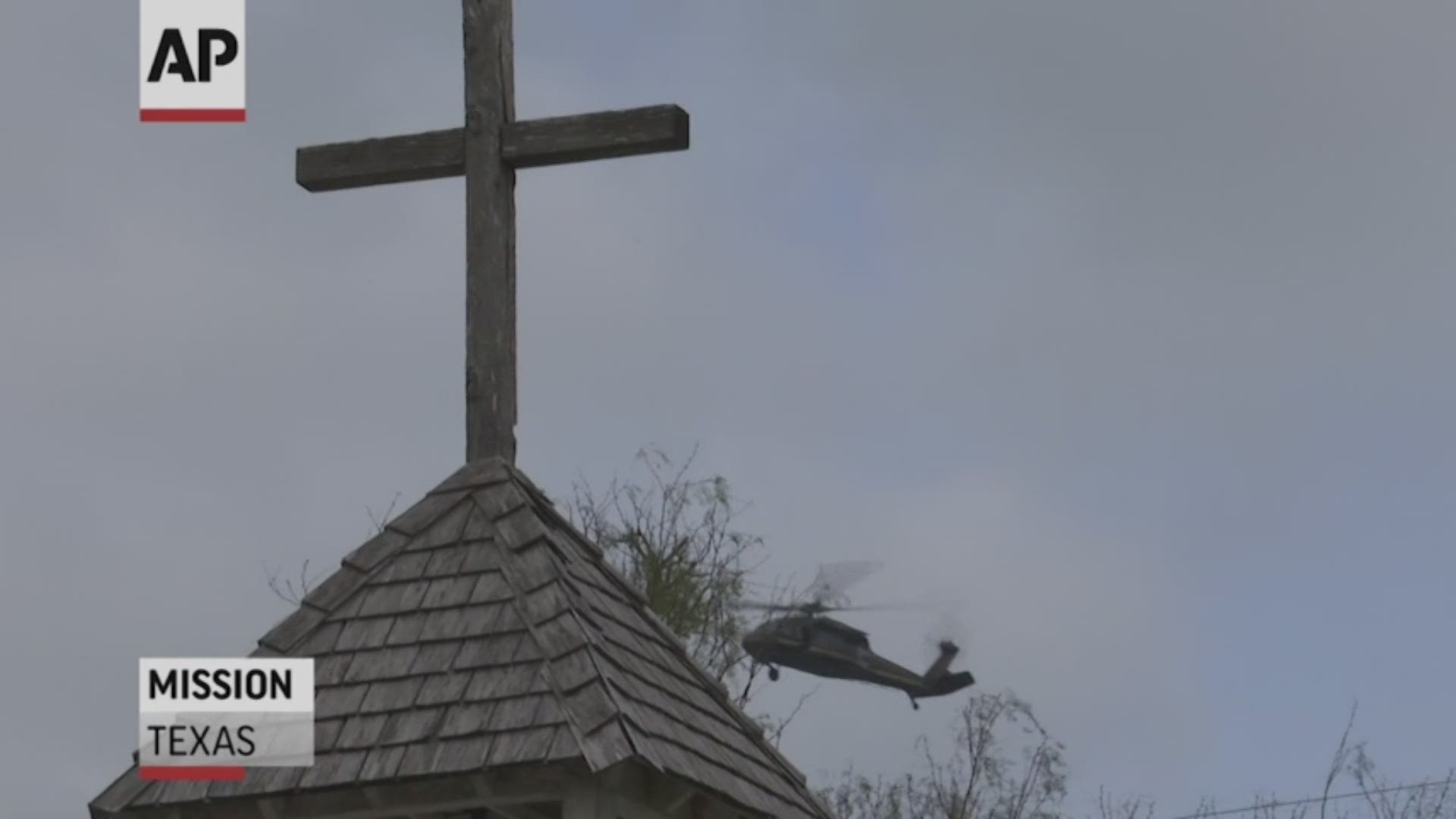 As President Donald Trump travels to the border in Texas to make the case for his $5.7 billion wall, landowner Eloisa Cavazos says she knows firsthand how the project will play out if the White House gets its way.

The federal government has started surveying land along the border in Texas and announced plans to start construction next month. Rather than surrender their land, some property owners are digging in, vowing to reject buyout offers and preparing to fight the administration in court.

"You could give me a trillion dollars and I wouldn't take it," said Cavazos, whose land sits along the Rio Grande, the river separating the U.S. and Mexico in Texas. "It's not about money."

Trump is scheduled to visit the border Thursday in McAllen, a city of 143,000 on the river.

Congress in March funded 33 miles of walls and fencing in Texas. The government has laid out plans that would cut across private land in the Rio Grande Valley. Those in the way include landowners who have lived in the valley for generations, environmental groups and a 19th century chapel.

Many have hired lawyers who are preparing to fight the government if, as expected, it moves to seize their land through eminent domain.

The opposition will intensify if Democrats accede to the Trump administration's demand to build more than 215 new miles of wall, including 104 miles in the Rio Grande Valley and 55 miles near Laredo. Even a compromise solution to build "steel slats," as Trump has suggested, or more fencing of the kind that Democrats have previously supported would likely trigger more court cases and pushback in Texas. 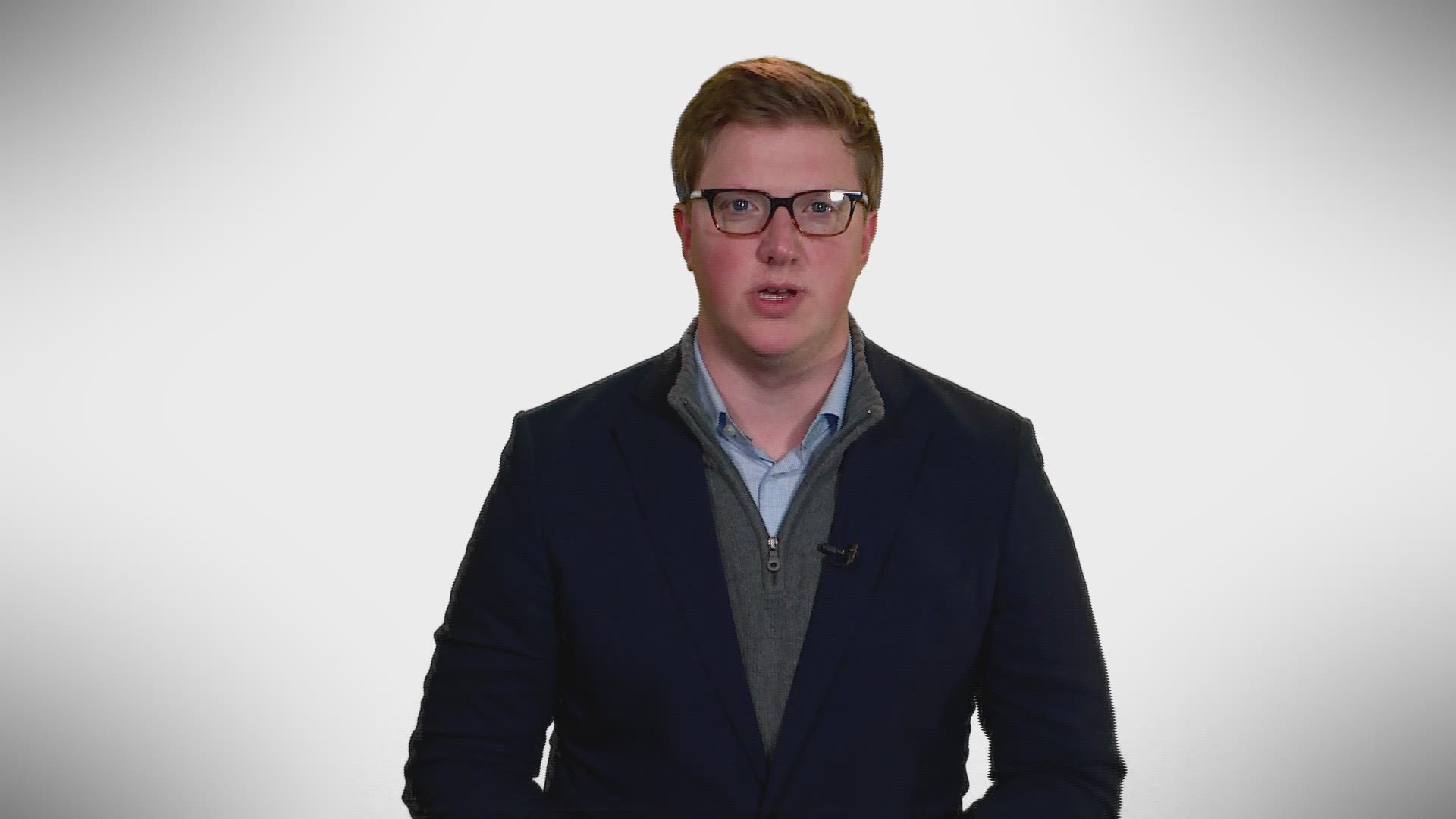 Legal experts say Trump likely cannot waive eminent domain — which requires the government to demonstrate a public use for the land and provide landowners with compensation — by declaring a national emergency.

While this is Trump's first visit to the border in Texas as president, his administration's immigration crackdown has been felt here for months.

Hundreds of the more than 2,400 children separated from their parents last summer were detained in cages at a Border Patrol facility in McAllen. Three "tender-age" facilities for the youngest children were opened in this region.

The president also ordered soldiers to the border in response to a wave of migrant caravans before the November election. Those troops had a heavy presence in the Rio Grande Valley, though they have since quietly left. A spokeswoman for the border security mission said they closed their base camp along the border on Dec. 22.

But Trump's border wall will last beyond his administration. Building in the region is a top priority for the Department of Homeland Security because it's the busiest area for illegal border crossings. More than 23,000 parents and children were caught illegally crossing the border in the Rio Grande Valley in November — more than triple the number from a year earlier.

Homeland Security officials argue that a wall would stop many crossings and deter Central American families from trying to migrate north. Many of those families are seeking asylum because of violence in their home countries and often turn themselves in to border agents when they arrive here.

The number of families has surged. DHS said Wednesday that it detained 27,518 adults and children traveling together on the southern border in December, a new monthly high.

With part of the $1.6 billion Congress approved in March, U.S. Customs and Border Protection announced it would build 25 miles (40 kilometers) of wall along the flood-control levee in Hidalgo County, which runs well north of the Rio Grande.

Congress did not allow construction of any of Trump's wall prototypes. But the administration's plans call for a concrete wall to the height of the existing levee, with 18-foot (5.5 meters) steel posts on top. CBP wants to clear 150 feet (45 meters) in front of any new construction for an "enforcement zone" of access roads, cameras, and lighting.

The government sued the local Roman Catholic diocese late last year to gain access for its surveyors at the site of La Lomita chapel, which opened in 1865 and was an important site for missionaries who traveled the Rio Grande Valley by horseback.

It remains an epicenter of the Rio Grande Valley's Catholic community, hosting weddings and funerals, as well as an annual Palm Sunday procession that draws 2,000 people.

The chapel is a short distance from the Rio Grande. It falls directly into the area where CBP wants to build its "enforcement zone."

The diocese said it opposes a border wall because the barrier violates Catholic teachings and the church's responsibility to protect migrants, as well as the church's First Amendment right of religious freedom. A legal group from Georgetown University has joined the diocese in its lawsuit.

Father Roy Snipes leads prayers each Friday for his chapel to be spared. Wearing a cowboy hat with his white robe and metal cross, he's known locally as the "cowboy priest" and sometimes takes a boat on the Rio Grande to go from his home to the chapel.

The Cavazos family's roughly 64 acres (0.25 square kilometers) were first purchased by their grandmother 60 years ago.

They rent some of the property to tenants who have built small houses or brought in trailers, charging some as little as $1,000 a year. They live off the earnings from the land and worry that a fence would deter renters and turn their property into a "no man's land."

On the rest of the property are plywood barns, enclosures for cattle and goats, and a wooden deck that extends into the river, which flows serenely east toward the Gulf of Mexico. Eloisa's brother, Fred, can sit on the deck in his wheelchair and fish with a rod fashioned from a long carrizo reed plucked from the riverbank.

Surveyors examined their property in December under federal court order. The family hasn't yet received an offer for their land, but their lawyers at the Texas Civil Rights Project expect a letter with an offer will arrive in the coming weeks.

"Everybody tells us to sell and go to a better place," Eloisa Cavazos said. "This is heaven to us."