Talking about the need to keep his hair 'perfect,' President Trump has made increasing water flow a personal issue. 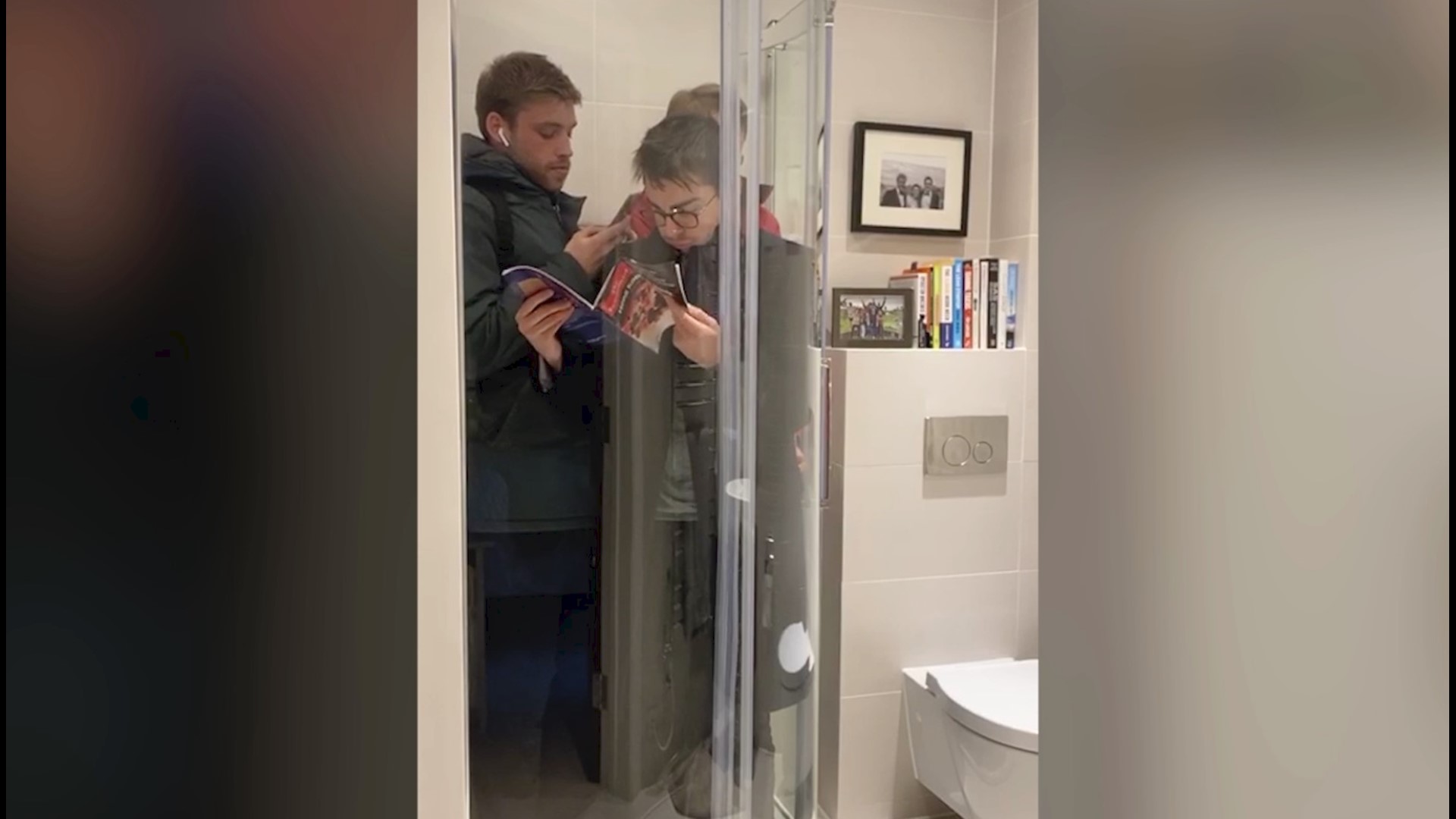 WASHINGTON — The Trump Administration wants to change the definition of a showerhead to let more water flow, addressing a pet peeve of the president who complains he isn't getting wet enough.

Publicly talking about the need to keep his hair “perfect,” President Donald Trump has made increasing water flow and dialing back long held appliance conservation standards — from light bulbs to toilets to dishwashers — a personal issue.

But consumer and conservation groups said the Department of Energy’s proposed loosening of a 28-year-old energy law that includes appliance standards is silly, unnecessary and wasteful, especially as the West bakes through a historic two-decade-long megadrought.

Since 1992, federal law has dictated that new showerheads shouldn’t pour more than 2.5 gallons of water per minute (9.5 liters). As newer shower fixtures came out with multiple nozzles, the Obama administration defined the showerhead restrictions to apply to what comes out in total. So if there are four nozzles, no more than 2.5 gallons total should come out between all four.

The new proposal Wednesday would allow each nozzle to spray as much as 2.5 gallons, not just the overall showerhead.

With four or five or more nozzles, “you could have 10, 15 gallons per minute powering out of the showerhead, literally probably washing you out of the bathroom,” said Andrew deLaski, executive director of the energy conservation group Appliance Standards Awareness Project.

On the White House South Lawn in July, Trump made the issue personal:

RELATED: Biden and Harris appear together for first time as running mates

DeLaski and officials at Consumer Reports said there’s been no public outcry or need for change. The Department of Energy’s own database of 12,499 showerheads showed 74% of them use two gallons or less water per minute, which is 20% less than the federal standard.

“Frankly it’s silly,” deLaski said. “The country faces serious problems. We’ve got a pandemic, serious long-term drought throughout much of the West. We’ve got global climate change. Showerheads aren’t one of our problems.”

Energy Department spokeswoman Shaylyn Hynes said the 2013 Obama definition of showerhead clashes with what Congress intended and the standards of the American Society of Mechanical Engineers.

If the rule is adopted, Hynes said it would be “allowing Americans — not Washington bureaucrats — to choose what kind of showerheads they have in their homes.”

Officials at the industry group Plumbing Manufacturers International did not respond to a request for comment.

Credit: AP
Water flows from a showerhead on Wednesday, Aug. 12, 2020, in Portland, Ore. The Trump Administration wants to change the definition of a showerhead to let more water flow. But consumer and conservation groups said the Department of Energy’s proposed loosening of a 28-year-old energy law is silly, unnecessary and wasteful, especially as the West bakes through a historic two-decade-long megadrought. (AP Photo/Jenny Kane)

Appliance and plumbing energy and water conservation standards save consumers about $500 a year on energy bills, deLaski said.

If people are having trouble getting water flowing in their shower, they should check their home’s water pressure and can replace a faulty showerhead for not much money, deLaski said.

A 2016 test of showerheads by Consumer Reports found that the best rated showerheads — including a $20 model — provided a pleasing amount of water flow and met federal standards, according to David Friedman, a Consumer Reports vice president and former acting assistant energy secretary.

DeLaski said he has had a hard time understanding the president’s shower concerns.

“If the president needs help finding a good shower, we can point him to some great consumer websites that help you identify a good showerhead that provides a dense soak and a good shower,” deLaski said.