President Donald Trump has fired off a series of tweets in response to Democrats announcing articles of impeachment. 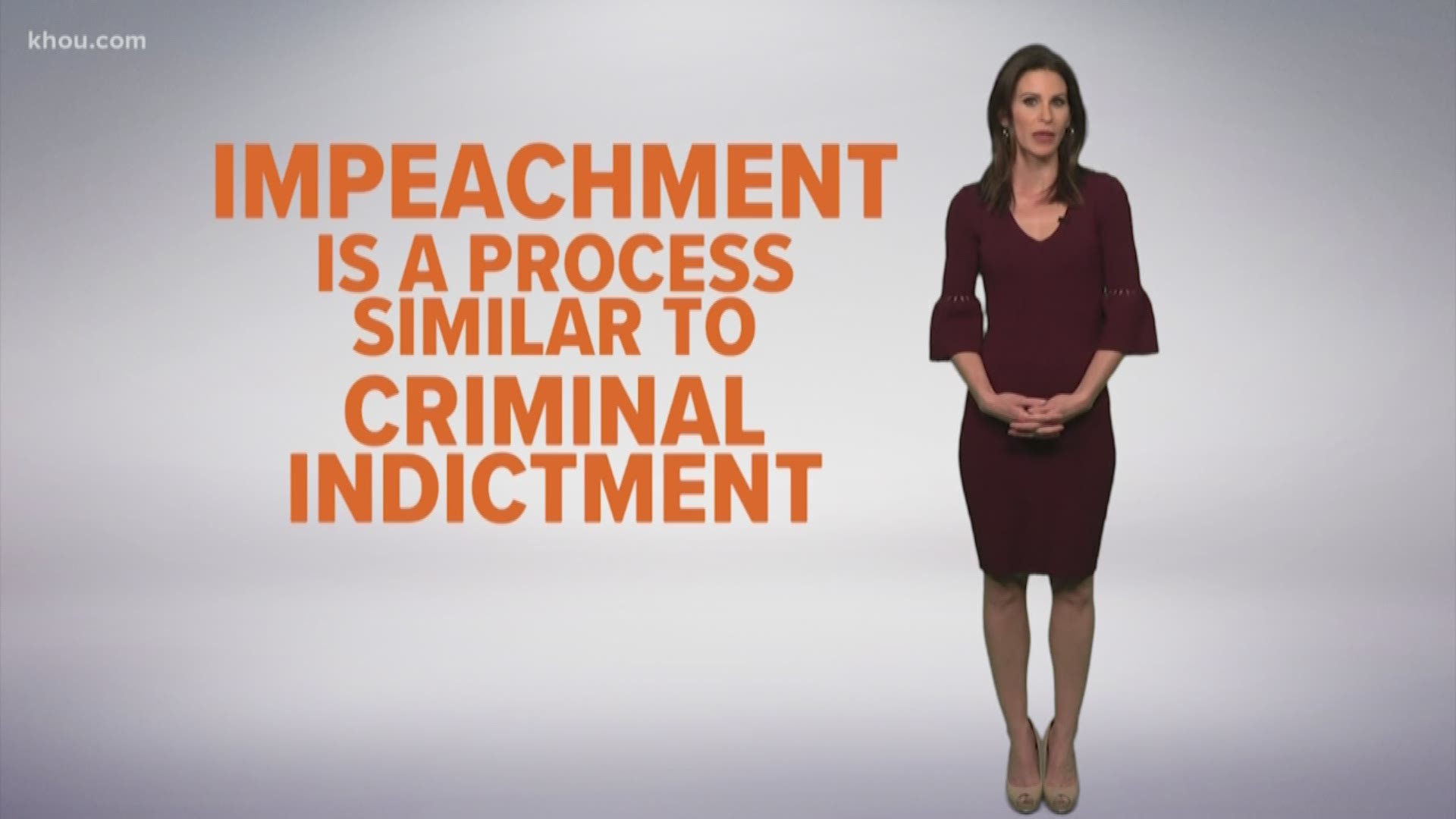 WASHINGTON — President Donald Trump quickly turned to Twitter in response to Democrats announcing two articles of impeachment against the president.

Shortly after the announcement, the president fired off a series of four tweets in which he revived his claims of a "WITCH HUNT!" and implored his 67 million Twitter followers to "Read the Transcripts!"

"Shifty Schiff, a totally corrupt politician, made up a horrible and fraudulent statement, read it to Congress, and said those words came from me," Trump tweeted Tuesday morning. "He got caught, was very embarrassed, yet nothing happened to him for committing this fraud. He’ll eventually have to answer for this!

Democrats announced two articles of impeachment Tuesday charging Trump with abuse of power and obstruction of Congress. It stems from Trump's attempt to pressure Ukraine to announce investigations of his political rivals as he withheld aid to the country.

In a statement, White House Press Secretary Stephanie Grisham said the president "will address these false charges in the Senate and expects to be fully exonerated, because he did nothing wrong."

Even before Democrats formally announced articles of impeachment, Trump tweeted that he did nothing wrong and that impeaching a president with a record like his would be “sheer Political Madness!”

Credit: AP
President Donald Trump listens during an event to sign an executive order establishing the Task Force on Missing and Murdered American Indians and Alaska Natives, in the Oval Office of the White House, Tuesday, Nov. 26, 2019, in Washington. (AP Photo/ Evan Vucci)