The White House and Republicans have tried to discredit the first whistleblower, saying their account was based on second- or thirdhand information. 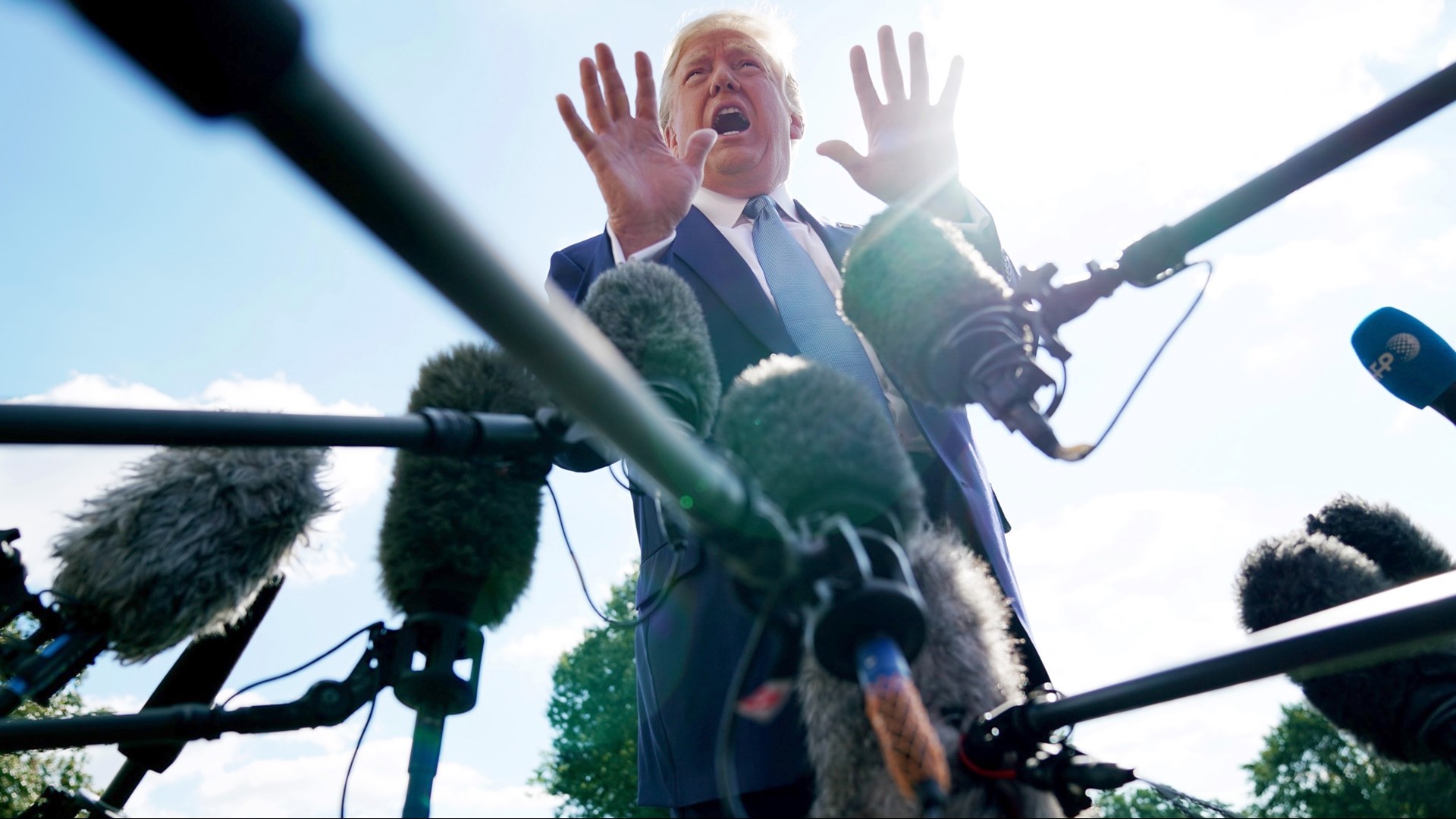 Democrats say the documents are needed to examine the sequence of events and the reasons behind the White House's decision to withhold aid appropriated by Congress to counter Russian aggression. The aid was later released.

The subpoenas come as a new whistleblower stepped forward with what the person's lawyer said was firsthand knowledge of key events.

With Congress out for another week and many Republicans reticent to speak out, a text from attorney Mark Zaid that a second individual had emerged and could corroborate the original whistleblower's complaint gripped Washington and potentially heightened the stakes for Trump.

RELATED: Will Supreme Court have to weigh in on impeachment as new term begins?

The original whistleblower, a CIA officer, filed a formal complaint with the inspector general in August that triggered the impeachment inquiry. The document alleged that Trump had used a July telephone call with Ukraine President Volodymyr Zelenskiy to investigate Biden and his son Hunter, prompting a White House cover-up.

The push came even though there was no evidence of wrongdoing by the former vice president or his son, who served on the board of a Ukrainian gas company. Trump and his supporters deny that he did anything improper, but the White House has struggled to come up with a unified response.

A second whistleblower with direct knowledge could undermine efforts by Trump and his allies to discredit the original complaint. They have called it politically motivated, claimed it was filed improperly and dismissed it as unreliable because it was based on secondhand or thirdhand information.

A rough transcript of Trump's call with Zelenskiy, released by the White House, has already corroborated the complaint's central claim that Trump sought to pressure Ukraine on the investigation.

Text messages from State Department officials revealed other details, including that Ukraine was promised a visit with Trump if the government would agree to investigate the 2016 election and a Ukrainian gas company tied to Biden's son — the outline of a potential quid pro quo.

Rep. Jim Himes, D-Conn., a member of the House Intelligence Committee, said word of a second whistleblower indicates a larger shift inside the government.

"The president's real problem is that his behavior has finally gotten to a place where people are saying, 'Enough,'" Himes said.

Democrats have zeroed in on the State Department in the opening phase of their impeachment investigation. The Intelligence, Oversight and Foreign Affairs committees have already interviewed Kurt Volker, a former special envoy to Ukraine who provided the text messages, and at least two other witnesses are set for depositions this week: Gordon Sondland, the U.S. ambassador to the European Union, and Marie Yovanovitch, who was abruptly ousted as the U.S. ambassador to Ukraine in May.

Sen. Lindsey Graham, R-S.C., one of Trump's most vocal backers, provided perhaps the strongest defense of the Republican president. He said that there was nothing wrong with Trump's July conversation with Zelenskiy and that the accusations look like a "political setup."

As for Trump, rather than visiting his nearby golf course in Sterling, Virginia, on Sunday for a second day, he stayed at the White House, where he tweeted and retweeted, with the Bidens a main target.

"The great Scam is being revealed!" Trump wrote, continuing to paint himself as the victim of a "deep state" and hostile Democrats.

Aside from Trump's attempt to pressure Zelenskiy, the July call has raised questions about whether Trump held back nearly $400 million in critical American military aid to Ukraine as leverage for an investigation of Burisma, a Ukrainian gas company.

Hunter Biden served on the board of Burisma at the same time his father was leading the Obama administration's diplomatic dealings with Ukraine. Though the timing raised concerns among anti-corruption advocates, there has been no evidence of wrongdoing by either Biden.

Joe Biden, a leading candidate for the 2020 Democratic presidential nomination, wrote in The Washington Post that he had a message for Trump and "those who facilitate his abuses of power. ... Please know that I'm not going anywhere. You won't destroy me, and you won't destroy my family."

Additional details about the origins of Trump's July 25 call with Zelenskiy emerged over the weekend.

Energy Secretary Rick Perry had encouraged Trump to speak with the Ukrainian leader, but on energy and economic issues, according to spokeswoman Shaylyn Hynes. She said Perry's interest in Ukraine is part of U.S. efforts to boost Western energy ties to Eastern Europe.

Trump, who has repeatedly described his conversation with Zelenskiy as "perfect," told House Republicans on Friday night that it was Perry who teed up the July call, according to a person familiar with Trump's comments who spoke on condition of anonymity to discuss them. The person said Trump did not suggest that Perry had anything to do with the pressure to investigate the Bidens.