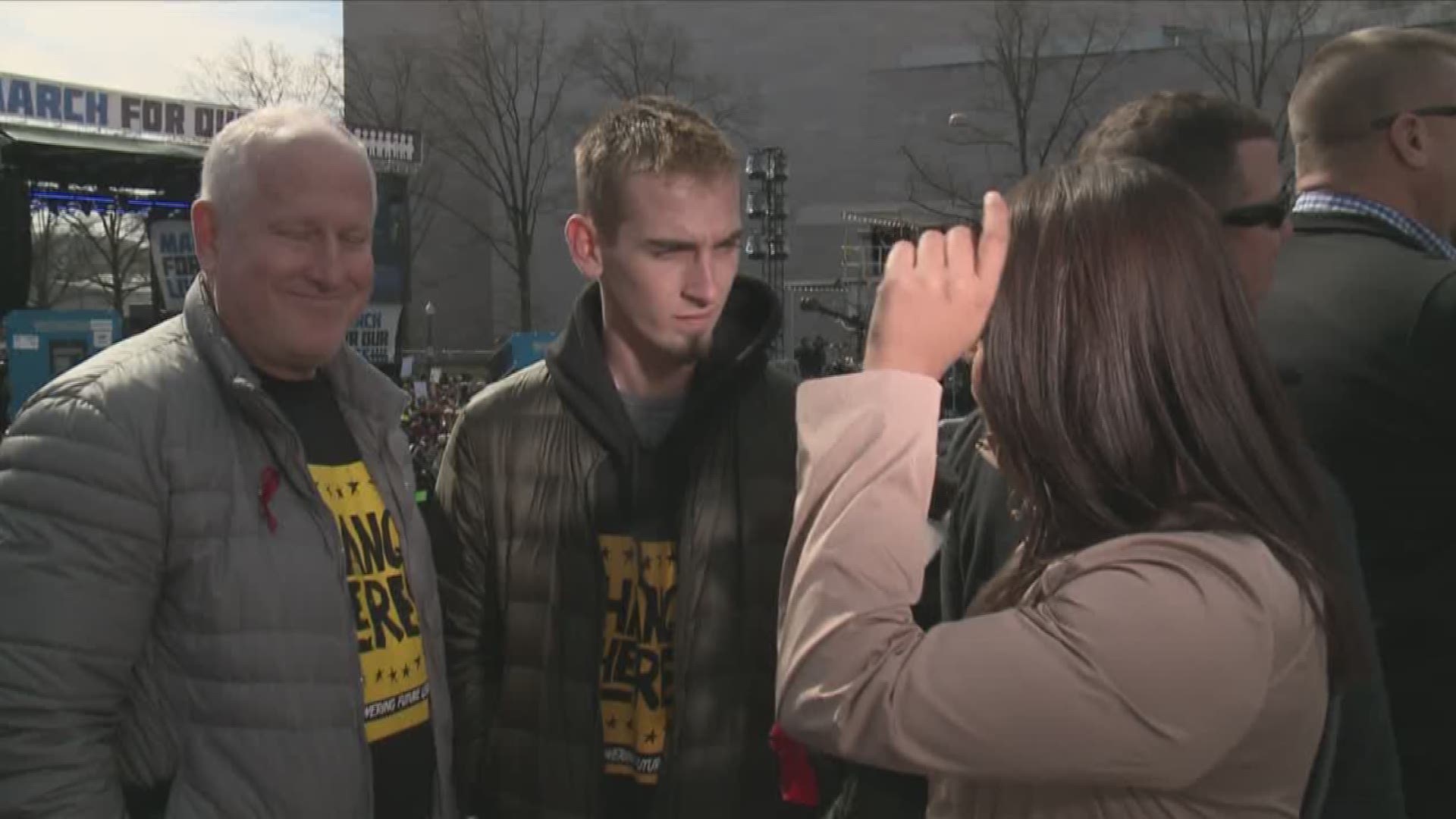 The White House released a statement Saturday as thousands of protesters descended upon Washington, D.C., for the much-anticipated March For our Lives event.

“We applaud the many courageous young Americans exercising their First Amendment rights today. Keeping our children safe is a top priority of the President’s," said deputy press secretary Lindsay Walters.

Walters went on to explain Friday's decision by the Justice Department to rule to ban bump stocks "following through on the President’s commitment to ban devices that turn legal weapons into illegal machine guns.”

Bump stocks were not used in the Valentine's Day shooting at Marjory Stoneman Douglas High School that left 17 dead, an attack that has since launched a reinvigorated campaign for tighter gun laws.

Trump, however, called for the Justice Department to act on the bump-stock devices, which were attached to rifles used in the Oct. 1 massacre in Las Vegas, in which 58 concert-goers were slaughtered by a lone gunman firing from a high-rise hotel.

Scores are expected at rallies in every U.S. state to call for stricter gun control in the wake of last month's mass shooting at a Parkland, Fla., high school.