The main dining facility at Camp Bullis has seen better days. It was built in the 1930s. 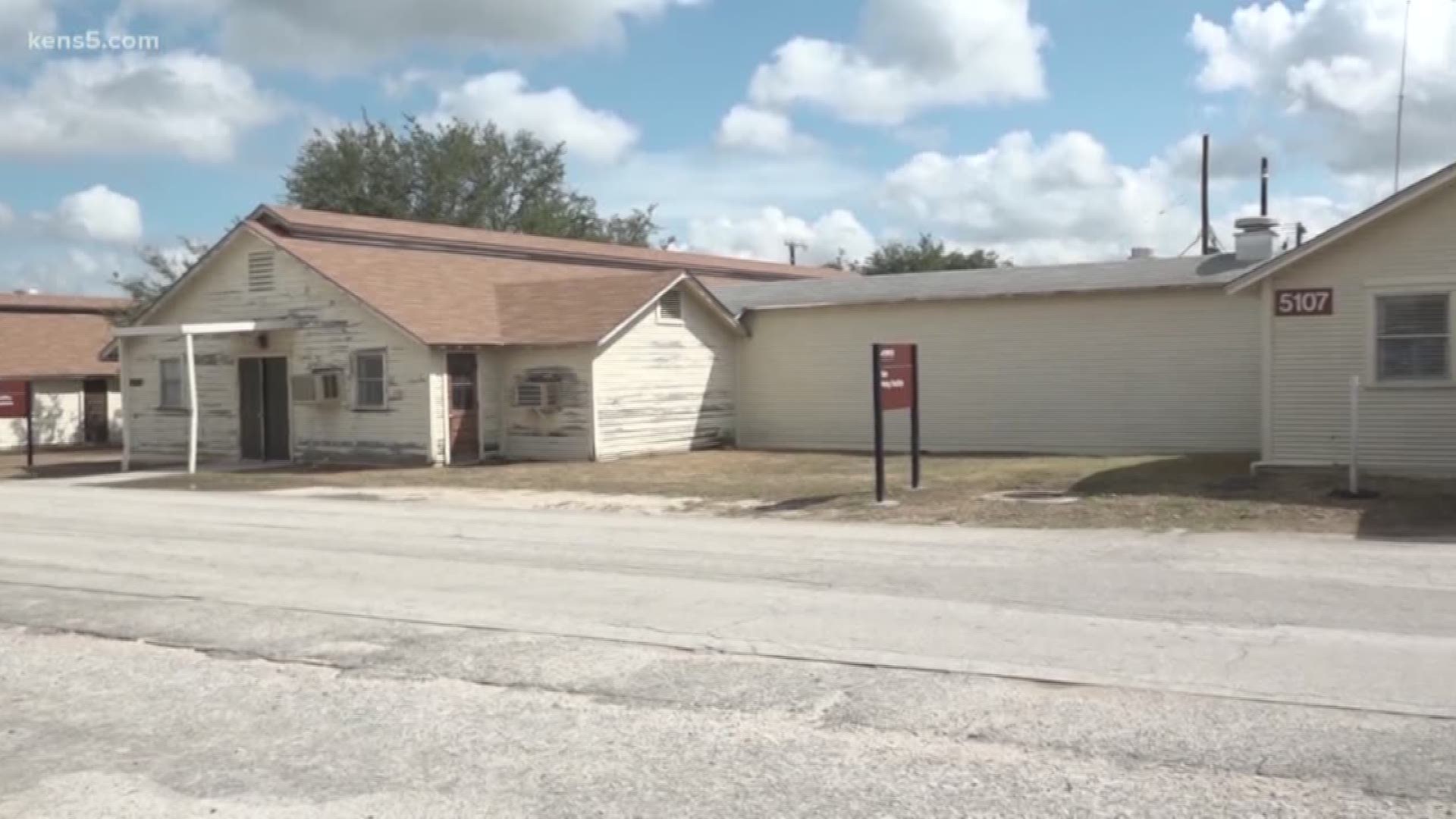 SAN ANTONIO — The Trump administration is taking $3.6 billion in military construction funds to pay for the border wall. One of the projects being put on hold is a new dining facility at Camp Bullis.

The main dining facility at Camp Bullis was built in the 1930s and it's seen better days. The exterior paint is peeling and the doors are cracked.

"We have 18 dining facilities throughout Joint Base San Antonio, this is our oldest facility," said Henry Parker, 802nd FSS Sustainment Flight Chief and dining facility operator.

Col. Samuel Fiol is the executive agent for Fort Sam Houston and Camp Bullis. He said the facility serves about 27,000 people each month. "This facility is used to feed all of the soldiers and servicemen who conduct training out here at Camp Bullis," he said. "We support units that come here from all over the United States."

Lt. Col. Andy Cullen is a deputy with 502nd Civil Engineer Group. He said the facility gets the job done, but it's not exactly comfortable. "We make sure that it's being maintained, but there haven't been any major investments in probably the last 20 years," he said.

Cullen said the aging HVAC system can barely compete with the summer heat. There isn't enough seating and the kitchen layout could be more convenient. Units that store food are located outside of the building. There also aren't any bathrooms connected to the facility.

"The main reason for the new construction is to be able to make it more efficient for dining facility operations," Cullen said.

The plans for a new, $18 million dollar facility were supposed to move forward in 2020. Now there's no telling when that will happen.

Parker isn't happy to lose this opportunity, but he said they'll figure out how to afford temporary fixes in the meantime. "That's what we do in the Air Force, we're resilient," he said. "This is not the first time we've had a project that moved to the left or to the right."

Some of those improvements include replacing doors and sealing any cracks that allow cool air to escape. They would also like to set up shade structures between the facility and the food storage units to keep employees cool as they go back and forth throughout the day.

"It's just like an old car, right?" Parker said. "You might not be able to get the engine replaced, but guess what, we'll put new tires on it."

RELATED: 450 miles of border wall by next year? In Arizona, it starts