Aviation Ordnanceman Airman Apprentice Ethan Goolsby, 20, was last seen on the USS Theodore Roosevelt (CVN-71) on Thursday morning off the coast of California. 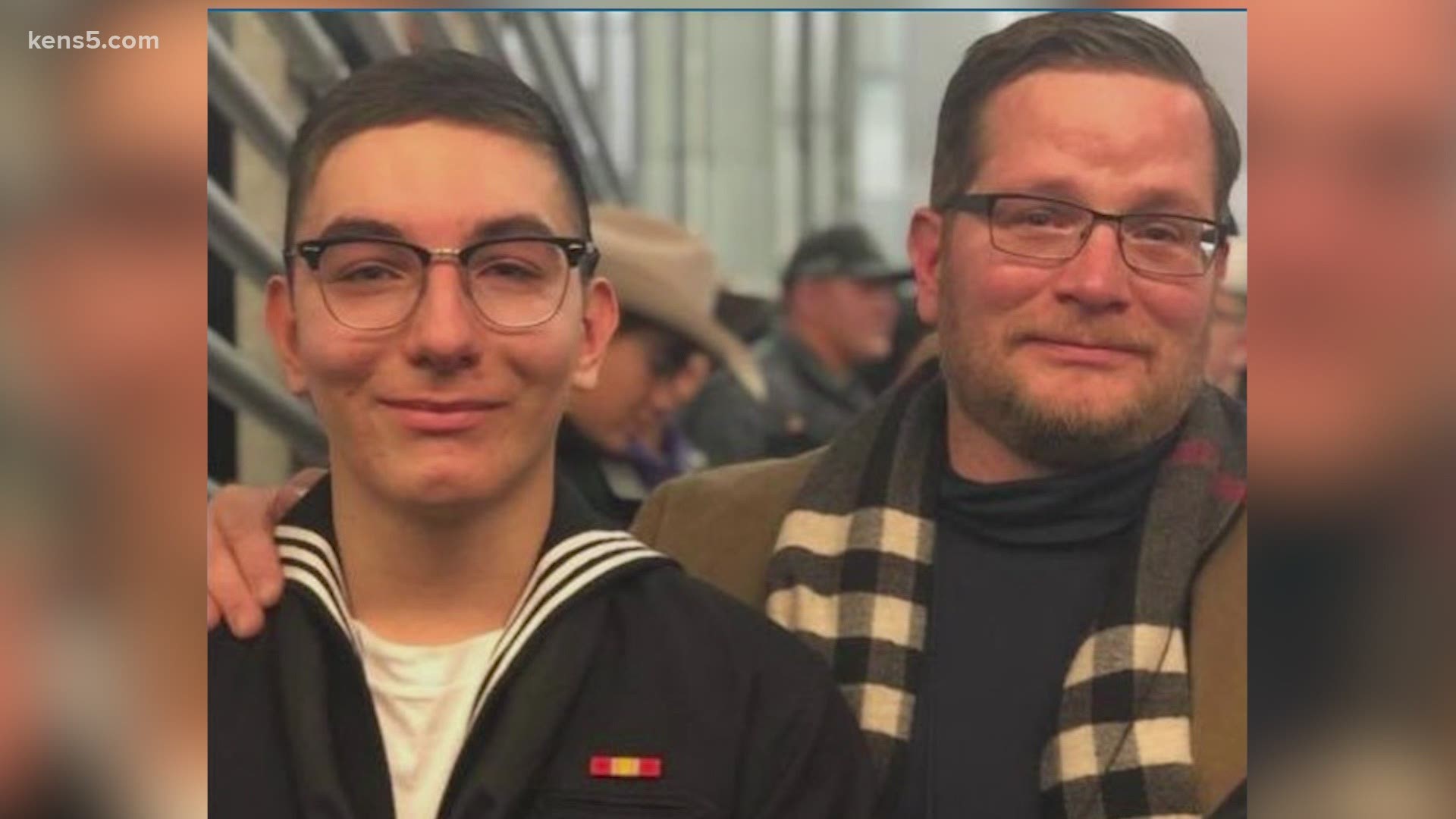 SAN ANTONIO — A search is on for a San Antonio sailor who went missing from the USS Theodore Roosevelt (CVN-71) on Thursday morning.

According to the U.S. Navy, search and rescue efforts are underway to find a "possible sailor overboard off the coast of Southern California."

The father of Aviation Ordnanceman Airman Apprentice Ethan Goolsby, 20, told KENS 5 he last spoke to his son over the weekend, when he shared how tired he was.

"He was exhausted Sunday when we talked to him before they sailed on Monday," Kelly Goolsby said. "He was supposed to be in Japan, but COVID changed everything and he got put on the Roosevelt. He had been in two by 2-week quarantines and had to go right to work. Then he worked all day Saturday and Sunday he had to do at least two 8 hours shifts, all day... Then a 3-hour break and all night."

The sailor's father said two Navy officers showed up to the family home on Thursday night.

"We hope it is an accident," Ethan's father said. "I mean it is bad. You know they don't come to your house typically for good things."

A press release put out by the Navy said: "The ship initiated search and rescue procedures after a lookout spotted what appeared to be a person in the water. Three search and rescue helicopters and a Rigid Hull Inflatable Boat were launched in response, and one Sailor was unaccounted for during a commandwide muster."

Goolsby said his son's original deployment was moved it up to leave as soon as the last quarantine group was out – and that was the group Ethan was in.

Goolsby said he is worried about sailor and crew fatigue, given what his son shared with him.

In an interview with KENS 5, Goolsby said his son called him a few weeks ago and asked him what he was doing. Goolsby told him he was watching TV and he said his son asked, "Can you watch TV with me?" and before he knew it, he got a knock on the door and his son surprised him by coming home. He said that memory shows what a big heart Ethan has.