Staff sergeant Cole Condiff was stationed at Hurlburt Field, Fla., so he called home to his parents and siblings in North Texas all the time. 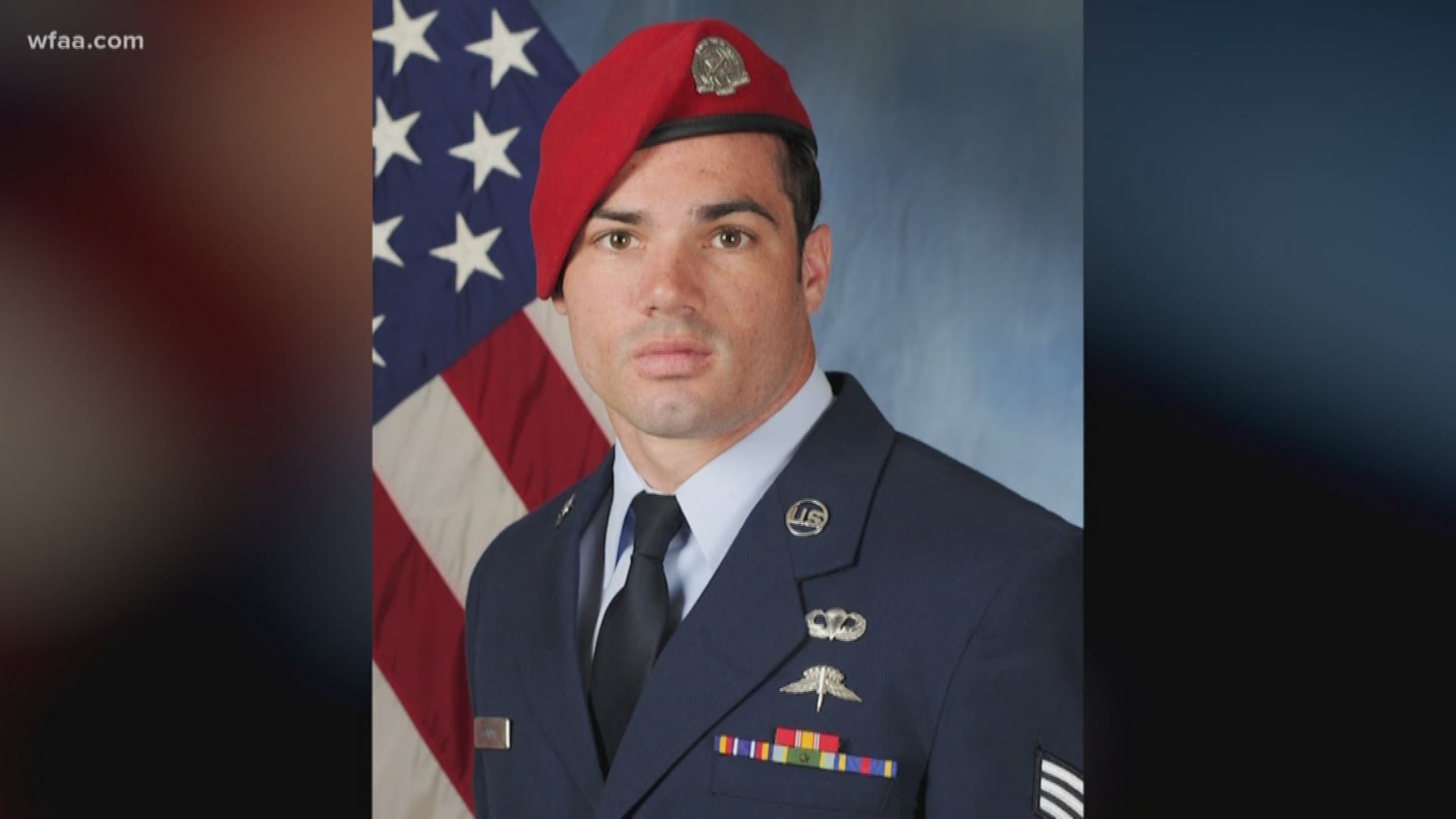 Crews are still searching for a staff sergeant in the U.S. Air Force who went missing in the Gulf of Mexico after a training accident.

Cole Condiff grew up in North Texas, and he was always a daredevil, his parents Todd and Sharsten Condiff will tell you.

Maybe then they shouldn't have been so surprised when he said he wanted to join the military.

"I would say his motto was 'God, family, country and freedoms,' and that’s just how he looked at life," Todd Condiff said.

Cole Condiff graduated from Sachse High School and enlisted in the U.S. Air Force. The staff sergeant was assigned to Hurlburt Field, Florida, but he never felt all that far from home.

But when the phone rang last Tuesday evening, Cole wasn’t on the other end.

He had gone missing after something went wrong during a training jump from a plane over the Gulf of Mexico. The Air Force described the incident as an "unplanned parachute departure" in a news release.

The Air Force is still searching for Cole Condiff's body and investigating what happened.

Meanwhile, the Condiffs are mourning the loss of the smart, dedicated man who constantly looked for ways to give to others, a beloved husband and father.

Cole Condiff had been away for six months serving in Operation Enduring Freedom.

His family thought he was going to miss his daughter's third birthday. But he had a big surprise reunion planned at the Major League Baseball All-Star Game.

You can watch a clip from the reunion here.

Today, Charley Condiff is four, and she doesn't understand the magnitude of the loss.

"She said, 'When I grow up, I’m going to go jump out of planes with my daddy,'" said Sharsten. "She is like a little clone of him, and that just made me so sad that that won’t ever happen."

Cole Condiff's wife Rachel also grew up in North Texas. At the time of the surprise, she was pregnant with now 1-year-old Quinn Condiff.

Her grandparents will make sure she’ll know her father through pictures and stories of bravery they can’t wait to share.

"It’s evil in some places, and they have to fight that for good," said Todd. "It's just cool to think that’s what he was doing with our name."

"He’s on the other side working now," he said.

Family and friends have started a GoFundMe page for Cole Condiff's wife and daughters as they plan for life without him.