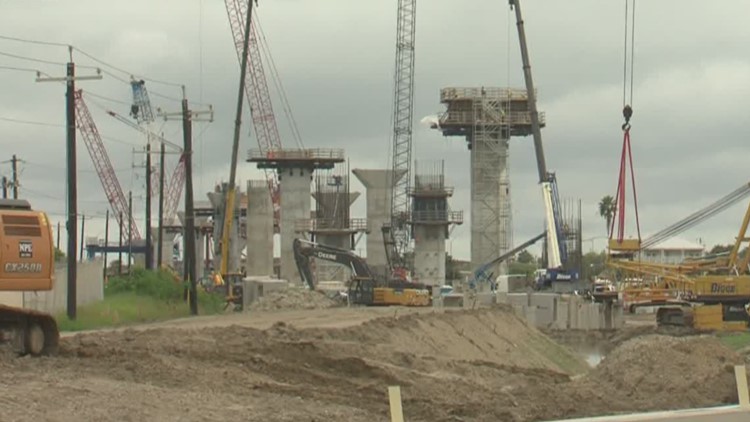 CORPUS CHRISTI, Texas — The New Harbor Bridge Project no longer looks like it will be completed by 2020 as originally projected, according to representatives from Flatiron-Dragados.

The company responsible for the project, Flatiron-Dragados, told Nueces County Judge Barbara Canales Tuesday during a Commissiners Court meeting that the project in moving along but has faced some delays due to weather.

The project includes the removal of the old Harbor Bridge.

According to a news release from Flatiron-Dragados Thursday, the new bridge construction will be finished in summer of 2020, but the removal of the old Harbor Bridge will not be competed until the fall of 2021.