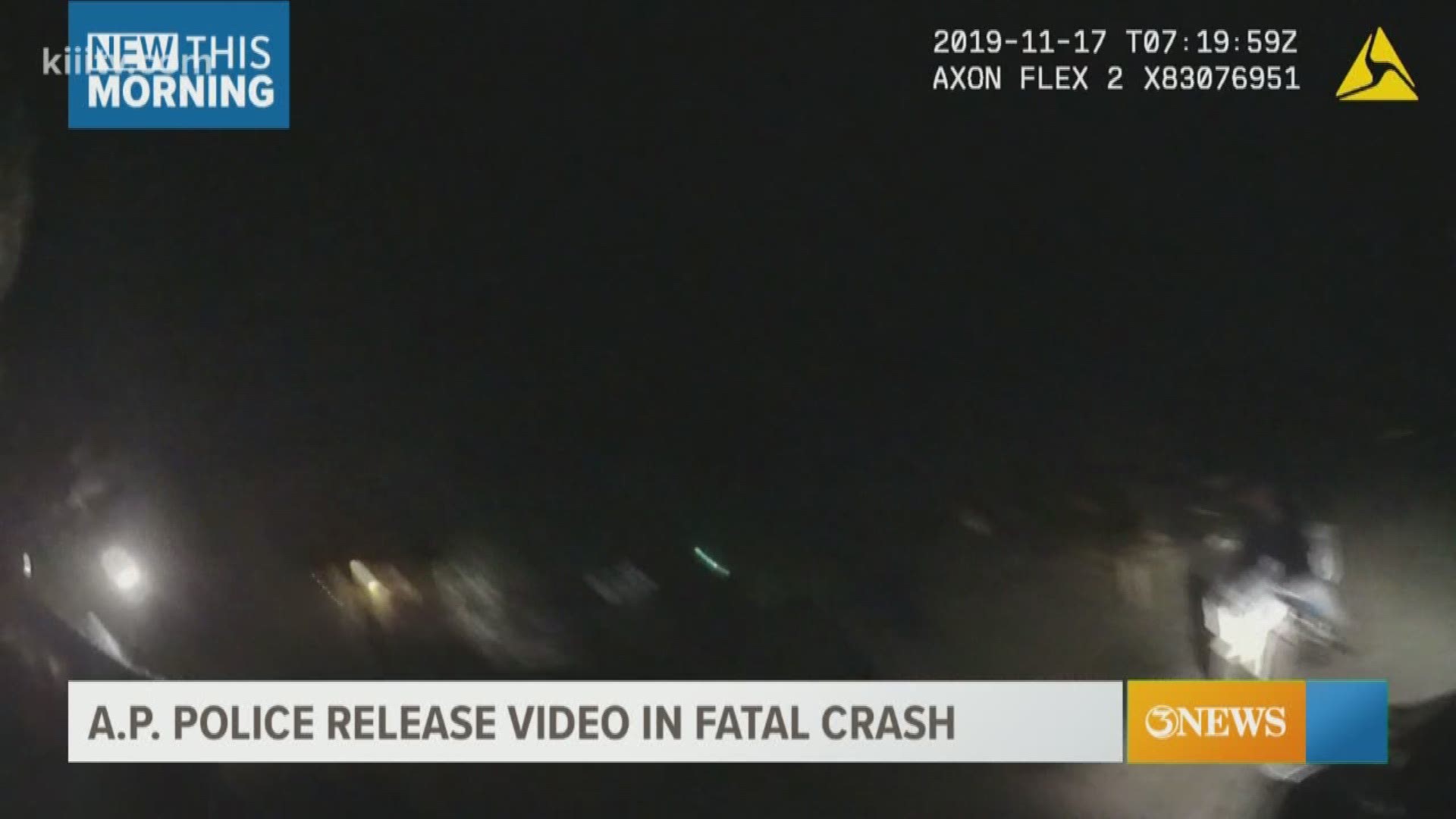 ARANSAS PASS, Texas — New details this morning in the fatal crash of a motorcyclist in Aransas Pass this past weekend.

It happened around 1:00 a.m. Sunday morning. Police say 25-year-old Tony Kaufman was toying with officers and ended up crashing into one of them. He was killed on impact.

Police were originally dispatched after someone called 911 to report someone on a motorcycle driving recklessly in a residential area. The caller said the cyclist seemed to be driving at 80 mph, up and down the street repeatedly.

One officer can be heard yelling at Kaufman to stop as he speeds away from them. "He just took off from me," says the officer. "I'm not pursuing."

The resident called again to report the motorcyclist had moved to another street, at which point officers made contact and identified Kaufman. Finally at Harrison Boulevard, Kaufman collided with a police unit, and the bike ended up in a grassy lot. Kaufman died on impact. The officers in the unit sustained minor injuries.

Aransas Pass police say at no point were they in active pursuit of Kaufman, nor did they use the PIT maneuver to stop him. There is now an internal investigation to review officer policies and procedures within the department.