Why is presidential candidate Michael Bloomberg running ads in Spokane?

The former NYC mayor is running for president as a Democrat, and buying huge quantities of TV spots.

SPOKANE, Wash. — If you've watched any TV in Spokane in the past week, you've probably seen the ads encouraging you to support Michael Bloomberg for president.

The billionaire businessman and former mayor of New York City is seeking the Democratic nomination to run against President Trump in 2020.

A presidential candidate buying ads in Spokane is extremely rare

According to KREM 2 Director of Sales Diane Daugherty, with only one exception, no presidential campaign has ever purchased TV time in the Spokane market.

That single exception was when Bernie Sanders held a rally in the arena back in 2016 and bought some spots advertising his visit.

Political Action Committees do sometimes buy ads in Spokane, which affect the presidential race, and candidates will sometimes buy national airtime. But the Bloomberg campaign is essentially unprecedented in its decision to directly buy spots in this market.

Bloomberg's spending is, as Daugherty put it, unheard of. He's already dropped roughly $200,000 on spots in Spokane and his first buy totaled nearly $40 million nationwide.

He has buys in all 50 states and nearly 100 local markets.

So why is he breaking precedent so severely and buying tons of ads in the Spokane area? There are a few reasons.

One, because he can

According to Forbes, Michael Bloomberg is the ninth-richest person in the world, worth $55.5 billion. He can afford to drop a few tens of millions on his campaign.

Two, he sort of has to

He's entering the race extremely late. Considering that fact, his current 4% polling average is pretty impressive. He trails only four other candidates nationally.

But those candidates have established voting blocs and messaging. Bloomberg still needs to get his message out. Ads of course are a way to do that.

He also knows he probably won't win in the early states, so he's focusing his money basically everywhere else.

Three, Spokane matters more now than it ever has before

One, Democrats will use a balloted primary rather than an in-person caucus this year.

Two, that primary will happen much earlier than it has in the past.

In 2016, the non-binding primary was on May 24, and the caucus was on March 26. Either way, that late in the cycle means the nominations are usually wrapped up already, giving Washington negligible import.

In 2020, the binding primary has been moved to March 10. Idaho's primarily will fall on that same day.

Being just a week after the critical rush of primaries known as Super Tuesday will give both states a shot at influencing the outcome of the nomination process.

That means the Inland Northwest could become a crucial battleground, seeing more ads in the future and even candidate visits.

Now since you're likely already seeing Bloomberg's ads, we also wanted to offer a quick fact check for a few claims within them.

One Bloomberg spot airing on KREM states "In the shadow of 9-11, Mike is elected mayor of a shaken city. He rebuilds, creating 400,000 new jobs."

However, the unemployment rate actually went up by more than 3%, from 5.2 to 8.3, a figure surely heavily related to the effects of the global recession in 2008.

The graduation rates are pretty easy to verify and that claim checks out.

Barely half of high school students were graduating when Bloomberg first took office. That figure was more like three-quarters after he left.

The teacher pay claim is mostly true. When he first took office, Bloomberg reached an agreement with teachers that significantly increased salaries.

But later in his tenure and immediately following the recession, he often fought with teachers unions who wanted more reliable raises.

The ads, naturally, omit some of Bloomberg's biggest controversies as mayor.

Those include the stop and frisk policy, which disproportionately affected people of color. Bloomberg has recently apologized for his intensive support of the policy.

Although this is among the first presidential candidate ads ever bought in Spokane, it's unlikely to be the last, unless one of the Democrats wraps up the nomination very soon. 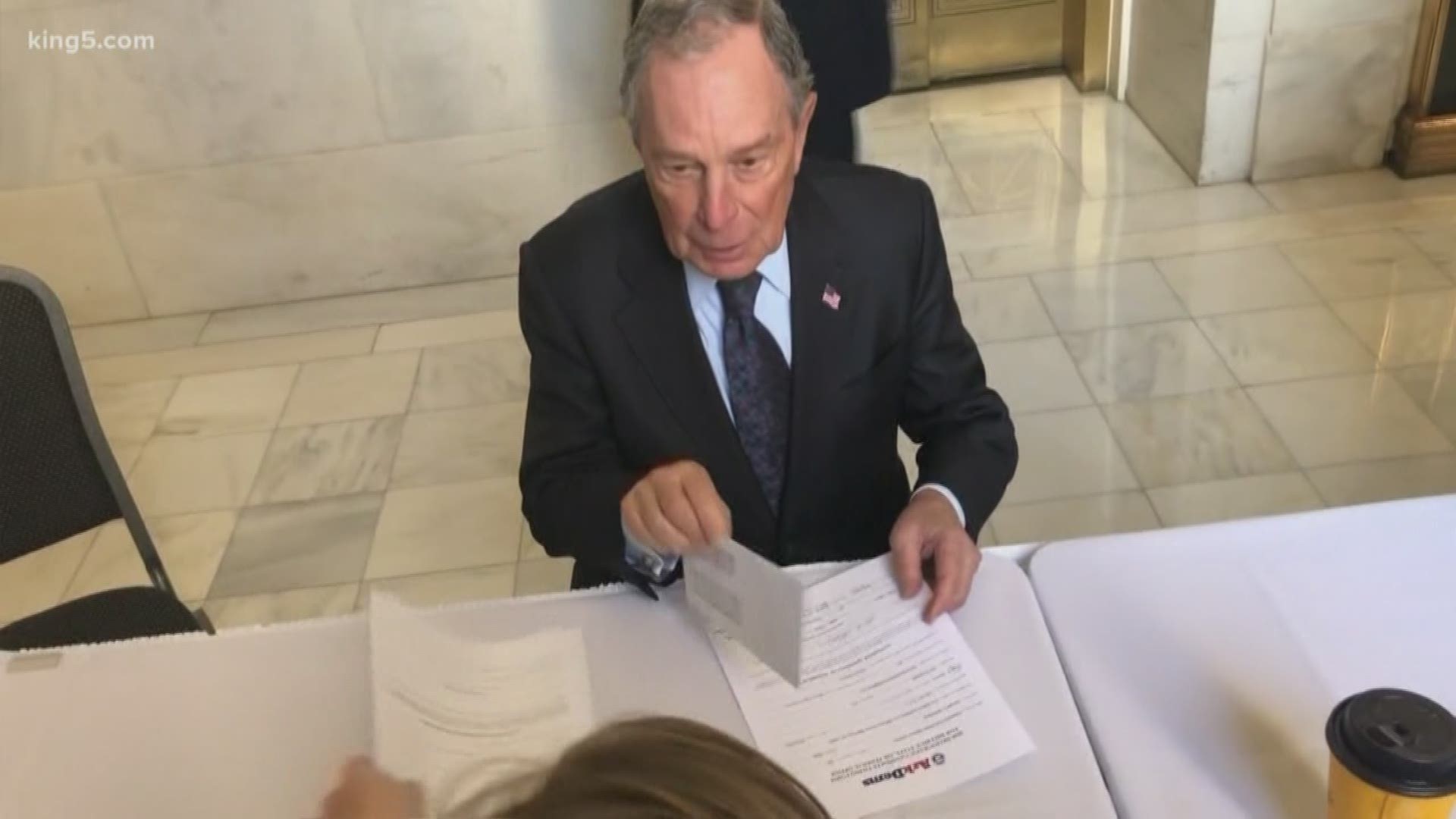