Nueces County political leaders believe it's too late in the game to have to print new ballots and recalibrate the voting machines. 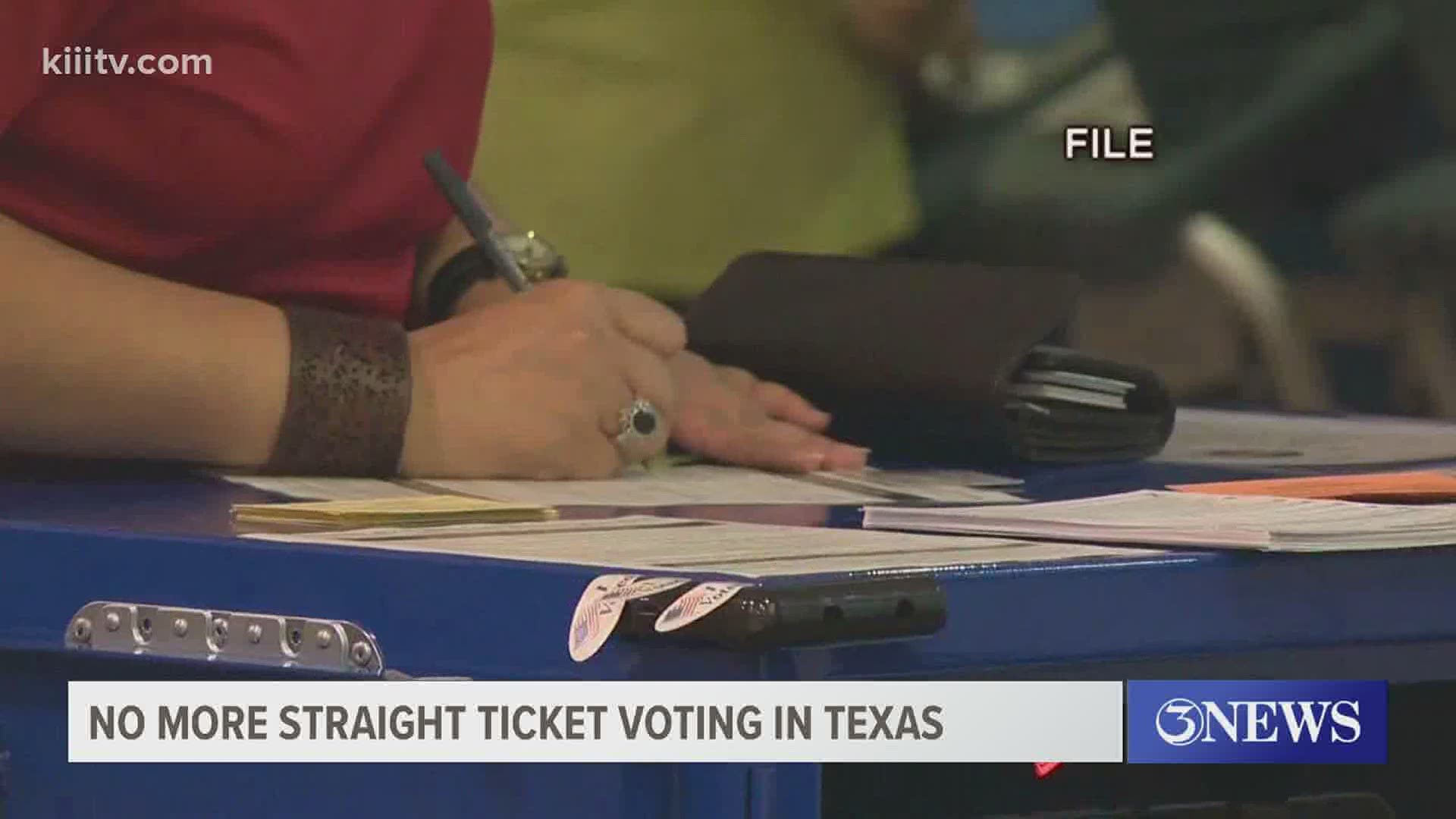 CORPUS CHRISTI, Texas — Reactions coming in from local political party leaders concerning the practice of straight ticket voting. In other words, picking all the republicans on the ballot or all the democrats with one simple mark.

Late last week, a federal judge blocked the state of Texas from eliminating that practice.

Republican lawmakers in Texas voted in the change during the 2017 legislative session, saying it would compel voters to make more-informed decisions by having them go through the entire ballot.

Local party representatives say of their respective parties, their voters know who to vote for. However, politics being politics, both representatives had their own thoughts on the straight party voting system.

“We're in the middle of a pandemic and extending the ballot, making it longer or harder for people to vote is not the wisest thing to do in a pandemic,” said Joseph Ramirez of the Nueces County Democratic Party. “This is something that should have been addressed when it was first brought up or at least 90 days ago before they started programming the machines.”

Friday U.S. District Judge Marina Garcia Marmolejo citied the coronavirus pandemic, saying the elimination of the voting practice would "cause irreparable injury" to voters "by creating mass lines at the polls and increasing the amount of time voters are exposed to COVID-19."

The judge went on to say she found the GOP-backed law would "impose a discriminatory burden" on black and Hispanic voters.

“One side or the other sometimes will say it benefits the other side rather than us, no. We believe that either way we're in good shape with the candidates that we have,” said Jim Kaelin with the Nueces County Republican Party. “We've got good candidates and I think that they'll carry their own - whichever method is chosen.”

The day after the ruling, Texas Attorney General Ken Paxton filed a motion to stop the judge's order and intends to file an immediate appeal of the district court's ruling.

It seems Nueces County political leaders believe it's too late in the game to have to print new ballots and recalibrate the voting machines. The district judge even acknowledged that in her opinion.

“To start changing the system at this point and time is getting to be a little precarious,” said Kaelin.

“With early voting starting, well, its 15 days away on October 13, you would have to reprogram all of the voting machines across the state of Texas,” said Ramirez.

Whatever the outcome from the courts, whether straight party voting or otherwise, come election day veteran voters we'll find out which works best for them.