County Clerk Kara Sands, who is also the county's election official says there is a system in place to stop any one from voting twice. 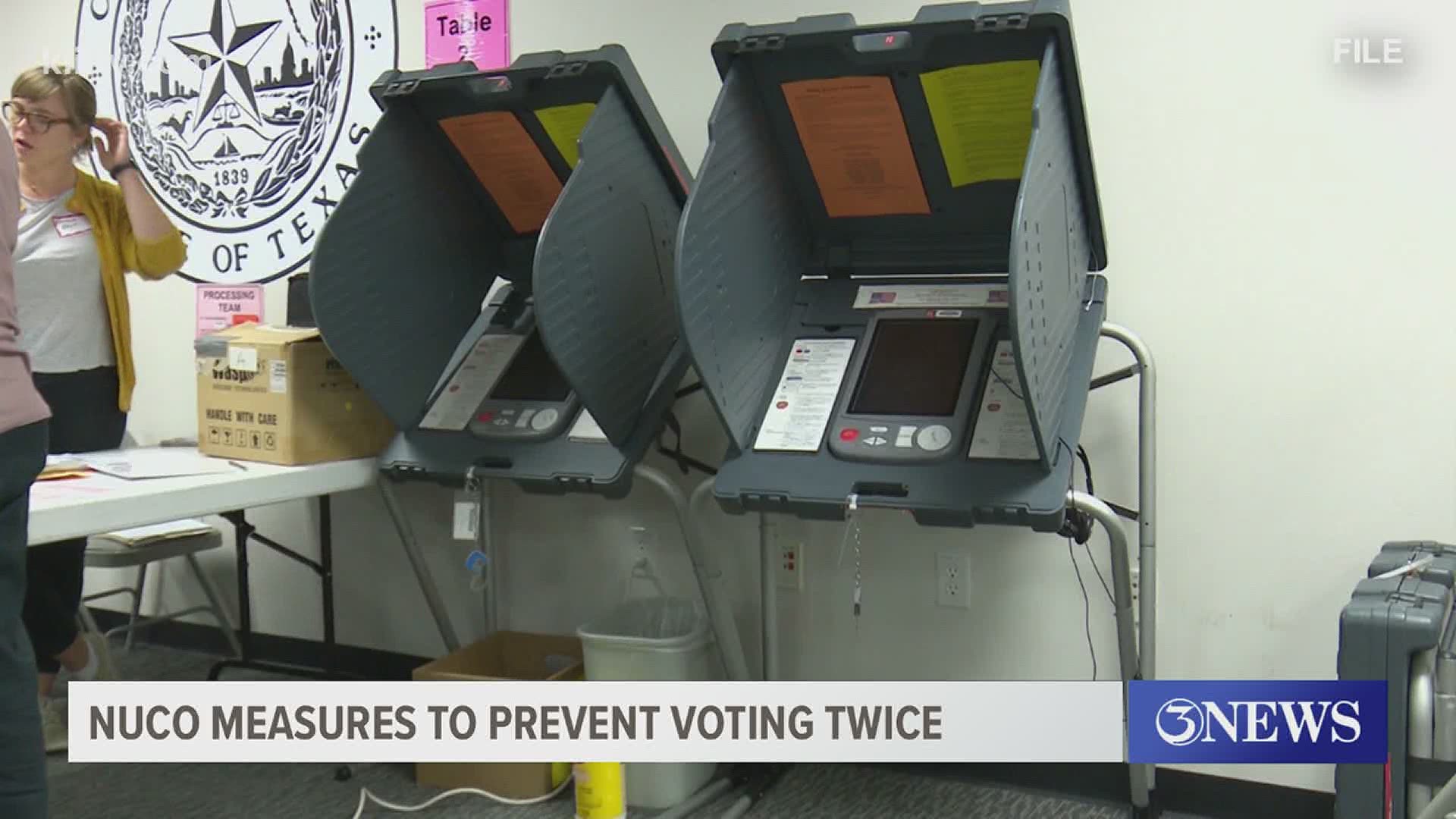 County Clerk Kara Sands, who is also the county's election official says there is a system in place to stop any one from voting twice. It just can't happen.

“So, our system here we do have a failsafe,” said Sand. “So, if someone, their ballot does not get to us, or if they're concerned about their ballot getting lost, they can cancel it and vote in person and even if we get that ballot, somehow finds its way here, it will not be counted. bottom line you can either vote in person or vote by mail. "

When it comes to the failsafe system, Sands tells 3News there are a couple of layers of checks and balances.

“If someone has received has requested and received a mail in ballot and they go to a polling location and try to vote in person, the system its gonna come up, I’m sorry you've been mailed a ballot,” said Sands.

Then there's also the county elections ballot board made up of ten republicans and ten democrats. Each ballot is reviewed by both sides before it's tabulated into the system.

3News spoke with representatives on both sides of the isle today confirmed, they agree, the county have a pretty good voting system in place.

"They look for errors that might suggest voter fraud. Is this effective? I guarantee you this is effective as anything can be,” said Republican Party Chair, Jim Kaelin.

"It's a cohesive bipartisan group that does the vote by mail process, once it gets to the county clerk and I feel good about it," said member of Get the Vote Out, Becky Moeller.

Although this may go down as an unprecedented election year over all,  our Nueces County elections system has proven to work in the past, and when you get both parties to agree that it's done just that, we're all the better for it.