An accident near Robstown has left six people dead. 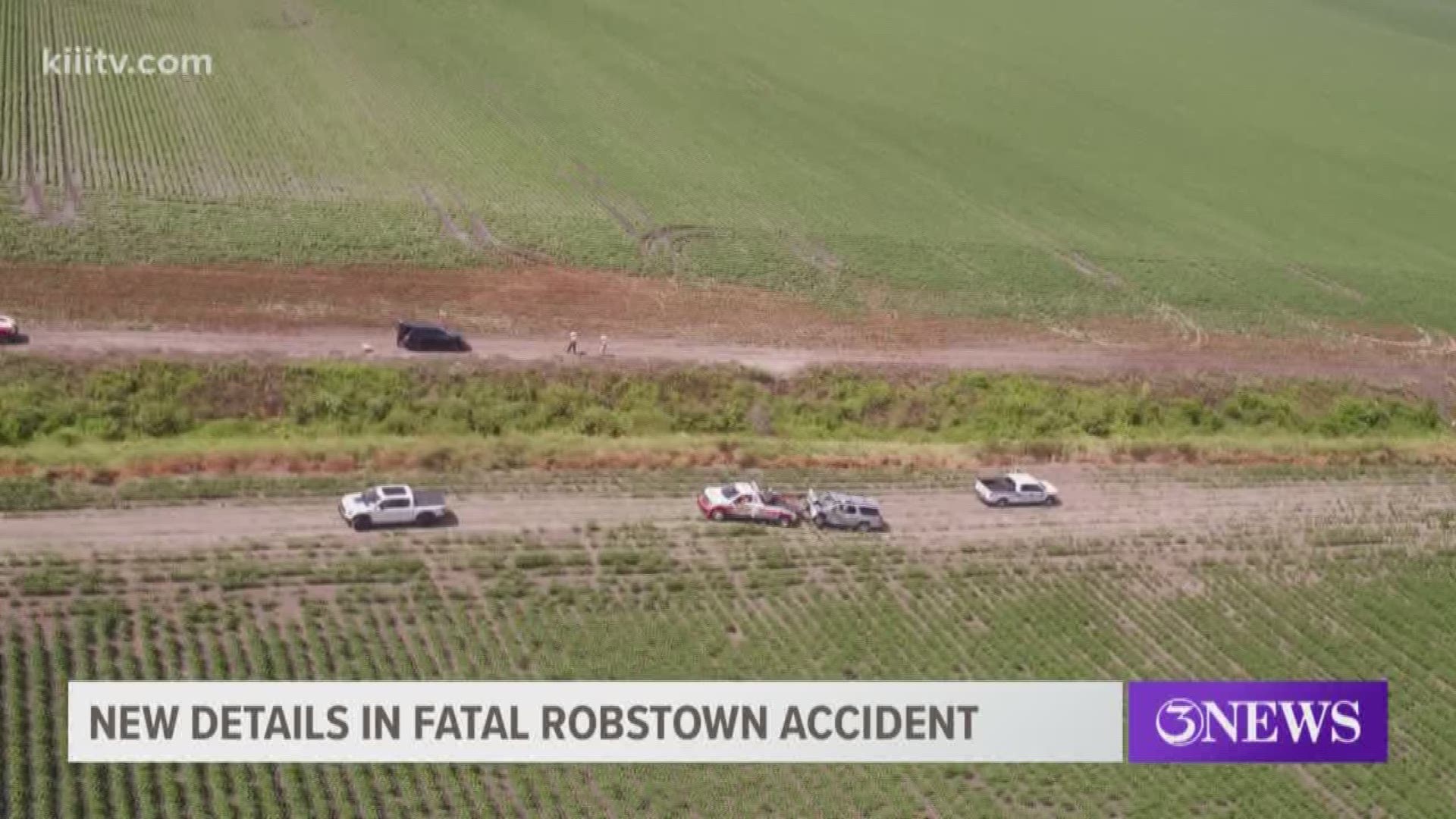 Police could not specify the ages or identities of the victims, but said they are from El Salvador, Mexico and Guatemala.

It all started just before 11:30 p.m. Tuesday when Robstown police tried to pull over an SUV that was speeding southbound on Highway 77. The driver refused to stop and exited toward the Richard M. Borchard Fairgrounds.

The officer lost sight of the SUV before spotting it again on the side of some railroad tracks near the Wells Fargo, heading toward FM 1694. At that point they lost track of the vehicle and ended their pursuit.

At around 4 a.m. Wednesday Metrocom received a call from someone who said a young man was knocking at her door near FM 1694 and County Road 44. Nueces County Sheriff's deputies were dispatched to that location but the man was gone.

An hour later, they received another call about two young men who were injured and walking near the highway. Deputies said they only spoke Spanish. The two led deputies to the SUV, which had crashed in a ditch around a nearby field.

Inside the SUV, six males were found dead, along with another six individuals found injured outside of the vehicle.

"The bailouts and routine trafficking that occurs through Nueces County and 25 miles of Highway 77, that is going on as we speak," Nueces County Sheriff J.C. Hooper said.

Hooper said there is an early indication that none of the men were related, and that the case had the classic appearance of a human trafficking incident.

In total, seven men were taken to the hospital -- four to Christus Spohn Shoreline Hospital and three to Bay Area Hospital. Deputies said they also took the two young men who were initially found into custody.

Authorities are still working to identify those who dies as well as those who remain hospitalized.

Meanwhile, authorities believe there are others who still may be on the run from the crash. Authorities searched properties in the area of FM 24 all afternoon, including an area fireworks stand to see if anyone may be hiding inside.

They were also called to the Tractor Supply Company off Highway 77 to search that area as well.

Sheriff Hooper said they will continue to respond to any reports they may receive, and asked that residents remain vigilant.

Brooks County Sheriff Benny Martinez weighed in on the situation as well since it involved suspected undocumented immigrants. He said though they rarely see accidents with several fatalities, the incident highlights the lengths people will go to in order to get into our country.

Martinez said they have seen an increase in undocumented immigrants in the South Texas area, with many of them sneaking onto private land in hopes of not getting caught. He said they see at least two or three bailouts a week, and while the amount of bailouts has decreased from past numbers, they are seeing more people per group sneaking across the border.

There were at least 14 people in the SUV during Wednesday morning's incident.

Martinez said incidents like the crash in Robstown show how many people can get across in one vehicle.

"It's sad in terms of what occurs, the end result, but as law enforcement personnel you still have to do your part," Martinez said. "It's just a part of it. A part of this immigration issue that hasn't been resolved."

Martinez said it is important for all law enforcement agencies to communicate in order to intercept the amount of undocumented immigrants coming across the border.