"The goal of having zero fatalities, we met that and that's the best we can have. We didn't lose anybody," said Mayor of Corpus Christi, Joe McComb. 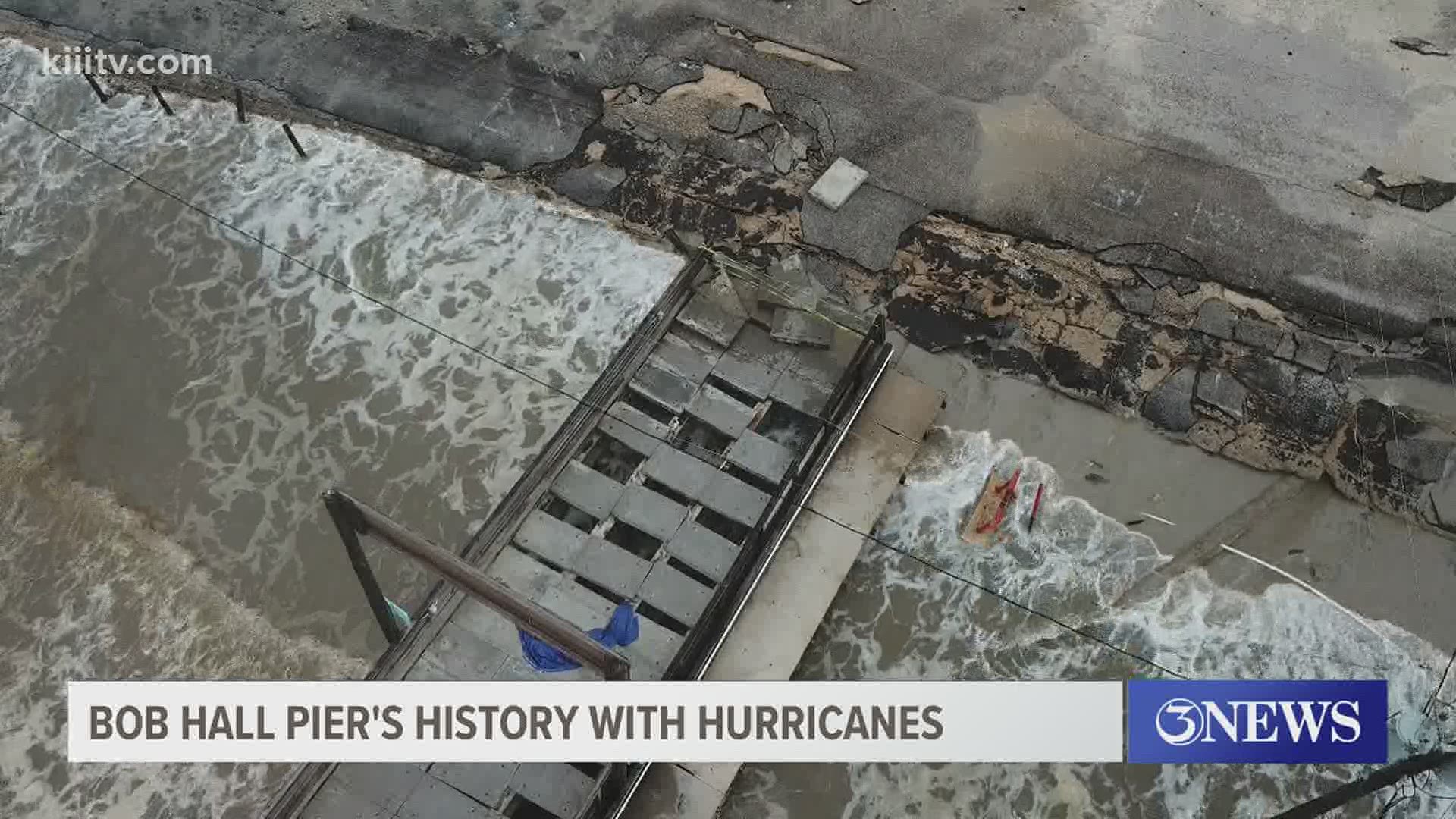 CORPUS CHRISTI, Texas — On Sunday, Corpus Christi and Nueces County officials talked with 3 New about what's next for Bob Hall Pier and how many hurricanes it has survived.

For the Coastal Bend, Hurricane Hanna was a one day event. She came and she left.

"The goal of having zero fatalities, we met that and that's the best we can have. We didn't lose anybody," said Mayor of Corpus Christi, Joe McComb.

Zero fatalities, but countless destruction. Some of those, on Bob Hall Pier, or what's left of Bob Hall Pier.

KIII 3 News
Lots of debris on Bob Hall Pier. As the sun rises, first responders will be able to assess the damage that Hurricane Hanna caused throughout our area. 📸 Credit: Christine Simnacher

There was a significant amount of damage to Bob Hall Pier caused by Hurricane Hanna. Despite the back end of Bob Hall Pier breaking off, Mikel May's is doing just fine. Judge Barbara Canales says numerous piers around the Coastal Bend were damaged in yesterday's extreme conditions. Full story: https://www.kiiitv.com/article/news/breaking-news-the-end-of-bob-hall-pier-has-possible-collapsed/503-e4dff64d-03e7-4dc9-bb4a-c20782b85dff

"They originally built a wooden pier in the 1950s. The county decided instead of going back with the wooden pier, go with a concrete pier that can withstand storms better. This is the first time in the 37 year history of this pier that it's come off," said local official, Greg Smith. Smith said every hurricane that comes face to face with Bob Hall Pier is different.

"Hanna, very much a water storm. A broad storm to make landfall 100 miles south of here and do this kind of damage. Harvery was a cat 4 storm and that gulf was angry during Harvey, so it made it through the cat 4 but not the cat 1"

On Sunday, Nueces County Judge, Barbara Canales got a first hand look of 'the morning after' and what Hanna left.

"We took a beating out here on Bob Hall Pier. I'm particularly a little heart broken because we lost a lot of beach and the erosion in my opinion looks severe. You can see here on the ramp up, the concrete blocks have been moved. Think about the force of the water that had to move those blocks," said Canales. And those blocks are not light or easy to move.

"The wave action was powerful enough to just knock those 12 hundred pound concrete blocks into the Gulf of Mexico. Pretty powerful stuff"

Judge Canales said herself and other local officials are planning on getting Bob Hall Pier back up and steady on its pillars once again.

"Put our heads together and find all the resources and funds that'll be necessary to make sure that we restore this great pass time back in its health again," Said Canales.

Judge Canales also said there is still no word yet on when repairs can begin.