Police say two suspects entered the apartment of the victim and got into a dispute over drugs. 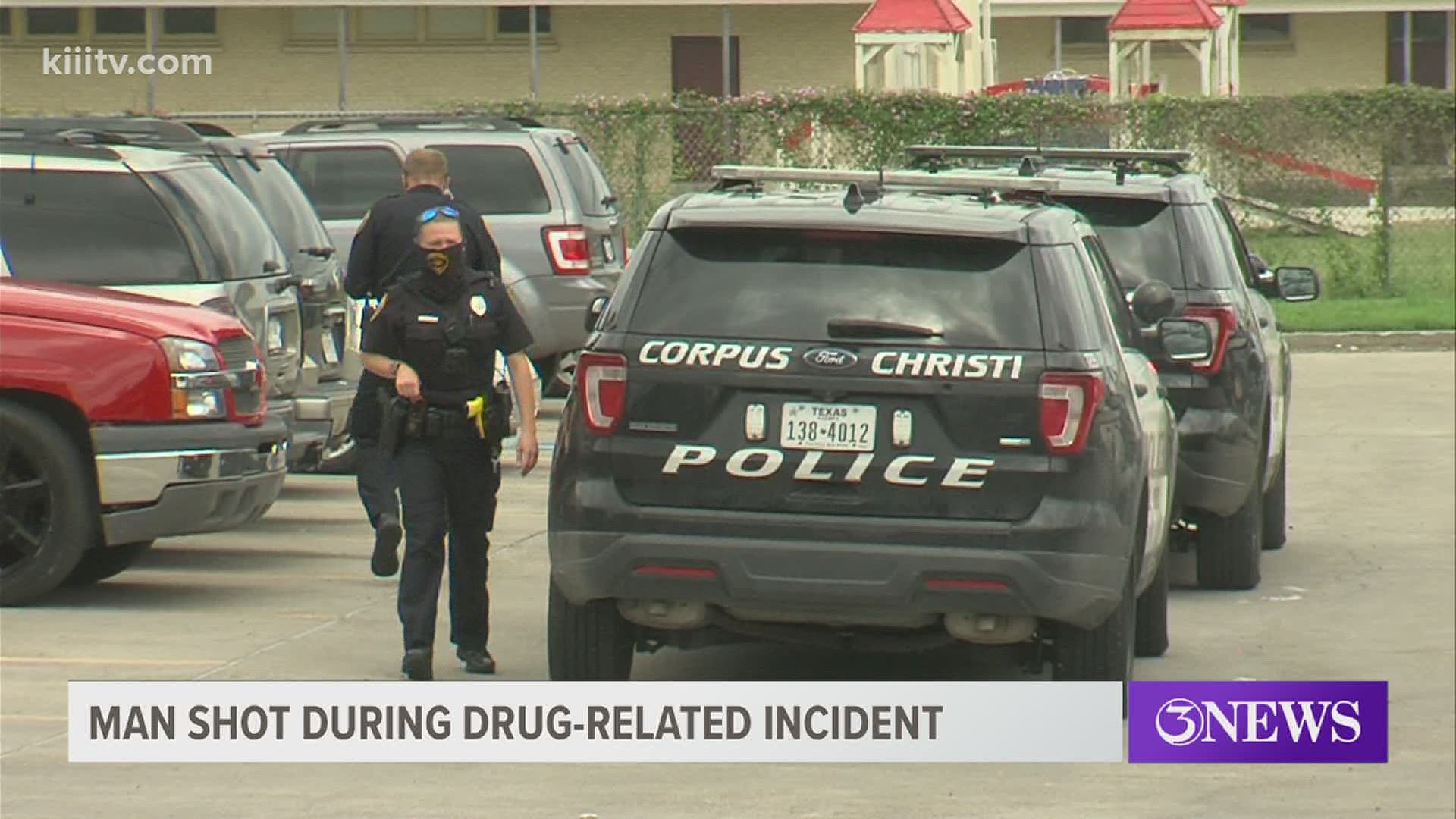 CORPUS CHRISTI, Texas — One man is in the hospital after being shot at the La Armada Housing. Police say it was a drug related incident.

The incident occurred around 12:30 p.m. Monday, September 22. Police were called to the 1500 block of Southgate Drive, in the La Armada Housing.