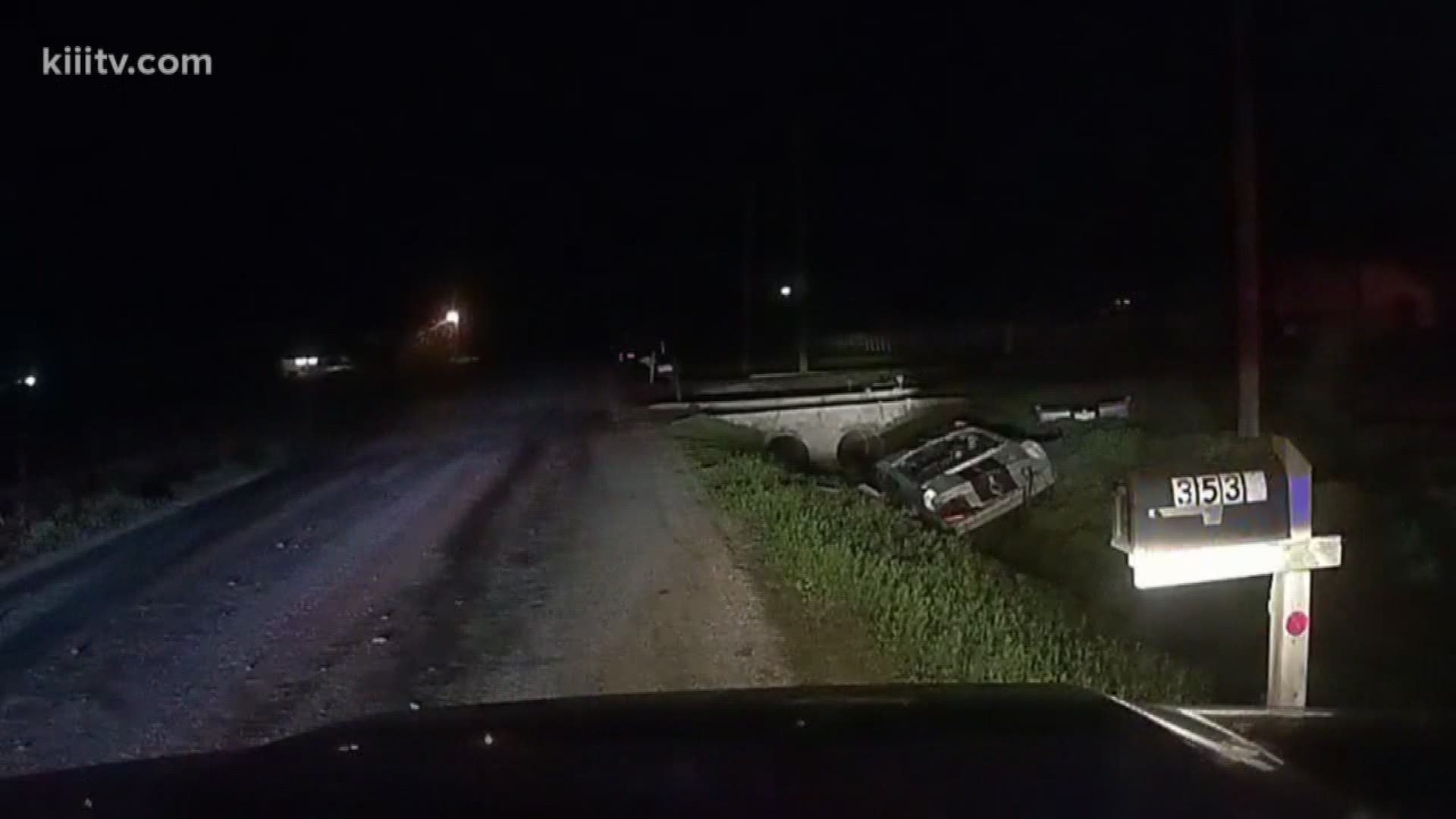 DPS says a 2008 Mustang Ford GT was traveling west on County Road 48 when it veered right, and hit a cement drainage system in the ditch.

There were five people in the car. Officials said they were all between the ages of 18-19.

Officials say everyone was ejected from the car except the front seat passenger who was wearing a seat belt.

The driver of the vehicle has been identified as 18-year-old Justin Franco, and was pronounced dead on the scene.

The remaining passengers were taken to the hospital. DPS says they suffered serious injuries.

This is a developing news story, check back for updates.