The Queen of the Sea fountain was built at La Retama Park in 1914. 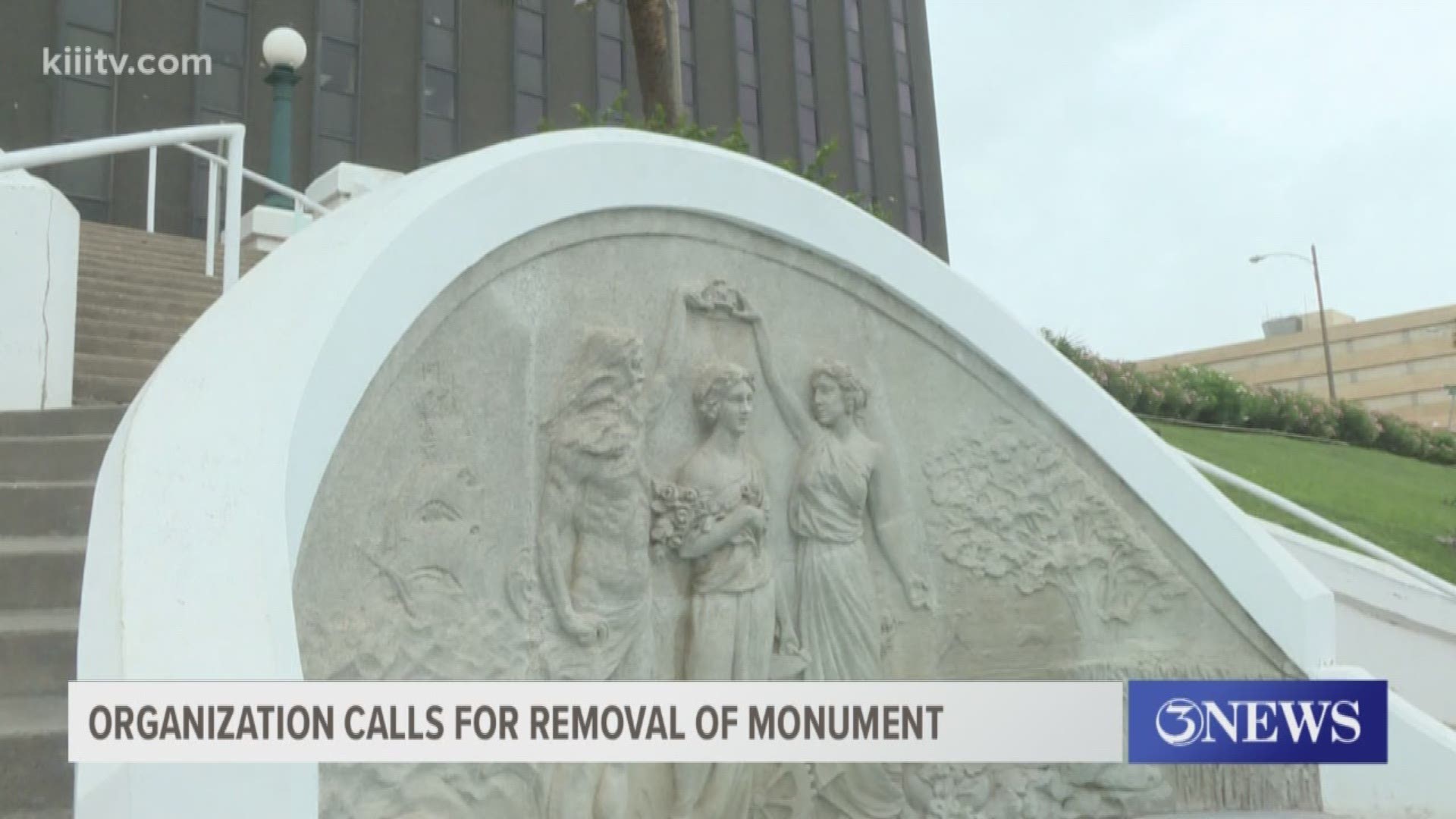 CORPUS CHRISTI, Texas — On Thursday, a local organization called for the removal of a monument in downtown Corpus Christi commissioned by the Daughters of The Confederacy.

The Queen of the Sea fountain was built at La Retama Park in 1914.

"It actually represents the unification of the land and the sea which is a really beautiful concept," Zy Johnson, a member of the Corpus Christi chapter of Democratic Socialists of America, said. "While the external aesthetics of this monument might not seem offensive, the commissioners of the statue absolutely spread offensive and intolerant information through The South."

Members of the Corpus Christi Chapter of the Democratic Socialists of America said anything associated with the confederacy represents the suppression of black people in America.

The organization is calling for city council and the Texas Historical Commission to remove the monument.

It will be quite a long process but we believe it's something worth fighting for especially in this time to really affirm black lives in this community," community organizer Chloe Torres said.

Their efforts joined many across the U.S. to get rid of confederate statues and symbolism.

The DOC  has responded to those calls around the country on their website with the statement in part "We are saddened that some people find anything connected with the confederacy to be offensive. Our confederate ancestors were and are Americans. we as an organization do not sit in judgment of them nor do we impose the standards of the 19th century on Americans of the 21st century."

Credit: Daughters of the Confederacy

DSA members said they would like to see the money that would go towards maintaining the monument to something that helps and uplifts the community.

"There are so many possibilities but we want more community input," Torres said.