14 correctional officers have currently tested positive and they are all at home recovering. 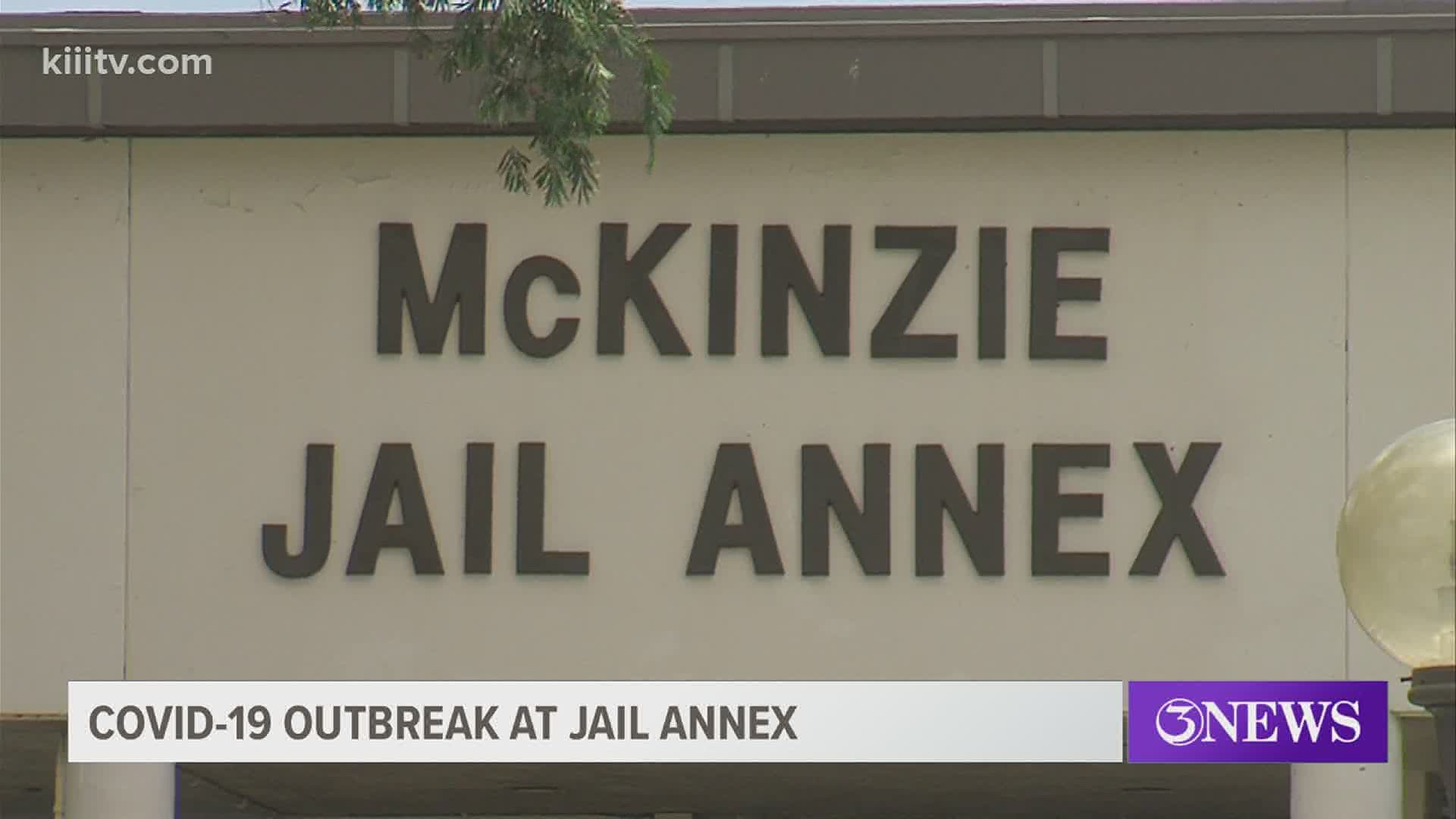 NUECES COUNTY, Texas — There's been a major outbreak of the coronavirus at the Nueces County McKinzie Jail Annex. So far, 87 out of 90 inmates in one part of the facility, plus 14 correctional officers have tested positive.

Nueces County Judge Barbara Canales tells 3News that county officials knew back on July 3 that one of the inmates who was being treated for another medical condition tested positive. Canales added that all of those inmates are under quarantine and will stay that way for 14 days.

"The sheriff relayed to me they perform two health screenings each day on people who they suspect or are concerned about," Canales said. "There's proper PPE equipment being used for correctional officers and the medical staff."

Nueces County Sheriff J.C. Hooper laid out an even more detailed account of when officials knew  about the positive inmate and what they then did.

"On June 25, one of the inmates that was housed here at the McKinzie Annex went to the hospital on an unrelated issue and while he was in the hospital he tested positive for the virus," Hooper said. "We immediately addressed  the three dorms that this inmate could've come in contact to and that started back on the 26th when we immediately went to twice a day medical screenings. "

Sheriff Hooper said that he and other jail officials had always worried about something like this happening. 

"We always knew that if the virus made it inside of this building that there would probably be a widespread issue with the virus and that has now come true, but the inmates have received top-notch care," Hooper said. "About 14 of them have now shown a variety of symptoms all minor none of them are currently in the hospital. " 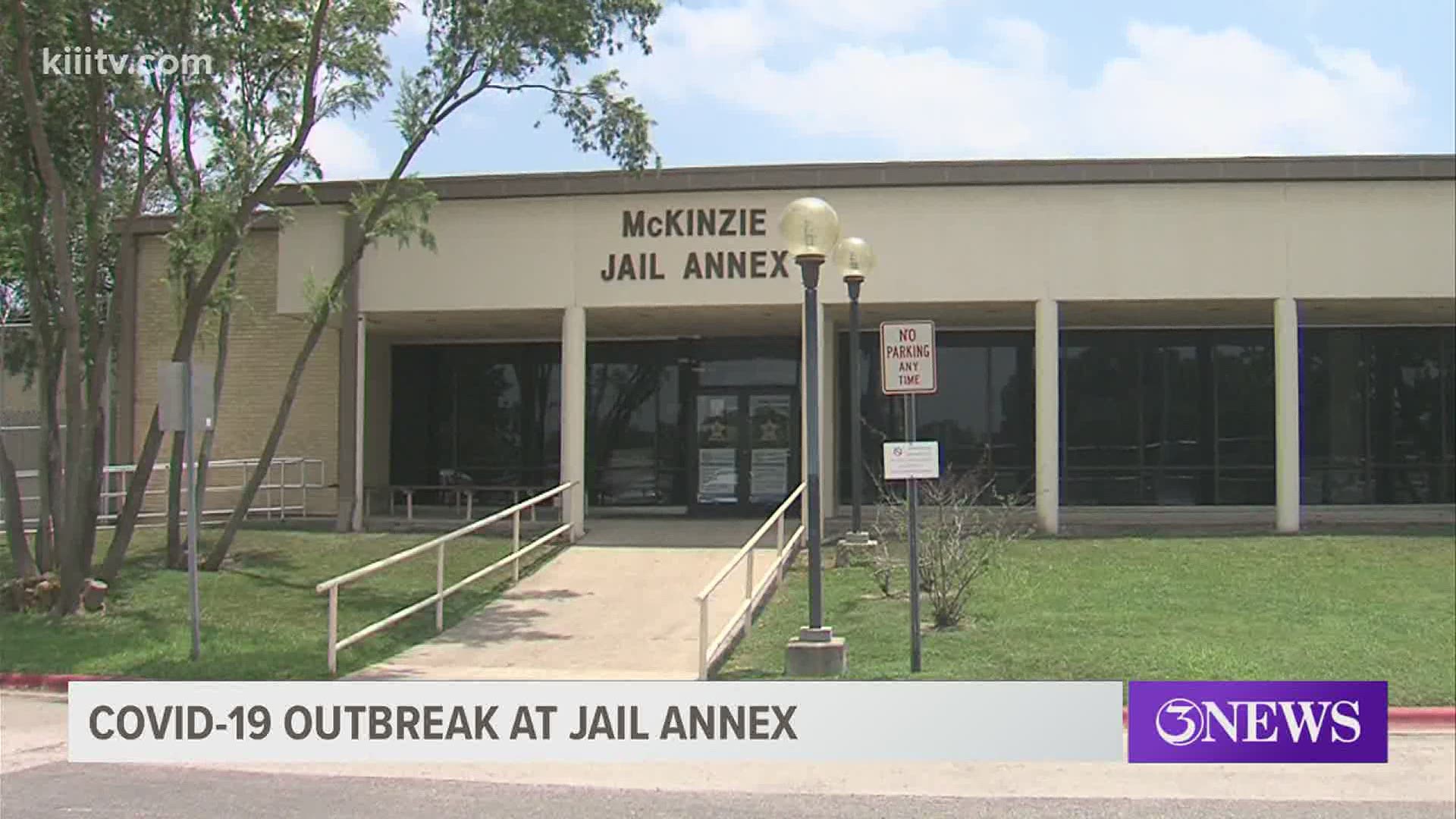