Engineer Don Deaver tells 3News that an investigation like this is going to take a long time to be completed. 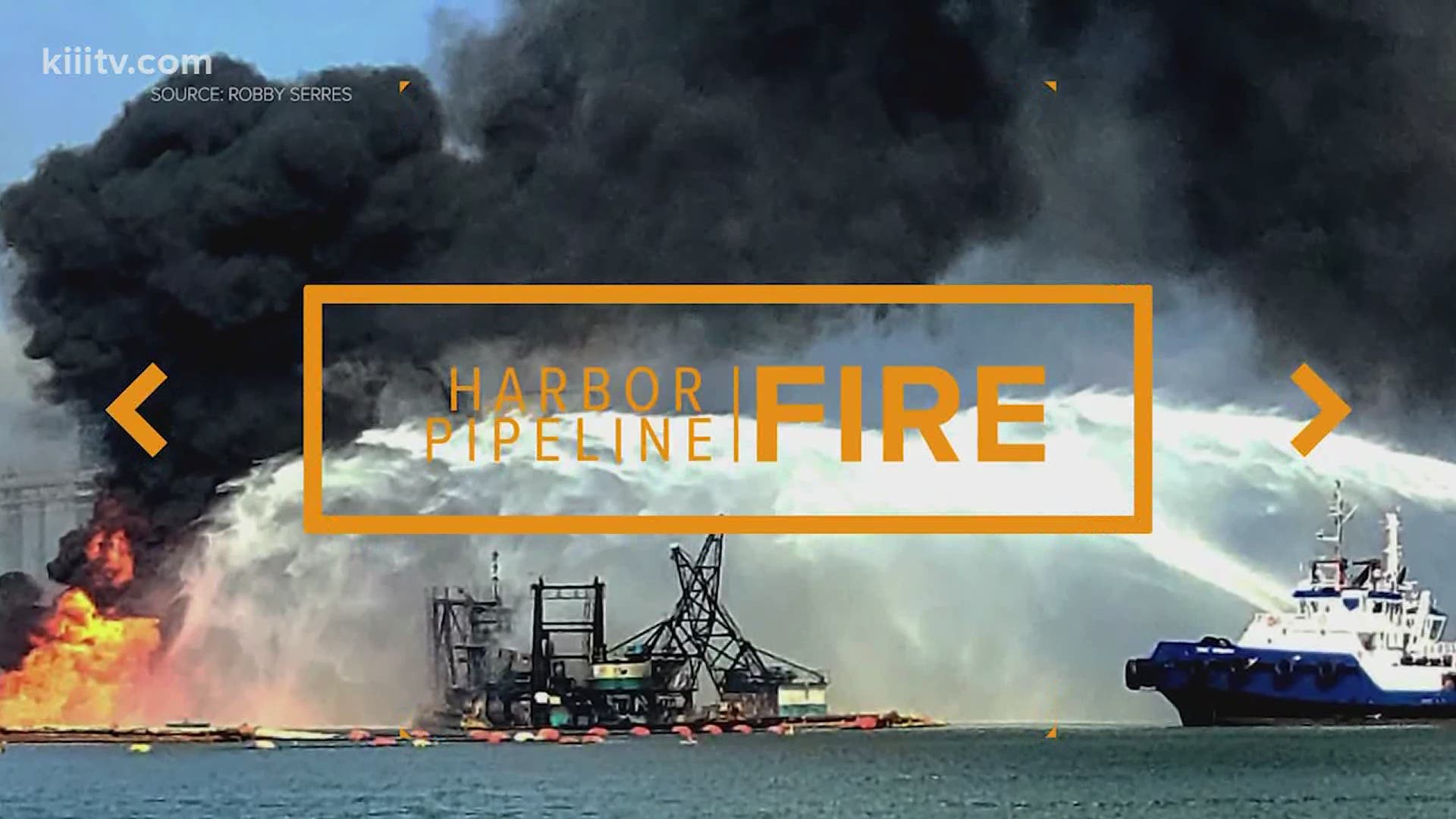 CORPUS CHRISTI, Texas — 3News spoke with Public Safety Engineer Don Deaver to try and get some answers to the many questions people have after four men were killed and a number other crewmen were injured after a dredging vessel struck a propane pipeline on August 21.

That morning, just after 8 o'clock the crew of the Wayman Boyd Dredging Vessel had somehow struck a propane pipeline along the Inner Harbor. That sparked an explosion which sunk the vessel and killed four of the 19 crewmen.

A number of other workers onboard suffered various injuries from the explosion and fire. Almost immediately, three lawsuits were filed against Orion Marine Construction who owns the Waymon Boyd. The law firm representing those clients vows to ensure a complete investigation is done.

“What we are being told is that the pipeline in question that was hit was not on the survey that was provided to the men on the dredge so they didn't know it was there when they were dredging and that's what led them to striking it and obviously the ignition and explosion,” said Buzbee Law Firm Attorney Chris Leavitt.

Deaver finds himself in courtrooms across the Country on a regular basis. That’s because he’s called on to testify as an expert witness. He runs Deatech Consulants out of Houston. He has nearly 60 years of experience in the oil and gas pipeline business. He said that an investigation like this is going to take a long time to be completed.

”It’s important to know where the pipelines are located; it sounds to me based on my experience that there wasn’t enough planning and engineering to actually develop a work plan with people to follow set procedures,” said Deaver.

Deaver also points out that if all else fails, visual markers along the Inner Harbor should have served as warning signs that a propane pipeline was near that dredger.

“A pipeline should put signs or markers on inside of the ship channel to mark where the pipelines are,” said Deaver. “If everything fails you’re supposed to have signs up there and markers out there along the pipeline route to help the people lineup and know where they are.”

Another concern that Deaver has is the length of the time that this investigation is probably going to take. Deaver feels that at a minimum it’s going to be a year before it’s wrapped up.

In that time, Deaver feels there will be a lot of lost opportunities for other people to be able to learn from what went wrong here and to keep the same thing from happening again.