A man is dead after police say he was hit by a car while riding his motorcycle on the Crosstown Expressway, near the Horne exit. 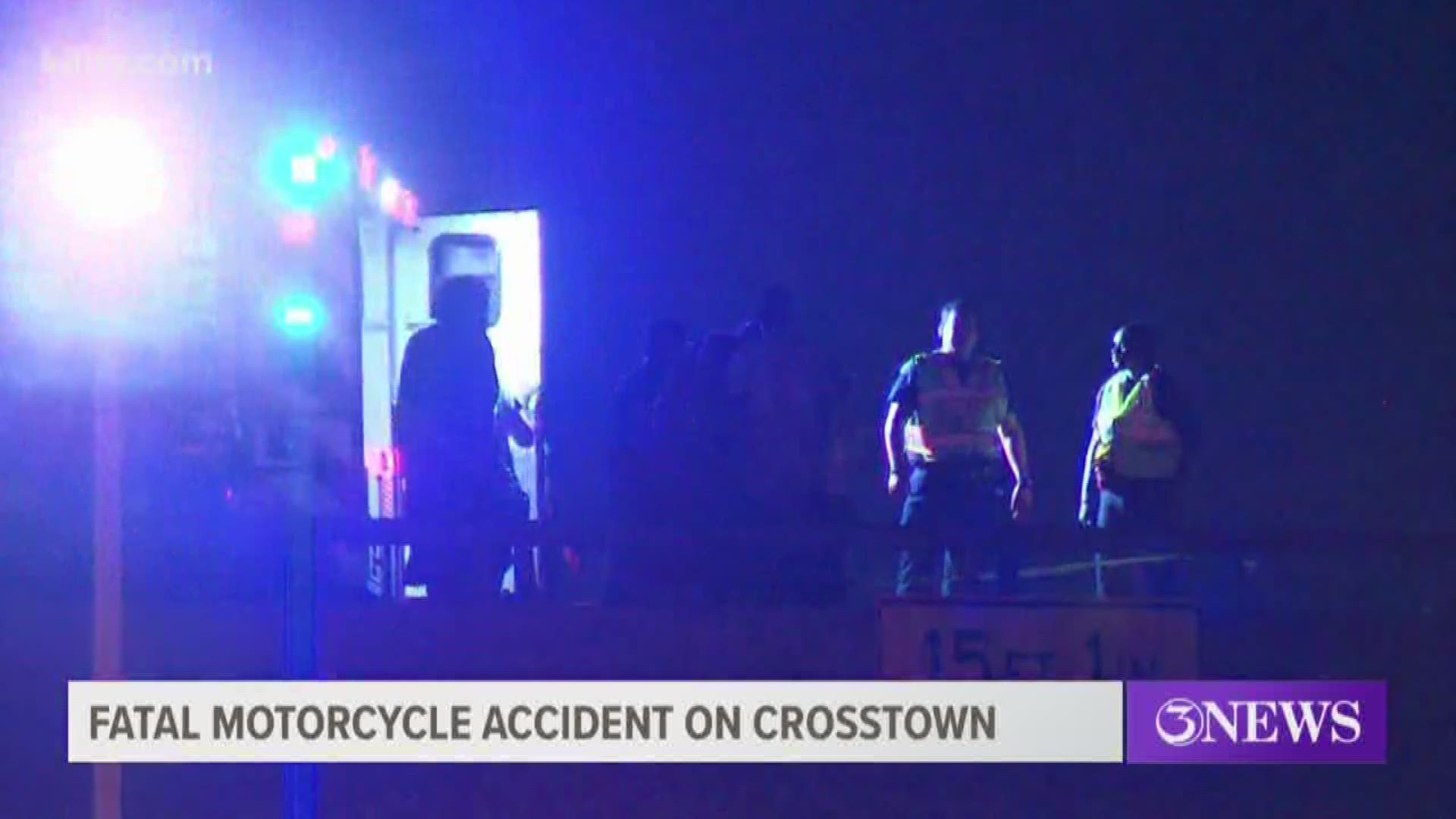 CORPUS CHRISTI, Texas — Sections of the Crosstown Expressway, on the overpass just before the Horne exit were shutdown Friday night as police investigated a motorcycle accident that left one man dead.

Police say it happened just before 10 p.m., when a man riding his motorcycle on the Expressway was hit by another car.

The cause of the accident is still under investigation, but police don't believe alcohol was a factor.

The man's identity has not been released.