"This creates a concern for the officers," Scott Leeton President of the Police Officers Association said. 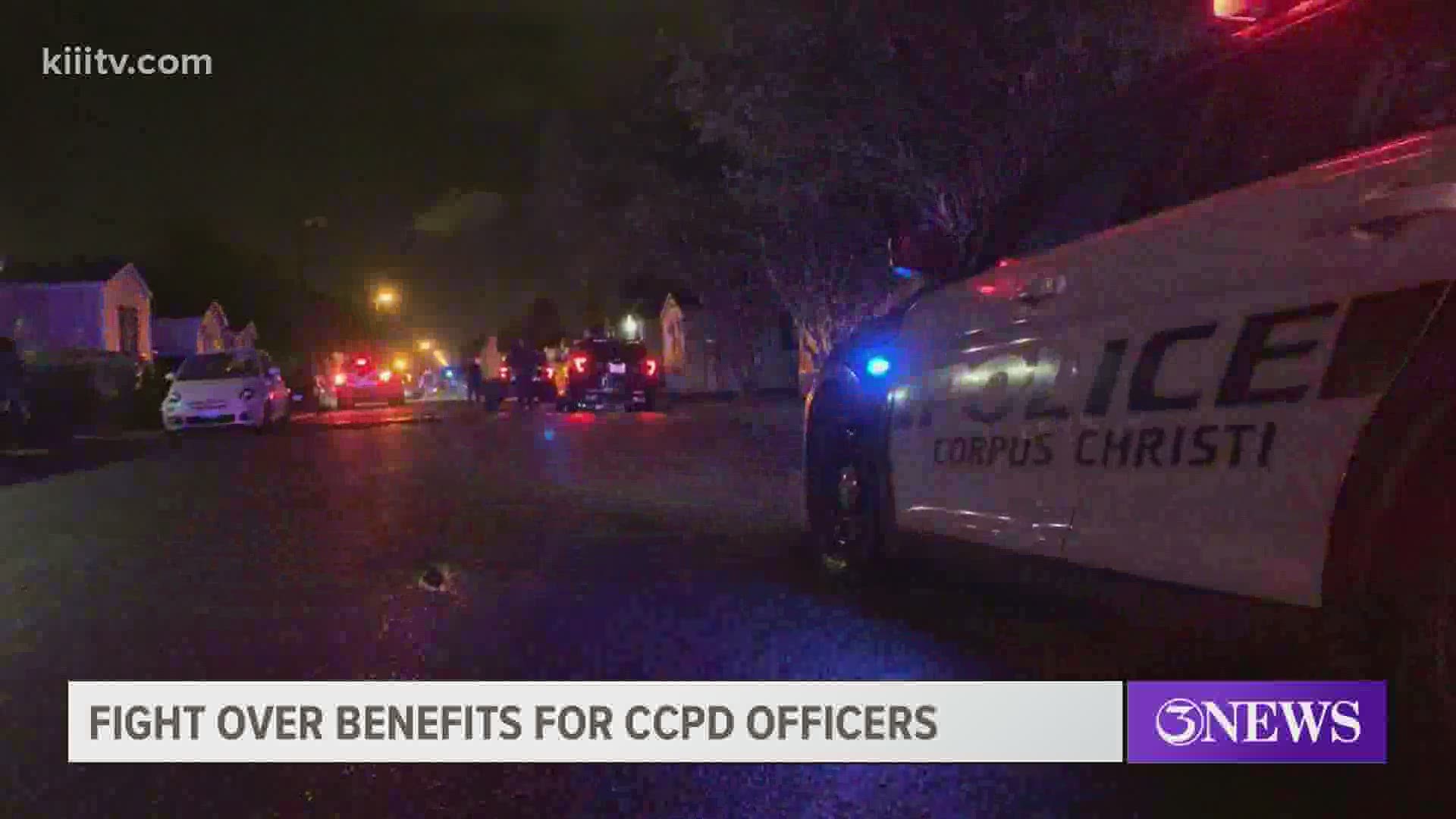 CORPUS CHRISTI, Texas — The Corpus Christi Police Officer’s Association is still hoping to get clarification on whether the two Corpus Christi police officers who recently died of COVID are going to be judged to have died from the virus in the line of duty.

New details on this huge issue has our police officers expressing their concerns about whether their families will be taken care of if they contract the virus and die.

"This creates a concern for the officers," Scott Leeton President of the Police Officers Association said.

Leeton said the reactions from his fellow officers to the story we had on Wednesday night spotlighted that there is a real concern that the family members of officers who die from coronavirus complications won’t get all the death benefits that one might expect.

City Manager Peter Zanoni told us that our two recent officer deaths were being considered as off duty deaths.

"In both cases the COVID was, they believe, was obtained outside of employment so it wasn’t during the job," Zanoni said.

Leeton sent us a document from the City’s Human Resources department that was sent out on April 8. It discusses COVID-19 testing and filing procedures for workman’s compensation for first responders.

It spells out guidance that under the presumptive statue, the City presumes the first responder contracted COVID-19 in the line of duty, but after hearing Zanoni's comments, Leeton is still wondering where officer’s stand.

"That is not the feeling I now have, nor the officers working for this department, Leeton said. "they feel like they’ve been thrown to the wolves so to speak."

We contacted City Manager Peter Zanoni about this guidance and this whole issue and he sent us this statement:

"We have not received a workers comp claim by either party as of 8 a.m. We have not investigated and if we receive we will investigate.”

Meanwhile, Mayor Joe McComb had this to say about the situation:

”What the City has agreed to, the City they will honor. Now I don’t know all that down in the weeds, that’s what managements for. That’s what we got a legal department for and a human resources department for so I’ll have to let them speak in address that. That’s not an issue for the council.”

Leeton said he feels that our two COVID officer deaths are eventually going to be ruled as in the line of duty.

"I believe that the Chief and that the department are going to follow the appropriate paperwork," Leeton said. "I’m 99-percent sure they are.”

That would be news to the families of the two officers. That would mean that they would be in line to receive somewhere in the neighborhood of $1 million in death benefits.