The teens were caught shoplifting at the Stripes store on Everhart Road and Snowgoose. 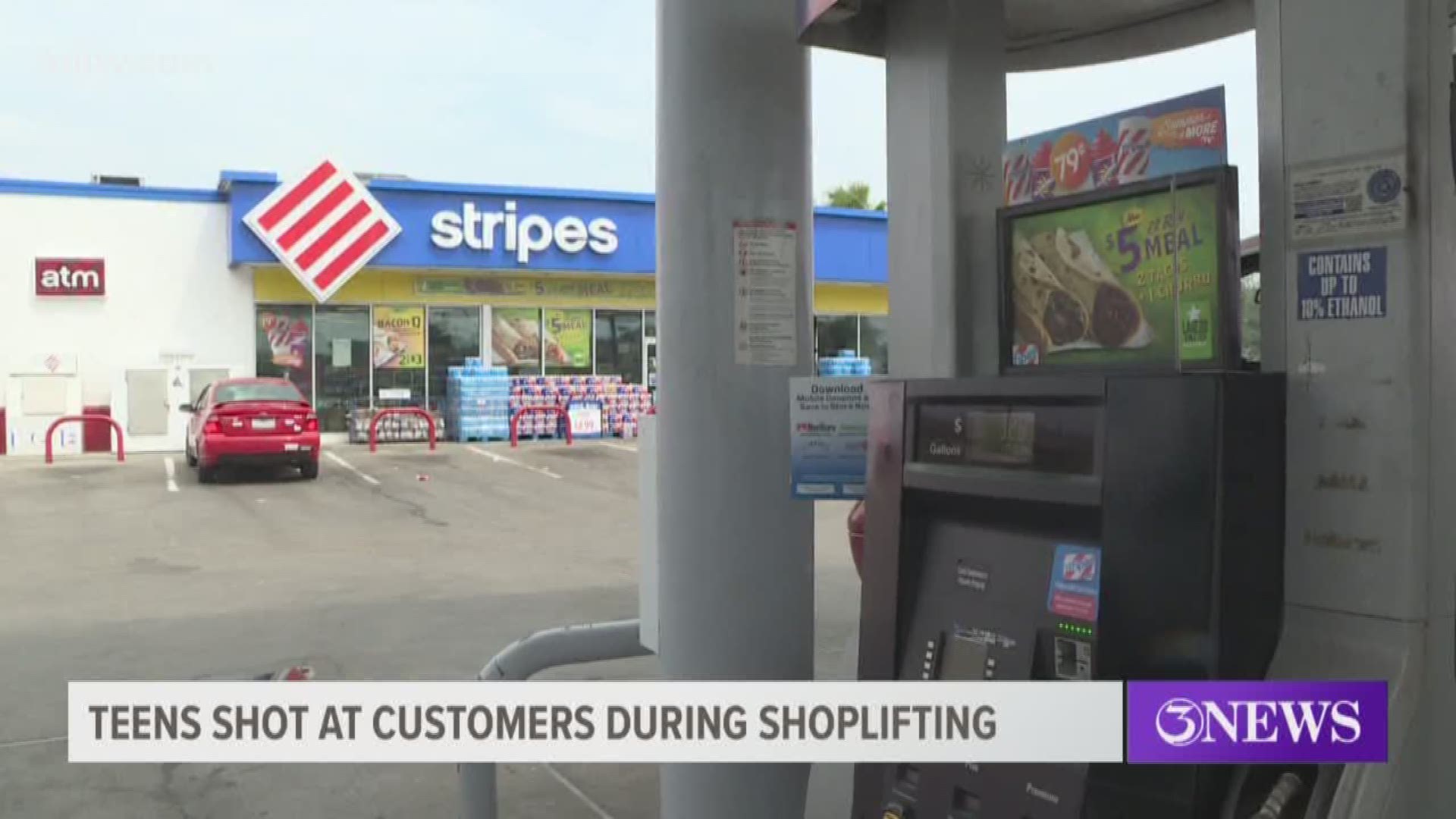 CORPUS CHRISTI, Texas — Three unidentified males believed to be between 15 and 17 shot at people filling up at a Stripes convenience store Friday morning in Corpus Christi's southside.

Police said it happened around 7:30 a.m. Friday at the Stripes on Everhart and Grand Junction. Luckily no one was hurt.

According to police, the three teens fired several shots from across the street. The intended target was believed to be a local tree trimmer who explained how it all happened.

"We go to walk into Stripes and the young kid says, 'Mind your own business,' as he was stealing sodas," Brian Taylor said.

Taylor and his work crew were picking up coffee and getting ready for the day when it happened.

"I live a block away and I come here every morning for the last eight years," Taylor said. "Every single morning."

Brian never expected he would come so close to encountering a brush with death.

"They wanted to shoot someone today," Taylor said.

Taylor said he paid for his coffee and reluctantly stepped outside not knowing what was waiting for him and the dozens of people who were filling up their gas tanks.

"I come outside and he runs across the street and starts shooting the public," Taylor said. "30 people. 30 people."

Taylor said even a pregnant woman was among those who had to take cover as the shots rang out.

While most took cover behind gas pumps and pillars, Taylor said he got as far as the Redbox dispenser and waited for the shooting to stop, but then there was another encounter with the teens.

"As they were running with a gun in hand, my son pulls out of the apartments right in front of them, so it could have been bad either way," Taylor said.

According to police, this incident isn't the only one the three teens may have been involved in. They are suspected in a beer run at a Stripes convenience store on Yorktown Boulevard as well as several auto burglaries off Snowgoose where a handgun was taken from one of the vehicles.

In the meantime, Taylor and the dozens of people who were shot at wonder where the parents of the teens are when they are out committing crimes.