O'Rourke wants to rally voters to stand up and speak out against legislation he says is aimed at restricting the right to vote. 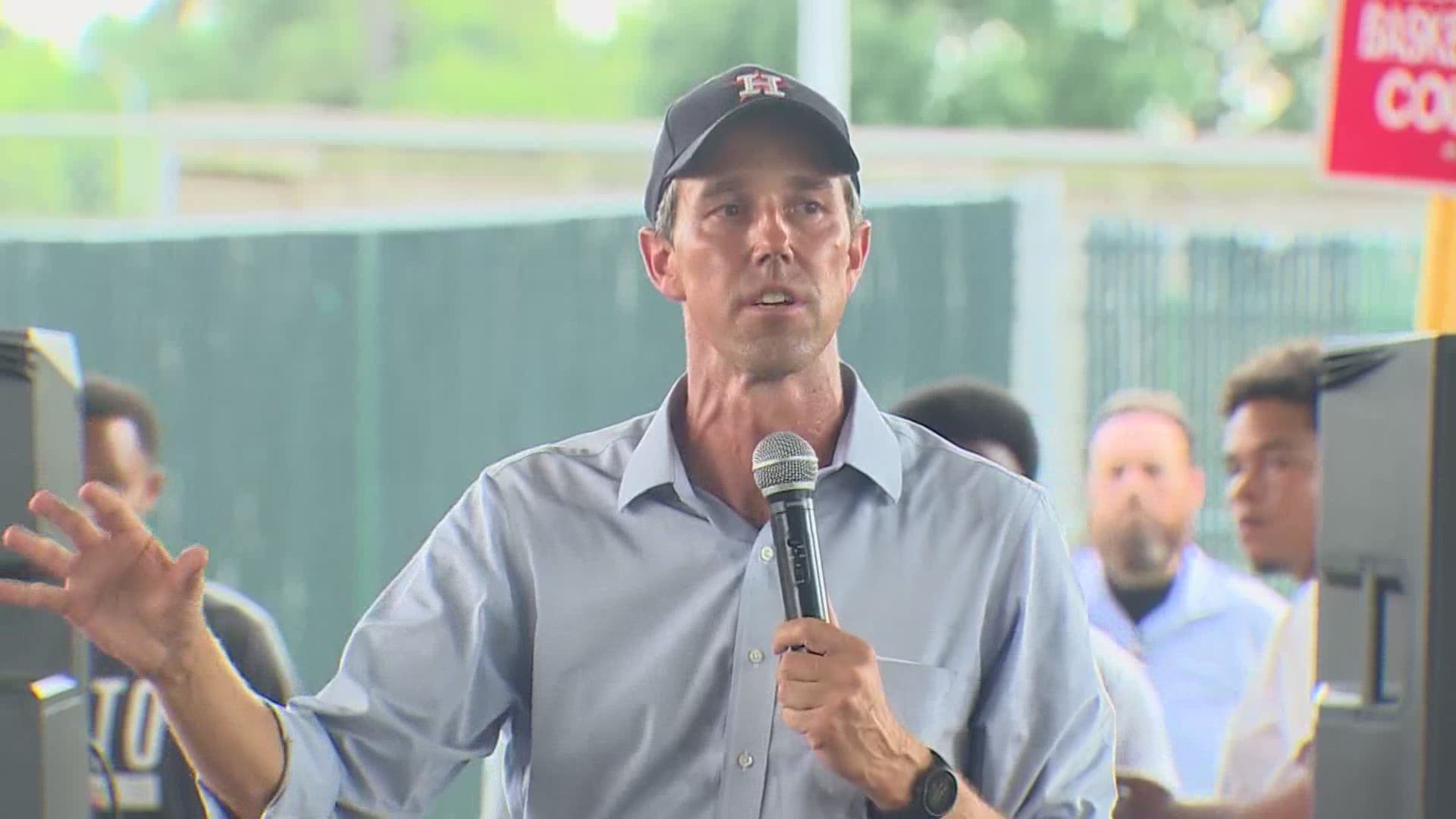 "Democracy is under attack in the state of Texas," O'Rourke said. "This is the challenge that we are up against right now."

O'Rourke is no stranger to big crowds. On one of Houston's hottest days, he brought hundreds together just two weeks after Texas Democrats walked out of the state House killing SB 7, for now.

"A bill like SB 7 would punish the people of Houston, Republicans and Democrats alike," O'Rourke said.

The controversial bill would have made sweeping changes to voting laws in Texas. O'Rourke said the restrictions would have dramatically impacted Harris County by making drive-thru voting and 24-hour voting illegal.

Governor Greg Abbott has vowed to bring it up again in a special session.

The For the People Act, which would expand voting rights at the federal level is stuck in the Senate. O'Rourke believes public pressure can change that.

RELATED: Beto O’Rourke shares timeline for decision about whether to run for Texas governor

It's a message similar to the one used often by O'Rourke in 2018 when he nearly unseated Republican Senator Ted Cruz.

Sunday's event had that familiar campaign feel. This is what O'Rourke told KHOU 11 News reporter Marcelino Benito about his political future.

"I want to see this run for voting rights all the way to the end," O'Rourke said. "Once we do that, I want to see how else I can serve the people of Texas, whether as a candidate or supporting candidates or registering voters or just getting after it across the state of Texas. Whatever it takes, I'm in the distance for Texas."

O'Rourke's statewide tour slated to wrap up in Austin with a massive rally on June 20. After that, it's clear that a run for Texas Governor is not out of the question.