This comes following Matt Bevin's request of a recanvass of election results from Nov. 5. 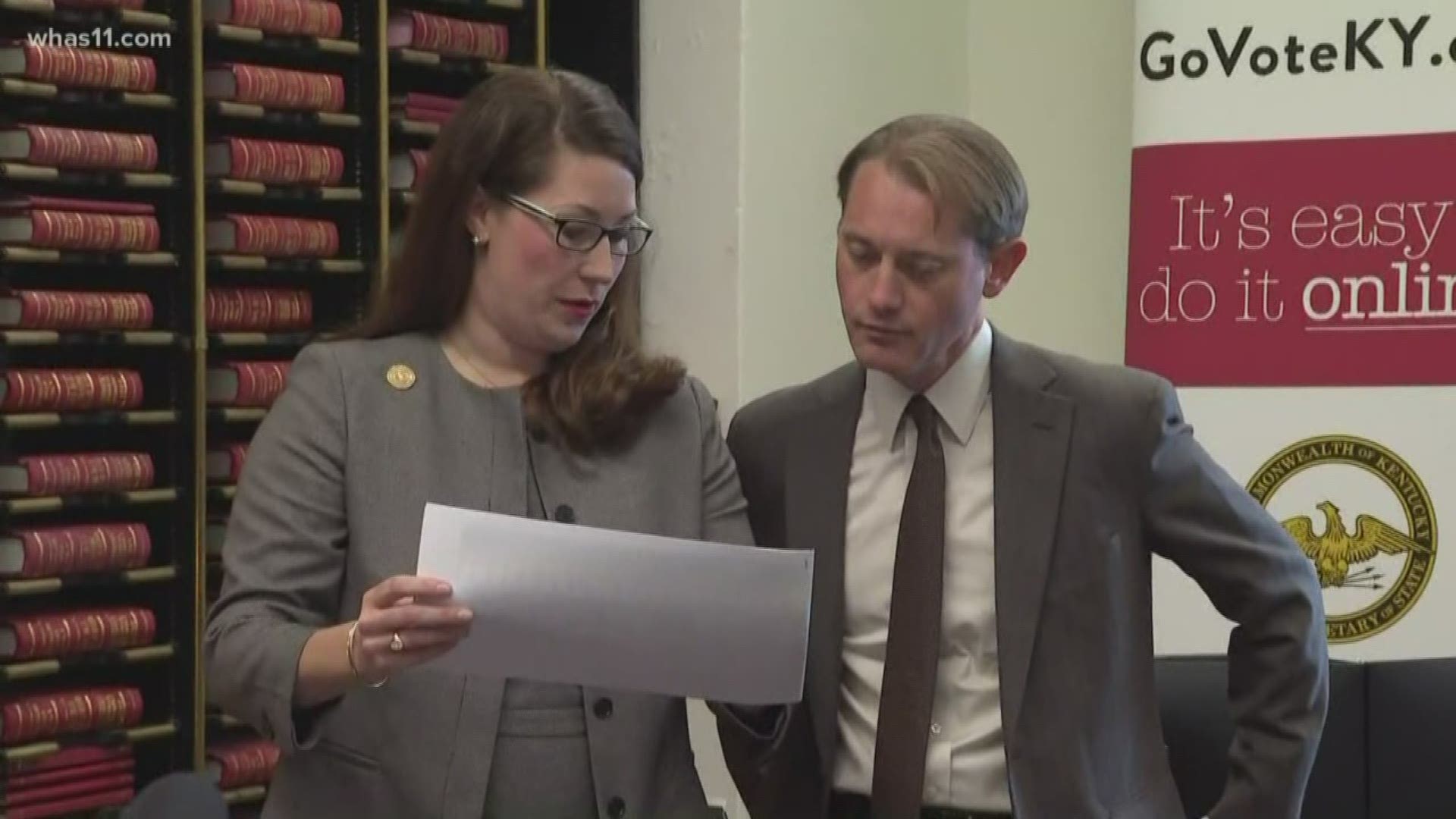 FRANKFORT, Ky. — Governor Matt Bevin announced what many doubted they'd hear in 2019 that the governor election was over and change was coming to Frankfort.

"What I want is to see the absolute best for Kentucky…I'm not going to contest these numbers that have come in it is not fair to throw that on our legislature to try to find something that there just isn’t…” Bevin states.

"I want to thank Governor Bevin this was a tough race but it is now over and I appreciate the fact that his administration was already moving forward in a smooth transition,” Beshear says.

RELATED: 'I want what's best for Kentucky': Gov. Bevin sits down for one-on-one ahead of recanvass

Governor Bevin made it appear as though he had outstanding questions beyond this recanvass questions that could linger for months according to an interview with WHAS11 Political Editor Chris Williams Nov.13. However, as the totals came in under the watchful eye of Secretary of State Alison Lundergan Grimes and Secretary-Elect Michael Adams it became clear the numbers were not going to change much and that there was this insistence by the republican supporter of Governor Bevin.

“…To that end I want to be clear we are going to have a change in the governorship based on the vote of the people…I'm not going to contest these numbers that have come in.” Bevin said.

The Governor-Elect said he'll make a major announcement in his transition work November 15 that will continue to pick up steam as we head into what should be a busy legislative session that will include budget talks. 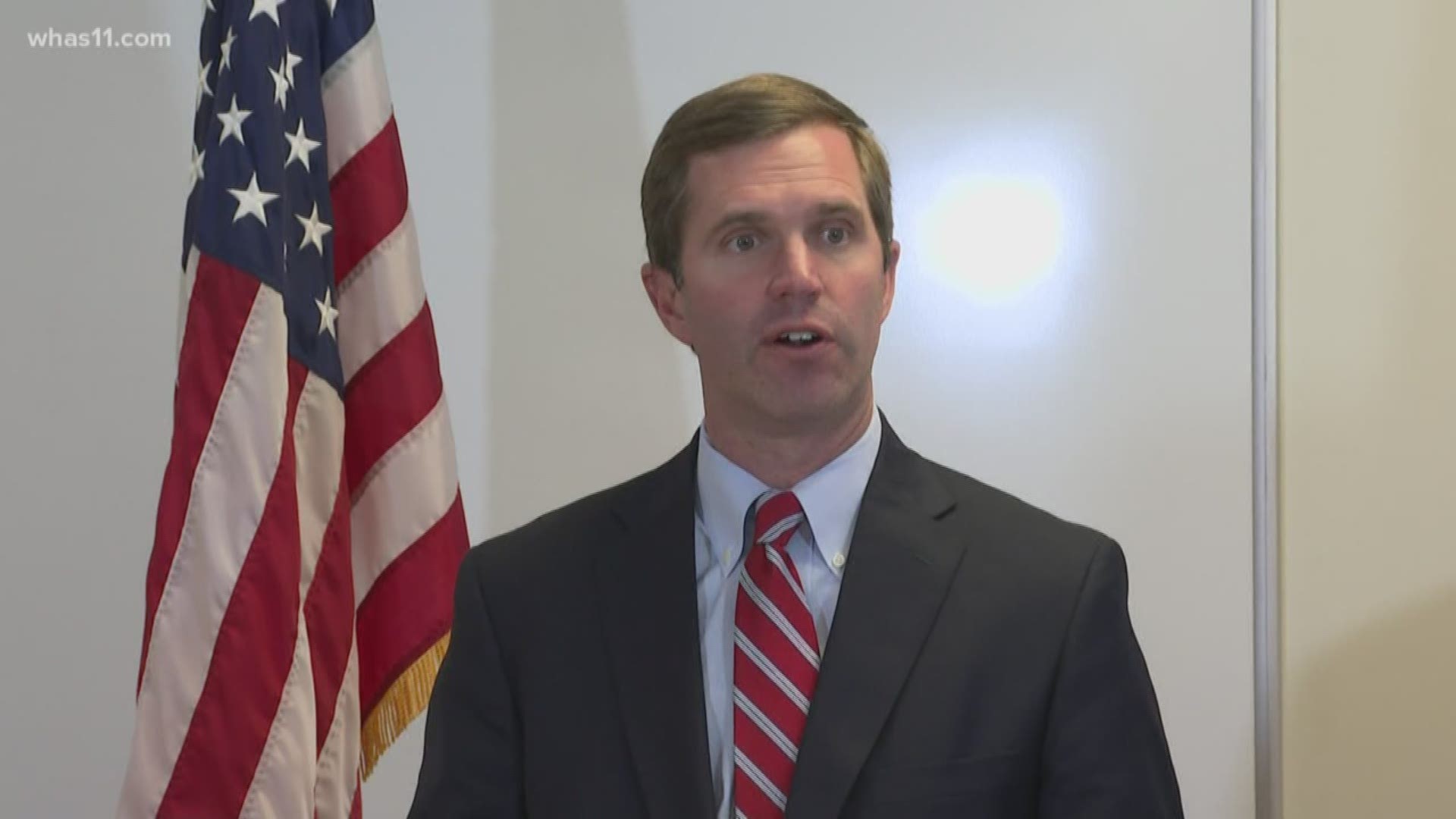 "It is time that we come together as a commonwealth. At the end of the day, we are all on team Kentucky.” Beshear emphasizes

The Kentucky Education Association also released a statement in response to the governor's concession tonight saying in part "This concession means that finally educators and their profession will no longer be denigrated or put down by the leader of our state."

Governor-Elect Andy Beshear will be sworn into office as governor on December 10 and he has asked Kentucky teachers to serve as grand marshals at his inauguration parade in Frankfort.

"Kentuckians can be proud of all Gov. Matt Bevin accomplished for our state in bringing jobs and opportunity to Kentucky in record-breaking fashion. Thanks to Gov. Matt Bevin’s leadership, Kentucky’s future is brighter than ever before. On behalf of the Republican Party of Kentucky, I’d like to personally thank Gov. Bevin for all he has done to make Kentucky a better place.“Kentucky Republicans are also justly proud of all that our candidates accomplished in this year’s elections. With our historic victories of 2019, for the first time in decades, Republicans will hold the offices of agriculture commissioner, attorney general, auditor, secretary of state and treasurer simultaneously. We’re excited to carry this momentum into 2020 as we work to grow our legislative supermajorities and reelect Senator McConnell and President Trump in 2020.”

McConnell: Bevin 'had a good 4 years,' but likely lost

Adams won’t 'compromise' himself with opinion on Bevin recanvass