Sen. Ted Cruz and Congressman Beto O'Rourke meet for the first of three debates on Friday. Whether it makes a difference depends on who you ask. 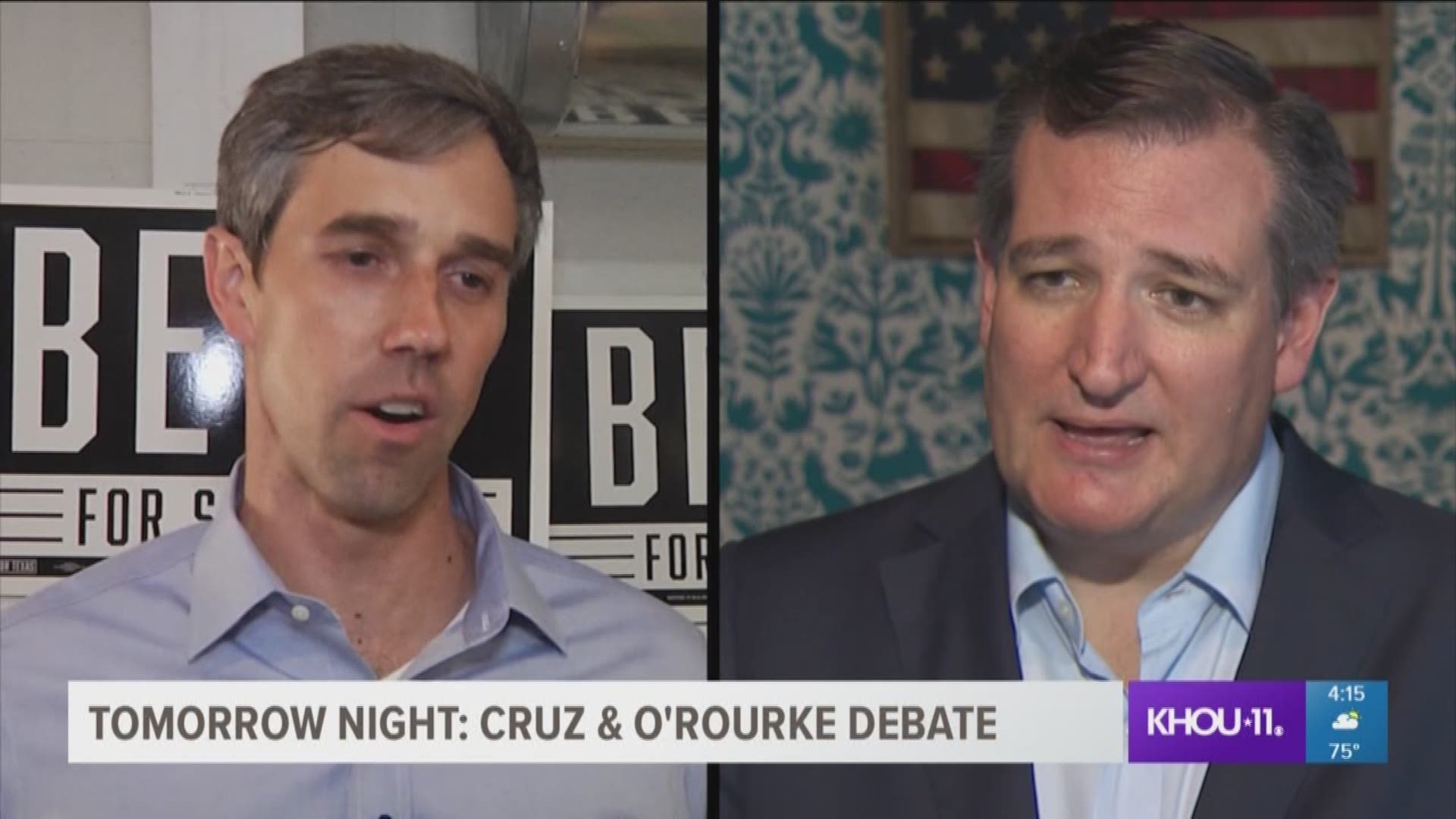 Could it make a difference in what some polls consider a close race? That depends on who you ask.

“I’ve done a lot of research and a lot of reading,” said Janet Lionberger. “So, the debate’s important to me.”

Lionberger told us she’s a Republican, but she has yet to make up her in mind in the U.S. Senate race.

“While I may like one of them personality-wise better than the other,” said Lionberger. “I maybe don’t like his politics, and so I’m very torn.”

RELATED: Why are poll results so different in Cruz-Beto race?5

Stein said what is discussed during a debate could matter to some undecided voters, but research shows most people primarily rely on the news and social media to provide highlights.

Debates are really an opportunity for either side to score points with their bases.

“Maybe not so much persuade and convert as mobilize,” said Stein. “And that’s what’s really important.”

Avoiding a gaff or other mistake is also important, but some voters told us so is hearing more information on specific topics like the economy and immigration.

“Well, I think you get a sense of the candidates,” said voter Anna Menchaca. “Get a better idea of what they’re going to do for you, or not do for you.”

KHOU’s Jason Miles will be covering the first debate from the SMU campus in Dallas. The second debate between Cruz and O’Rourke is set for September 30th at the University of Houston.