DC's security fund was in the red by more than $6 million at the end of 2018, and the Trump administration never settled its $7.3 million inauguration tab in 2017. 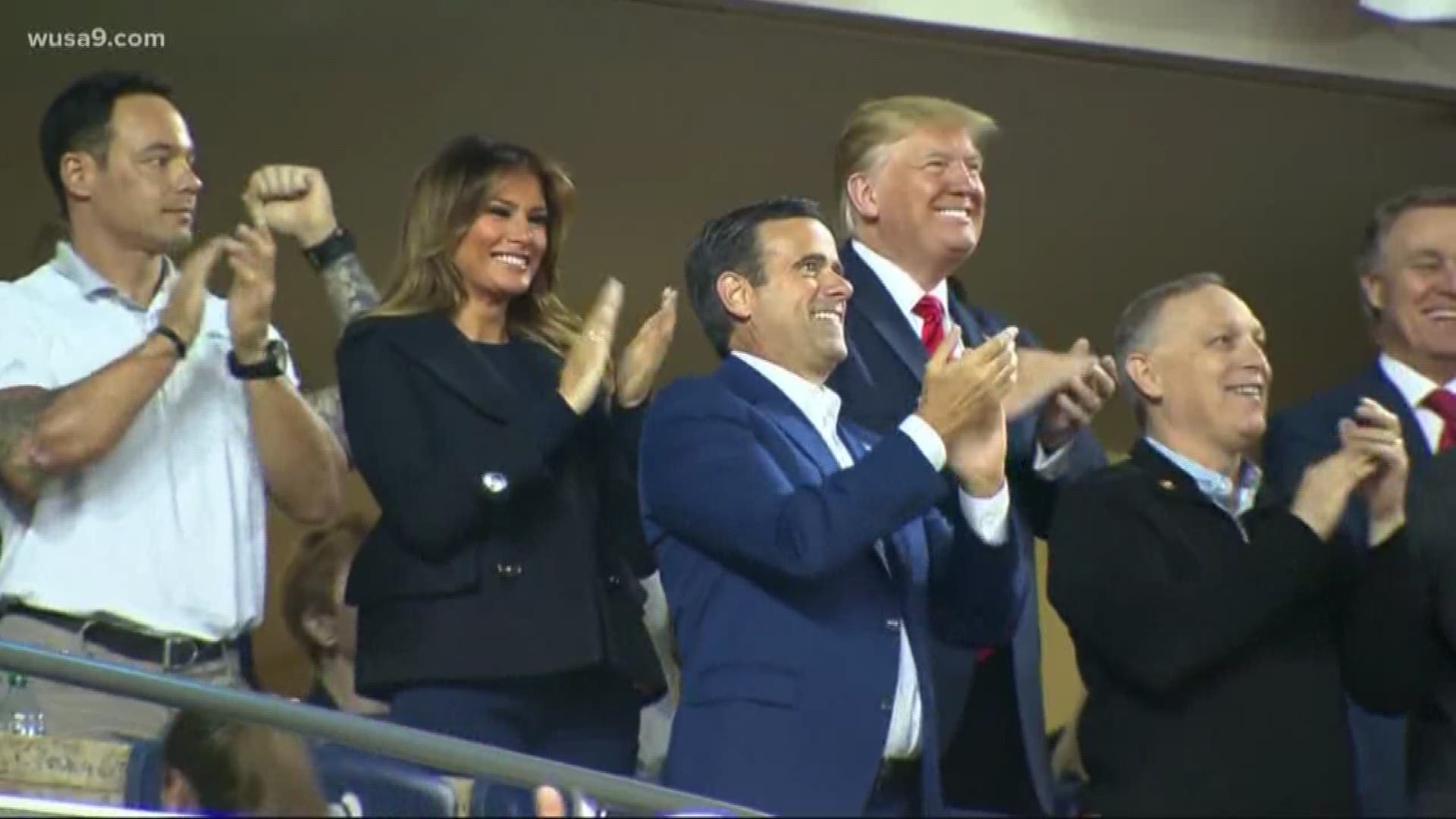 WASHINGTON — Between the World Series games and watch parties at Nationals Park, the cost of securing these events is adding up for DC Police. The exact cost hasn't yet been tallied.

The $13 million fund is what the feds pay the city to help protect federal functions, from state funerals to presidential inaugurations and protests.

The service isn’t limited to police power, but resources too. For instance, in fiscal year 2017, Department of Public Works vehicles were used to block off streets, costing $56,720.

However, in a July letter to President Trump, Mayor Bowser said the president isn't paying his share.

This is forcing the city to take money from its own accounts typically used to pay for security at non-federal events, like the World Series.

The account was still in the red by more than $6 million at the end of last fiscal year and the Trump administration never settled its $7.3 million tab for the inauguration in 2017.

The security fund is usually replenished by the feds on Oct. 1, but the mayor's office couldn't say for sure if the money's been deposited.

A source said the city is trying to keep costs down, not knowing when, or if, they'll be fully reimbursed.

However, a D.C. Police spokesperson said they did not provide additional officers, as Secret Service handled the extra load.

Mayor Bowser's office said these money issues will not impact the level or quality of security provided at the World Series.

As of Monday at 11 p.m., The White House had not yet responded to our request for comment.

RELATED: Cheers, chants of 'lock him up' greet President Trump at World Series