Grassroots conservatives call on Speaker Bonnen to resign, arguing the 2020 election is at stake

"Dennis Bonnen is going to be a drain on the Republican Party," said Michael Quinn Sullivan, Empower Texans. 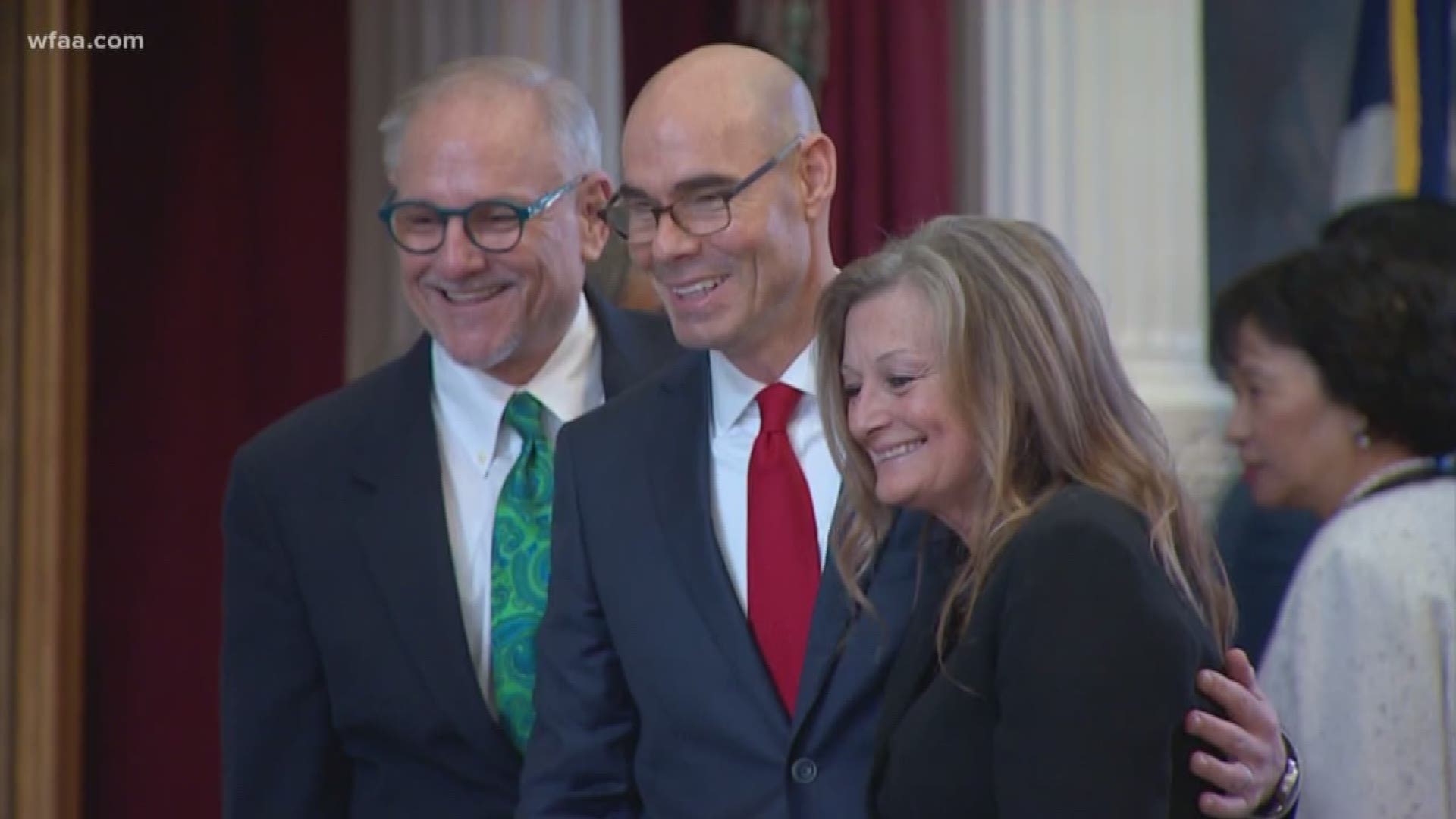 FARMERS BRANCH, Texas — Grassroots conservative groups said state House Speaker Dennis Bonnen could cost Republicans the 2020 election in Texas, if he does not leave office before next November.

“It’s fine and wonderful that Dennis Bonnen has declared he will not run for re-election but Republican leadership needs to understand this; if Dennis Bonnen is left in place as speaker going into 2020, he becomes the poster child for Democrats pointing to the Republican Party and saying ‘This is the party of corruption in Texas.’ They need to take care of it,” said JoAnn Fleming, Grassroots America.

In a secret recording by conservative activist Michael Quinn Sullivan from Empower Texans this summer, Speaker Bonnen offered to give Sullivan press credentials to get on the House floor next session if Sullivan would campaign against 10 moderate House members. In addition, Bonnen slammed colleagues from both parties on the recording.

Prosecutors said Bonnen did not violate the law and the speaker has since apologized. He said he would not run for re-election to the Texas House of Representatives.

Still, Sullivan and other conservative groups said Bonnen is a drag on the party which is likely to have its most competitive election in years.

The regular legislative session ended in May and was widely seen as successful. Homeowners got relief from rapidly rising property taxes and the state finally chipped in more money for public schools.

But grassroots conservatives said many of their priorities were ignored by Republican leaders.

Wednesday afternoon, the Lone Star Agenda Coalition of Statewide Leaders, a collection of 13 conservative groups in Texas, gathered to reiterate their demands.

Among other things, they want actual cuts to property taxes, and they insist that the state along with county election administrators clean up their voter databases by removing felons, deceased individuals, and non-citizens from the rolls.

Six weeks ago, the coalition sent Governor Abbott a letter, asking that he call the legislature back to Austin for a special session to address their priorities.

Wednesday afternoon, after they said they got no response from the governor’s office, the groups went public with their demands, including a new speaker of the House.

The governor’s office did not immediately return a message from WFAA either.