'Trolling instead of governance': Lincoln Project says Abbott is more dangerous than Trump 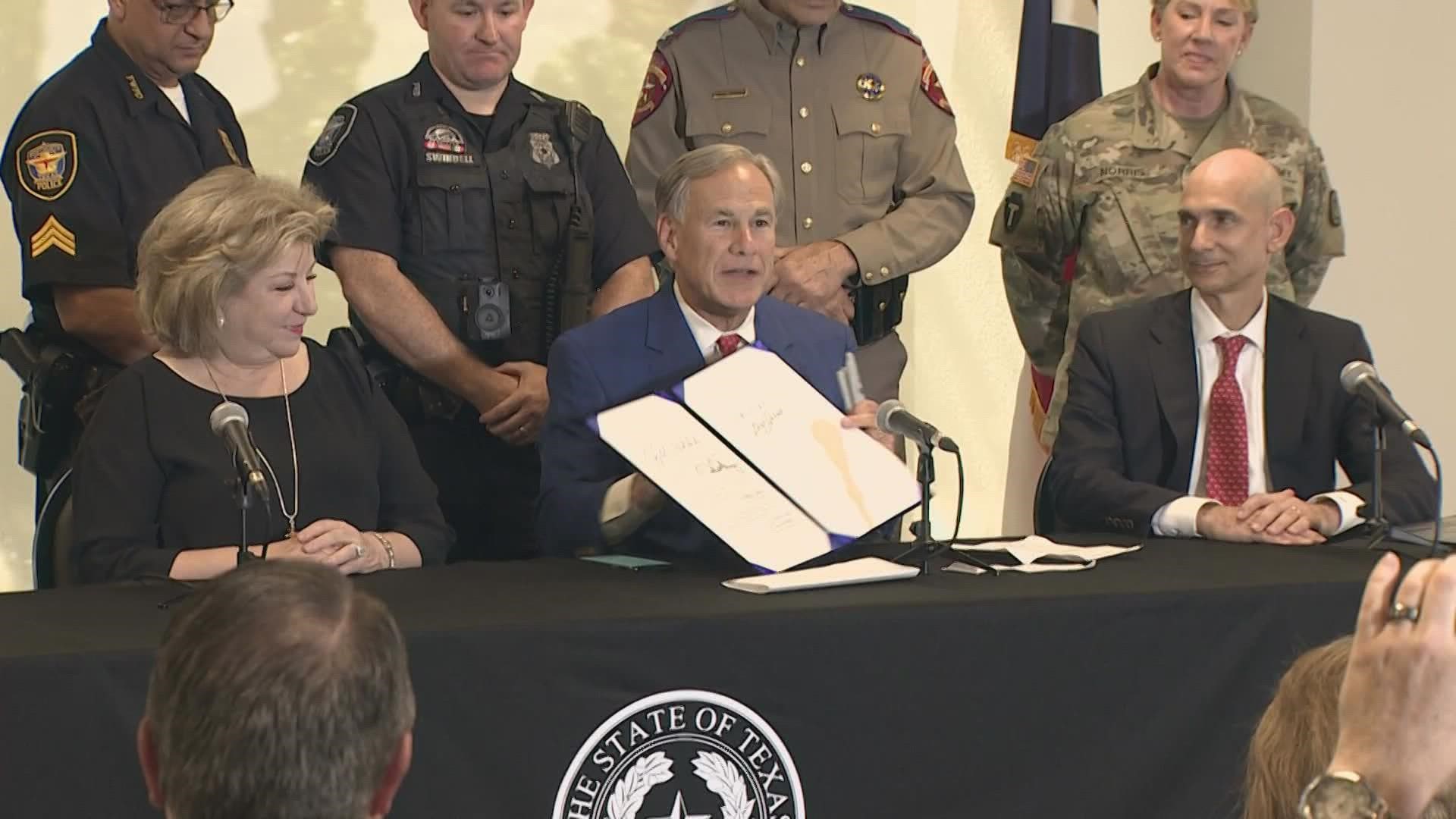 DALLAS — The battle between the Lincoln Project and Governor Greg Abbott escalated in recent days and only promises to become more toxic moving forward.

First, the Lincoln Project, a group of disaffected Republicans and conservatives, released an attack ad criticizing Governor Abbott’s management of the pandemic by highlighting how many Texans have died of COVID-19. The ad was scheduled to run during a Texas Longhorns game, but was yanked from the air just before kickoff. The Lincoln Project says the Governor used his influence to have it removed. The Governor’s office argues Abbott had nothing to do with it.

“Both Greg Abbott and Ron DeSantis in Florida have become the poster children for this post-modern Republican Party that believes in trolling instead of governance, that believes in Fox News hits instead of leadership and that is failing utterly on dealing with COVID in both states. Both Florida and Texas have got a disaster on their hands,” Wilson said on Y’all-itics.

Listen to the full episode here:

We’ve reached out to the Governor’s office for comment and we’re still waiting on a call back. But a spokesman for Abbott’s campaign, Mark Miner, told the Dallas Morning News: “I’m not going to respond to a bunch of has-beens and out of work political hacks who sit in their basement all day doing videos nobody cares about and watching reruns of Seinfeld.”

The Lincoln Project is not known for being shy or gentle in its attacks on Republican politicians. The group first took aim at then President Donald Trump. And then earlier this year, they turned their attention to Senator Ted Cruz. Now, it’s Governor Abbott. And in addition to the pandemic, the Lincoln Project is also criticizing the state’s new abortion law, which allows a bounty enforcement system. Private citizens can sue abortion providers, or anyone who helps. And that person wouldn’t even have to know the person seeking the procedure.

“They do a sort of a stasi with a Texas accent where people are going to say yes, by the way, my neighbor at 1234 Oaklawn Terrace just got an abortion. I want to report them,” said Wilson. “I mean, that's a culture I think nobody should live in, regardless of how you feel about this issue.”

Wilson is convinced the blowback from this law will be far worse than Texas Republicans are anticipating. And he says he doesn’t mean that in the sense of the traditional pro-life, pro-choice arguments. Wilson says there’s nothing stopping Democrats from trying to use the same enforcement mechanism.

“Because if the shoe was on the other foot and let's say there was a Democratic governor and a Democratic legislature that said, OK, if you own a firearm that’s not registered, you should snitch on your neighbor and that neighbor will be facing civil and criminal penalties. I think that would flip the script very quickly. I think that the model of how they're doing it is more problematic for some voters than the question of choice or life,” he said.

Wilson says the Lincoln Project is not a policy organization. He says it’s a a pro-democracy organization. And there’s no word yet if they’ll endorse a candidate in next year’s gubernatorial race. But Wilson hinted on Y’all-itics that Governor Abbott might not be the only Republican leader they go after in Texas.

Listen to the latest episode to find out more. Cheers!