The lawsuits were filed by the League of United Latin American Citizens and the League of Women Voters of Texas and two individual voters. 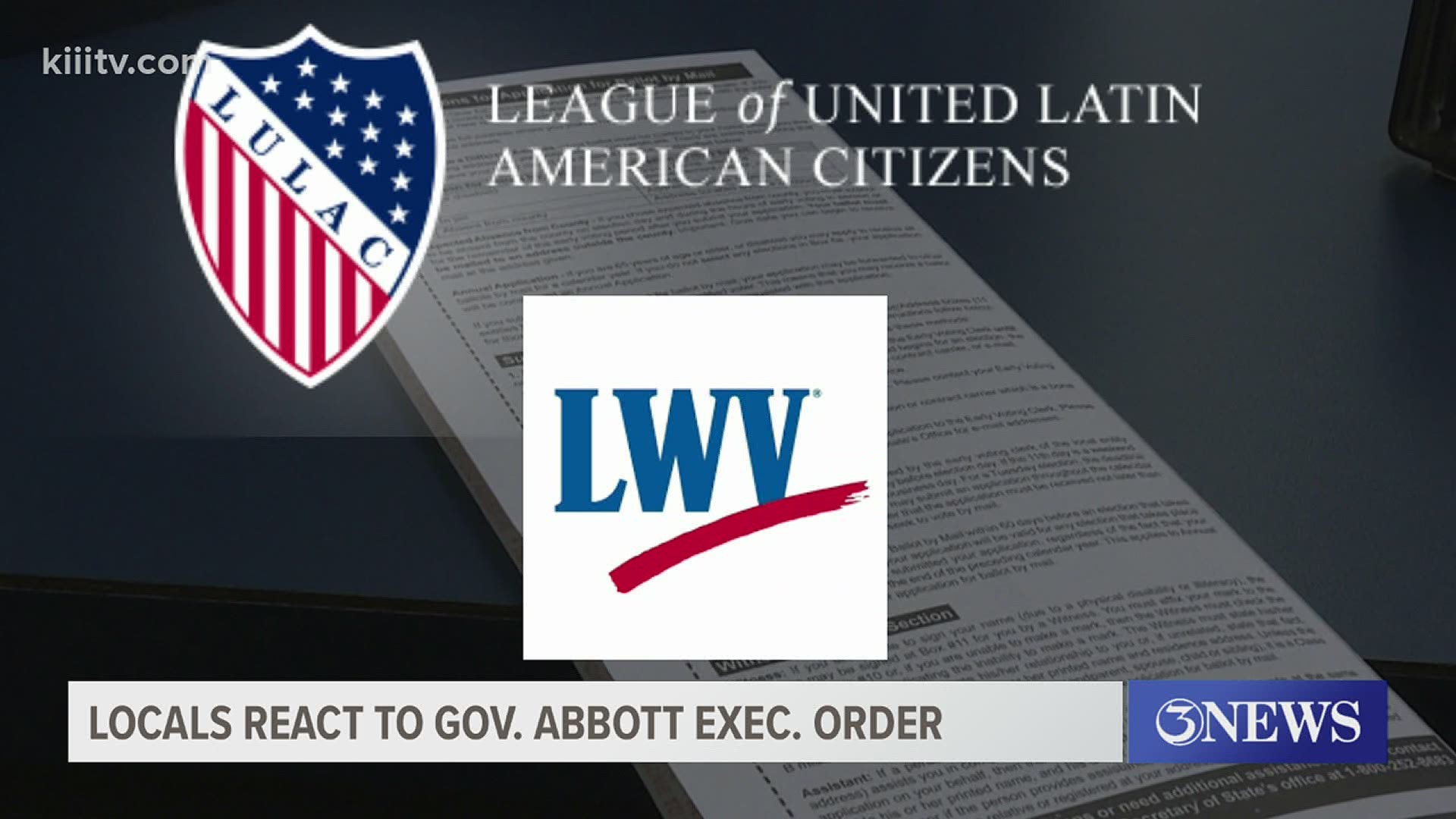 CORPUS CHRISTI, Texas — There has been a lot of reaction to Governor Greg Abbott's executive order taking effect Friday to limit absentee or mail in ballot drop-off locations to one location per county.

At least two separate lawsuits were filed by groups accusing the governor of trying to suppress votes.

The lawsuits were filed by the League of United Latin American Citizens and the League of Women Voters of Texas, as well as two individual voters.

The lawsuit calls for the reversal of Governor Abbott's executive order that reduces the number of places where someone can drop-off their mail in ballot in person.

"What happens in Texas goes across the country. If they can get away with it in Texas, they're going to get away with another state," said Luis Vera who is an attorney representing LULAC.

While the governor said having one drop-off location per county will help stop attempts at illegal voting, LULAC called the move voter suppression. They expect a swift resolution.

"We should get an answer pretty quick, because this has to move quick," said Vera.

The move doesn't necessarily affect smaller counties that already have just one drop-off location. However, it will have an impact on those larger counties in the state like Harris and Travis that had several.

"The League of Women Voters wants to make sure voters have the opportunity have the right to cast their ballots in a lawful way," said Kathryn Oler with the LWV of Corpus Christi.

Oler believes limiting the drop-off locations is something that can create a significant issue for voters who live further out in Nueces County.

"You have to factor in things like drive time and parking," said Oler.

The County Clerk's Office which is located at the Nueces County Courthouse in downtown Corpus Christi is the current designated drop-off spot.

As of now, someone who lives for example, in Bishop and chooses to drop-off their mail in ballot will have to drive 34 miles to do so.

Someone who lives in Port Aransas will have to drive 39 miles.

Oler said the county clerk's Robstown location could have benefited those living in the outskirts of the county if it had served as a drop-off spot.

"If there were to be a drop-off box there, residents in rural Nueces County, even the outskirts of Corpus Christi would face fewer of the impediments to returning their mail in ballots. It cuts that distance in half to make a round trip for residents in like Banquete, Bluntzer, or Bishop," said Oler.

Early voting is now less than two weeks away.