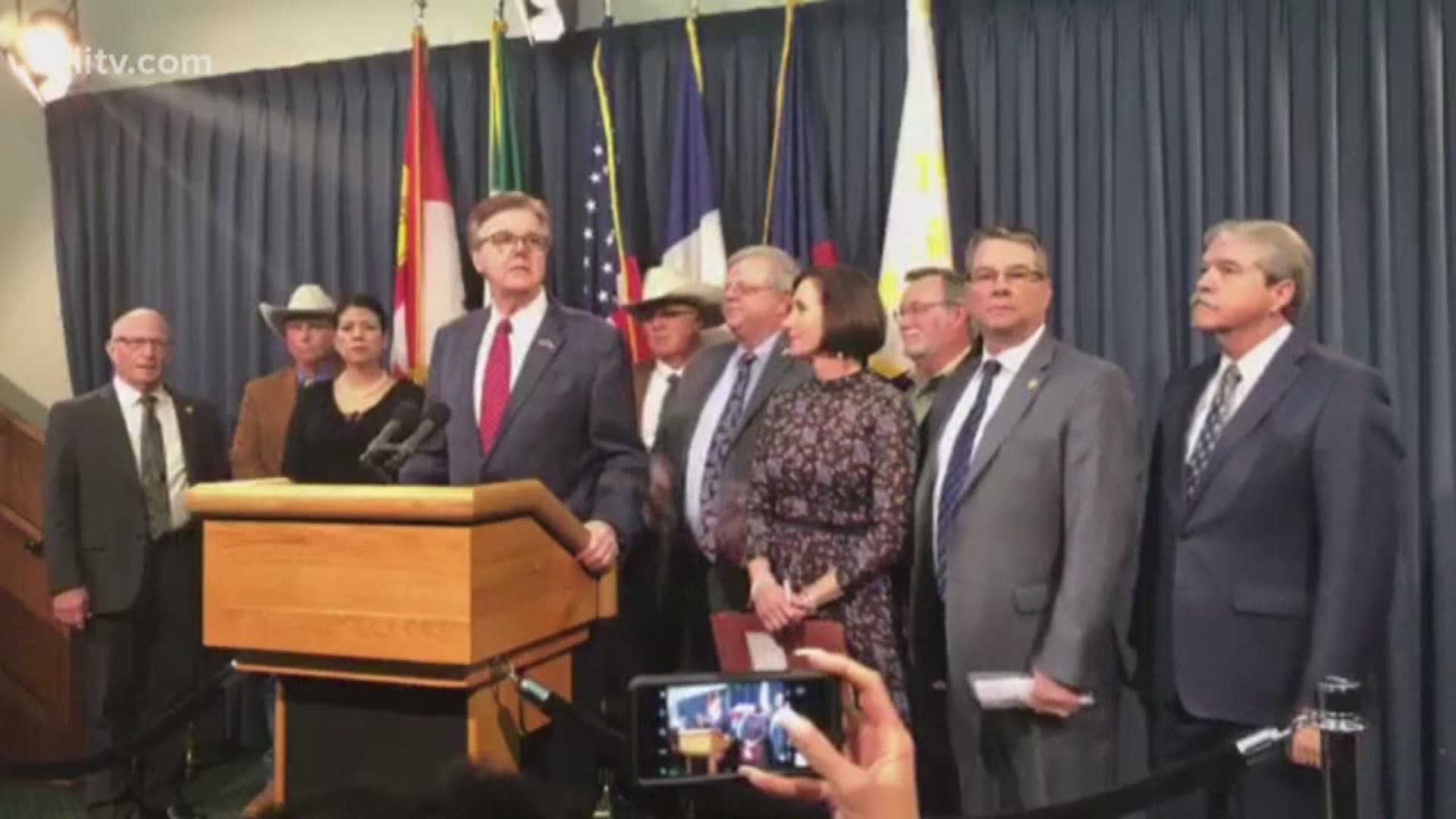 Senate Bill 6 by Senator Lois Kolkhorst (R-Brenham) is described as a "roadmap" for future disasters. It creates a guide for all local agencies to follow during a disaster, creates training for local officials and has a debris removal policy.

Senate Bill 7 by Senator Brandon Creighton (R-Conroe) creates a state grant-matching program for cities and counties so they can apply for federal grants for recovery projects. Creighton noted Texas communities can apply for federal grants that have a 10-to-90 percent match, but many small communities are having a tough time coming up with 10 percent of the funding for recovery projects. SB7 also creates a fund for future flood mitigation projects.

Senate Bill 8 by Senator Charles Perry (R-Lubbock) creates a statewide flood plan with coordinated watershed planning to make sure communities aren't creating problems for their neighbors. Every member of the Senate has signed on as a co-author of the bill.

To pay for it all, the senators want to take $3 billion from the Economic Stabilization Fund, commonly called the Rainy Day Fund. The three bills themselves would cost $1.8 billion to fund. Lt. Gov. Dan Patrick explained the other $1.2 billion would be a rider in the budget to essentially pay the state back for money it already spent on recovery efforts.

Patrick added some of the money in the rider would also be used to help school districts that lost property value from Hurricane Harvey and need help replacing those lost funds.