Sen. Susan Collins said Congress can, and should ask for the Jan. 6 insurrection subpoenas to be enforced. 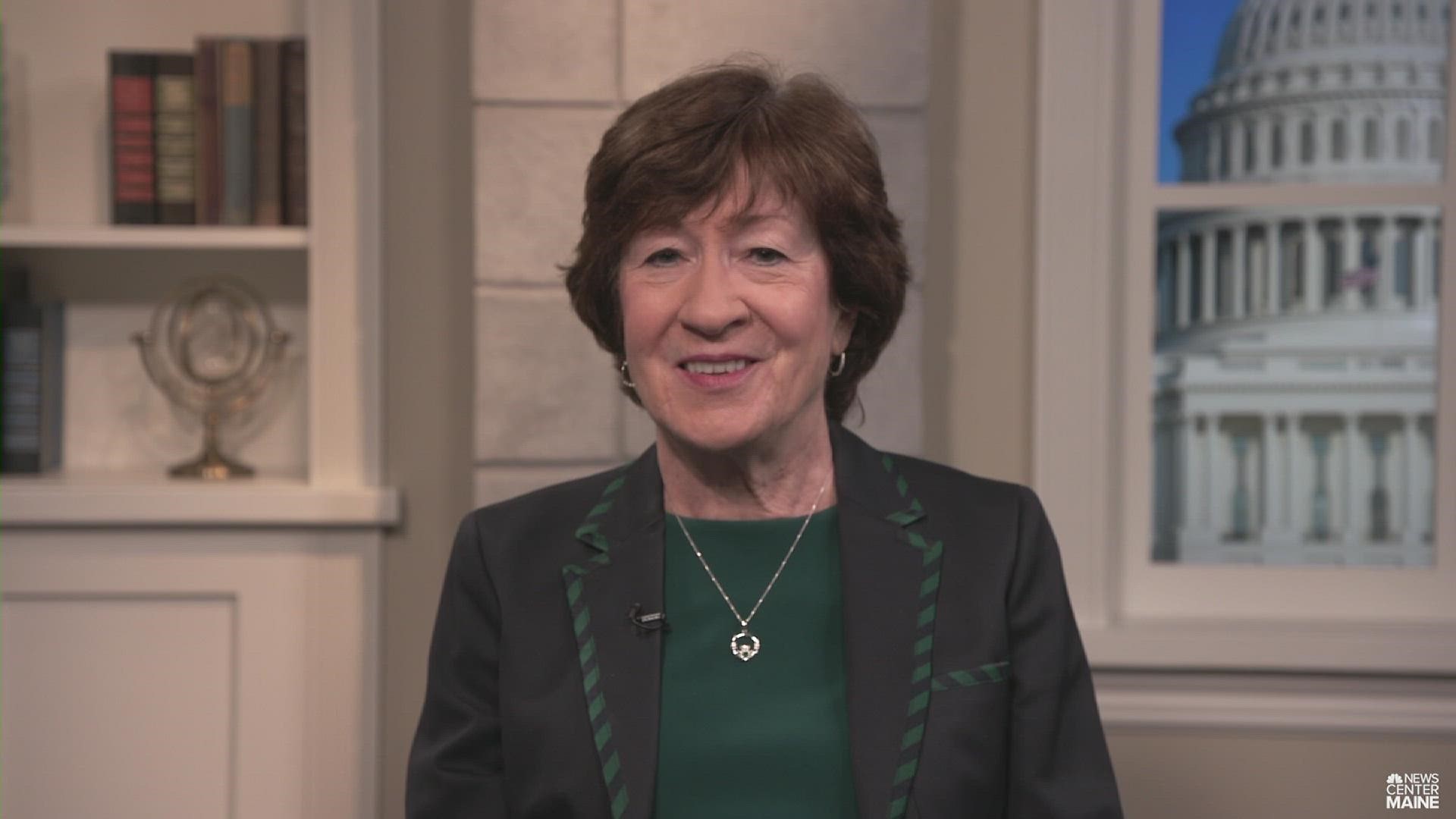 Trump has instructed several top advisers to defy subpoenas from the House select committee examining the January 6 insurrection, but the White House is blocking Trump's efforts to withhold documents. A lawyer for Steve Bannon said Bannon won’t comply, but three others are said by Congressional sources to have begun cooperating.

But the attorney also said that Bannon is prepared to “comply with the directions of the courts” when and if they rule on the issue. Refusal to obey could result in criminal contempt charges.

Collins told NEWS CENTER Maine that Congress can and should ask for the subpoenas to be enforced.

"I think it's important if you're going to issue subpoenas that you go to the court and see if claims of executive privilege are legitimate or not. In some cases, they may be. But frankly, this is an argument for having an outside commission which is what I advocated," Mills said.

An effort to create an outside, non-partisan panel based on the 9-11 commission failed by two votes in the Senate.

Current president Biden signed legislation Friday to provide financial aid to CIA and state department personnel who are suffering from what is known as "Havana syndrome." Symptoms include headaches, nausea, and cognitive impairment, and are apparently linked to an attack from some kind of direct energy device.

Biden said today the U.S. is still trying to figure out who is responsible. Collins co-authored the legislation and said the people suffering from Havana syndrome should have been treated the same way we treat a soldier who suffered a traumatic brain injury on the battlefield.

"More than 200 civil servants posted around the world have now been afflicted by the Havana syndrome, and they've had to battle the bureaucracy to get the medical care for the traumatic brain injuries that many of them have suffered. this bill will ensure that that care."

The bill won unanimous approval in the house and senate.

#BREAKING: The HAVANA Act—legislation I authored to support American personnel who have incurred brain injuries likely from directed energy attacks—is now law. This legislation will provide Havana Syndrome victims with the support they deserve.

The funding was awarded through the Office of Violence Against Women, an agency within the U.S. Department of Justice.

“We all have a responsibility to ensure that survivors of domestic violence and sexual assault receive the resources they need for their safety and wellbeing,” Collins and King said in a joint statement. “This important investment will provide greater access to necessary services for victims, help strengthen our state’s response to these crimes, and allow Maine organizations to continue to protect the vulnerable members of their communities.”