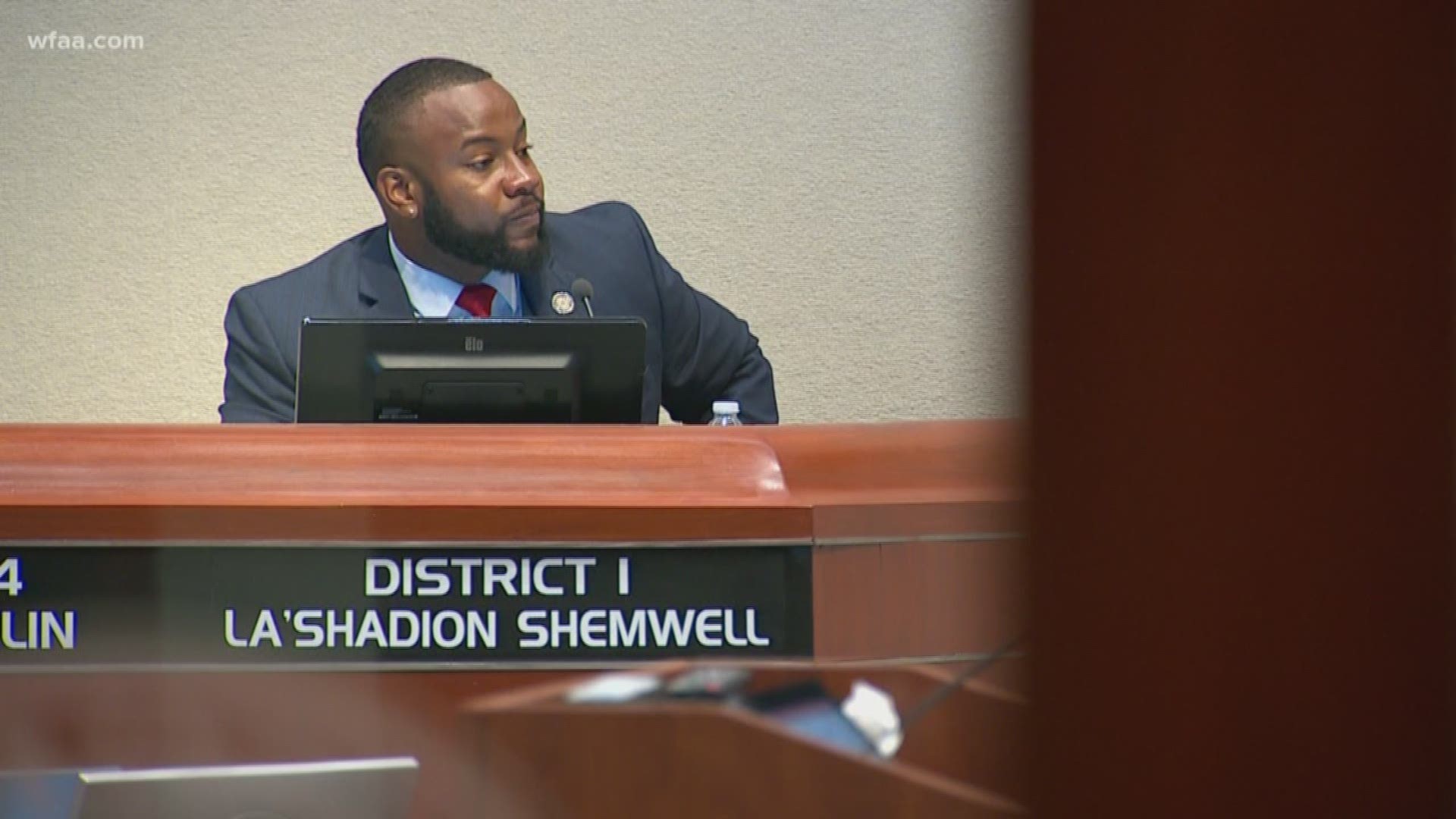 MCKINNEY, Texas — Councilman La'Shadion Shemwell of McKinney has called for the council to adopt a proclamation declaring a "Black State of Emergency." But the city's mayor has called that proclamation "disturbing and reckless.

One clause of the proclamation reads "Whereas the State of Texas and its local governments have declared war on black and brown citizens by conspiring to kill, injure, oppress, threaten, and intimidate, and to willfully deprive citizens of their constitutional rights while acting under color of law."

On Monday, Shemwell tweeted that coming to the state could endanger black and brown lives. The councilman says the purpose for the proclamation is so that lawmakers can make laws that protect black and brown people.

"I cannot sit by idly and watch my people be slaughtered and not do something about it," said Shemwell.

Mayor George Fuller calls that narrative dangerous. He refused to read that proclamation on Tuesday night during the regularly scheduled council meeting. He said while he believes Atatiana Jefferson and Botham Jean's deaths are absolutely wrong, this proclamation is the wrong way to go about it.

The mayor, however, did allow Shemwell to read his own proclamation at the end of public comment.

At some points the councilman was tearing up and he ended saying, "We just want to live."

Fuller told the citizens who attended the meeting he doesn't disagree on the major points made by Shemwell, but to call it a "war" by police and local government is "despicable."

In a brief and somewhat tense moment, the mayor called for an immediate recess while the councilman tried to argue the mayor's points. The mayor said it was not the appropriate time for a debate.

"You can't be here serving the residents and at the same time inciting them," said Fuller.

Shemwell wants to stress that his proclamation is not a call for war on police.

The mayor tells WFAA the councilman has to decide: Does he want to be an activist or a councilmember?