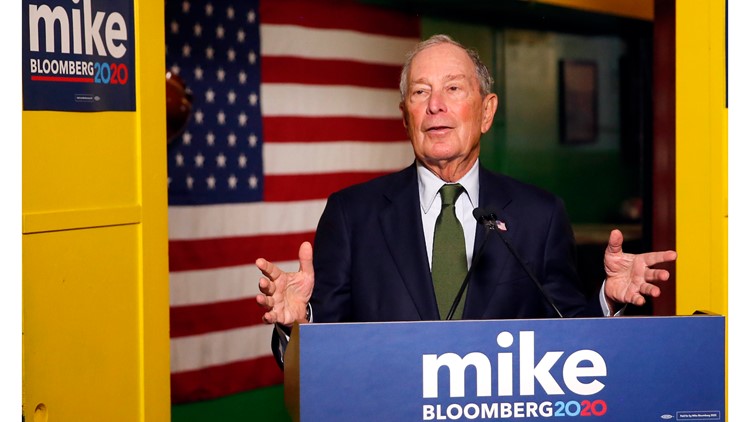 PLANO, Texas — Democratic presidential candidate Michael Bloomberg will be in Plano on Saturday.

According to a news release, Bloomberg plans to share his plans for Texas Democrats leading up to the 2020 election.

The event begins at 12:30 p.m. at the Spring Creek Collin College Conference Center. He is scheduled to speak at 1:30 p.m.

RELATED: Have you listened to our new Y'all-itics podcast yet?

The former mayor of New York City announced his candidacy last month in a written statement posted on a campaign website describing himself as uniquely positioned to defeat President Donald Trump.

He also launched a massive advertising campaign blanketing airways in key primary states across the U.S.

Bloomberg's visit to Plano will happen less than 24 hours after candidate Andrew Yang’s rally in Dallas.