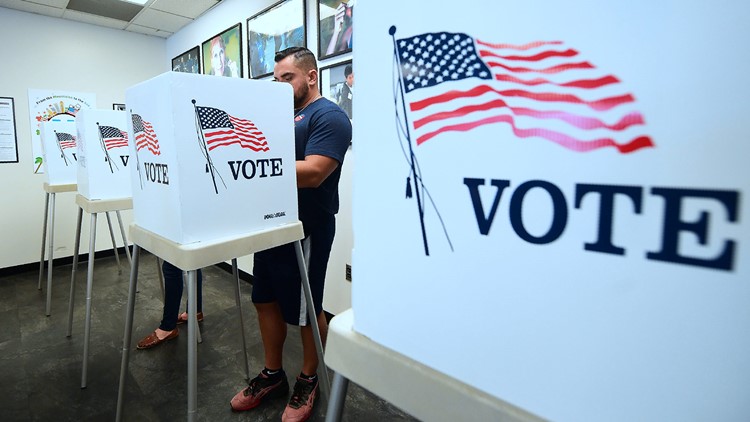 Photo by: FREDERIC J. BROWN
Voters cast their ballots for Early Voting at the Los Angeles County Registrar's Office in Norwalk, California on November 5, 2018, a day ahead the November 6 midterm elections in the United States. (FREDERIC J. BROWN/AFP/Getty Images)

New bill would make presidential candidates campaign all over Michigan

MICHIGAN, USA — Michigan State Representative Beau LaFave has introduced a plan that would apportion electoral votes based on the congressional district. LaFave believes this will ensure that rural areas of Michigan, especially the Upper Peninsula, will no longer be able to be ignored by presidential candidates.

“Anyone seeking the job of leader of the free world should have to earn votes from every area of our state,” says LaFave. “The current system unfairly encourages presidential campaigns to focus solely on population centers like Detroit and Grand Rapids. People can completely ignore the U.P. and still win all of Michigan’s electoral votes.”

Under LaFave's plan, presidential electors from each district would be selected from the political party with the most votes in that district. The two at-large electors would be chosen from the candidate that received the greatest number of total votes in Michigan.

This method is currently used in states such as Nebraska and Maine.

“Making this change would encourage candidates to campaign throughout our entire state, which will in turn encourage more people to get involved and improve voter turnout,” says LaFave.

Beau LaFave's bill has been referred to the House Elections and Ethics Committee.