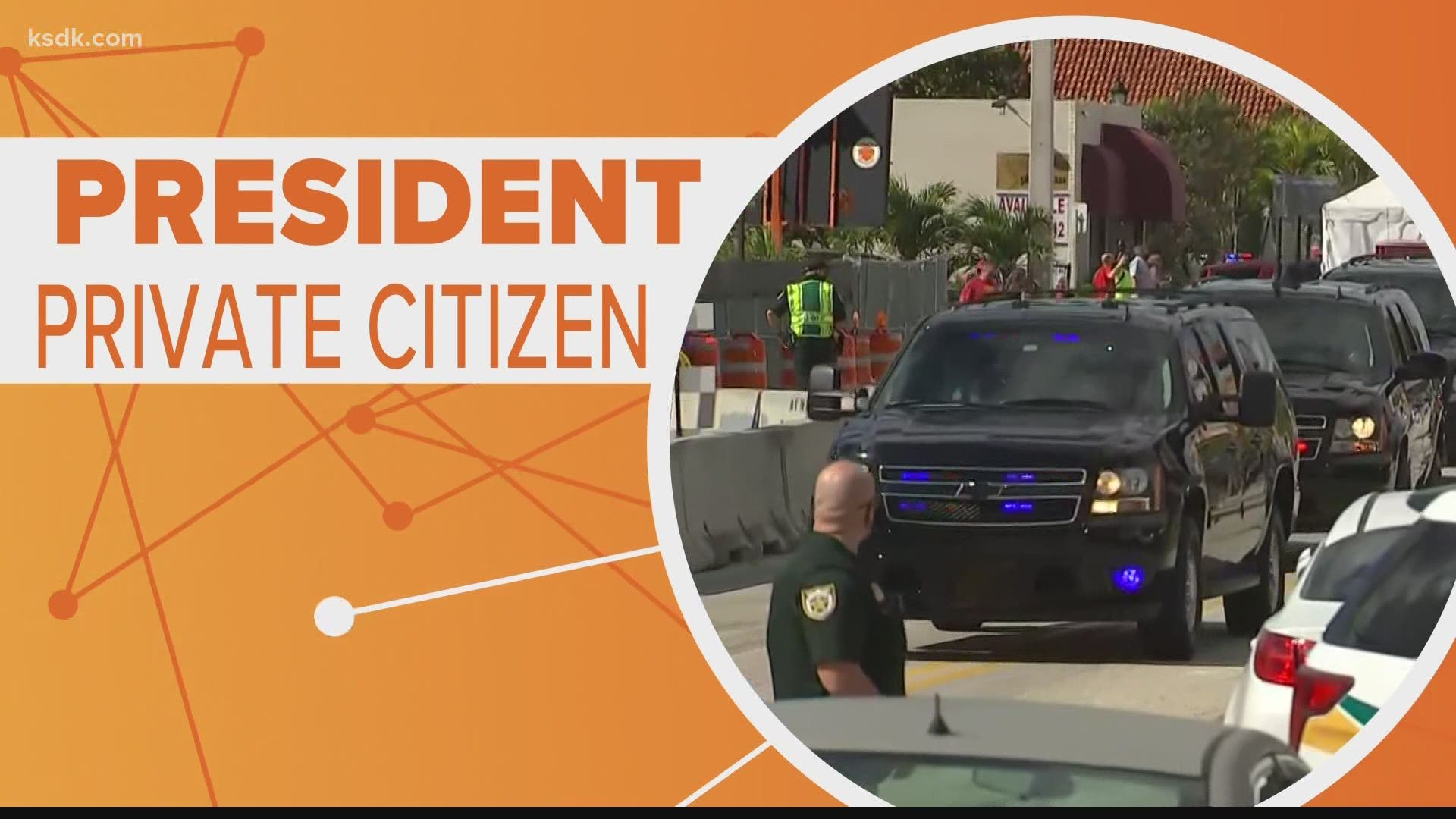 WASHINGTON — Around the time President Donald Trump arrived at his Mar-a-Lago resort in West Palm Beach, Florida, Wednesday afternoon, he became former President Trump, a private citizen. But that doesn't mean he can just hop in his car and go wherever he wants. Actually, he's not allowed to drive on public property. It’s just one of many rules former presidents must follow thanks to the Former Presidents Act which was passed in 1958.

Before the act was passed, former presidents were pretty much on their own. Take George Washington for example. He enjoyed a post-presidency life of distilling whiskey at his Mount Vernon Estate.

Today, there are a number of rules in place to not only keep past commanders in chief safe, but to also guard the highly secured information they gained access to after their time in the White House.

Other than not being allowed to drive themselves on a public road, former leaders of the free world are not allowed to go anywhere alone. Once they leave office, they have secret service protection for life.

Former presidents no longer receive private mail. It all goes through the Secret Service first.

They cannot share any classified information that wasn't shared while they were in office, but they are required to establish a Presidential Library. This is to honor their legacy and allow the public to view their official records.

Post-presidency life is not all bad. They have a guaranteed pension which adjusts to about $225,000 a year today.

They still get an invite to daily security briefings, that is if the sitting president approves.

Not to mention their serious earning potential. Bill Clinton raked in more than $75 million from speeches alone between 2001 and 2012.

Now those rules don't seem too bad, do they?