Things have heated up on social media between Mayor Priscilla Vargas and City Councilman Ric Rubio. 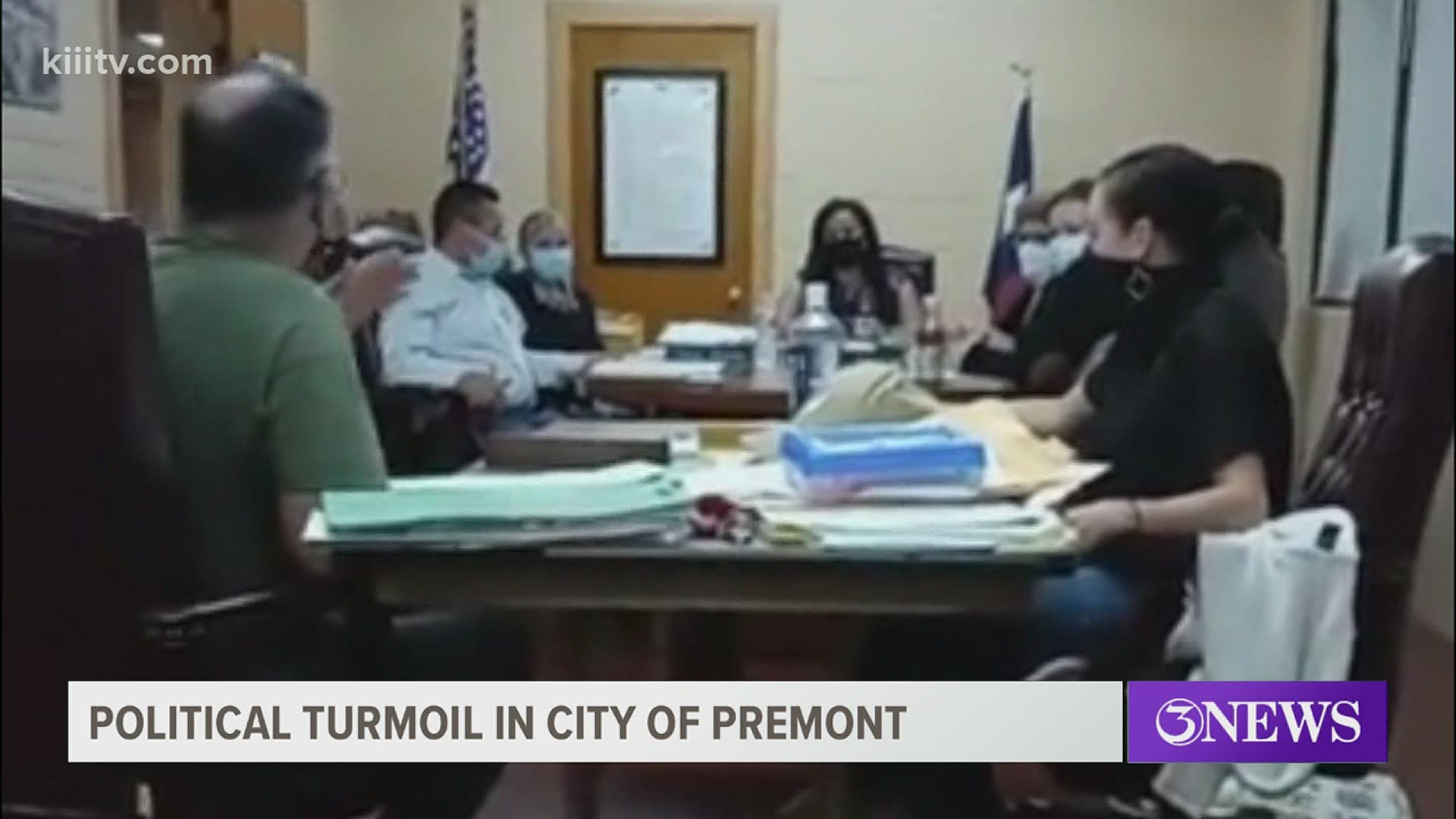 PREMONT, Texas — One of the newly elected Premont City Councilman said he’s not trying to micromanage the city, but is simply responding to citizen's concerns. Tomorrow, the City Council will hold a meeting that will discuss some of the actions taken by Councilman Ricardo Rubio.

The folks in Premont are still recovering from the ice storm that knocked the power out to their homes and water system for days. But things have heated up on social media between Mayor Priscilla Vargas and City Councilman Ric Rubio.

"I think it’s a difference of opinion on how to get things done in our city," Rubio said.

Rubio tells 3News that since that ice storm hit, residents have been pointing out to him various city water leaks around town. Some of those city lines have supposedly been running free for nearly 20 years.

Residents told him they had reported them to the City but nothing was ever done.

In a back-and-forth Facebook post with Rubio, Mayor Priscilla Vargas indicated that the complaints about leaking water pipes came at a time when the City was recovering from the ice storm.

In the post, the mayor said "this matter should have and would have been addressed once the matters within the city were corrected, however, that’s not the route that this incident happened.”

We tried to contact Mayor Vargas about her statements and whether Rubio had circumvented City protocol. We called City Hall at 10 a.m. and have yet to receive a call back.

Taking a look at the City Council agenda for tomorrow night’s meeting in Premont, it appears that Ric Rubio will be the subject of several discussion items during executive session.

Rubio maintains that he has not been trying to micromanage city departments but merely pointing out problems the city needs to address.