A breakdown of the proposed $1.2 billion city budget for Corpus Christi

Nearly $300 million would go to the city's general fund with a focus on everything from streets to public safety, parks and city utilities. 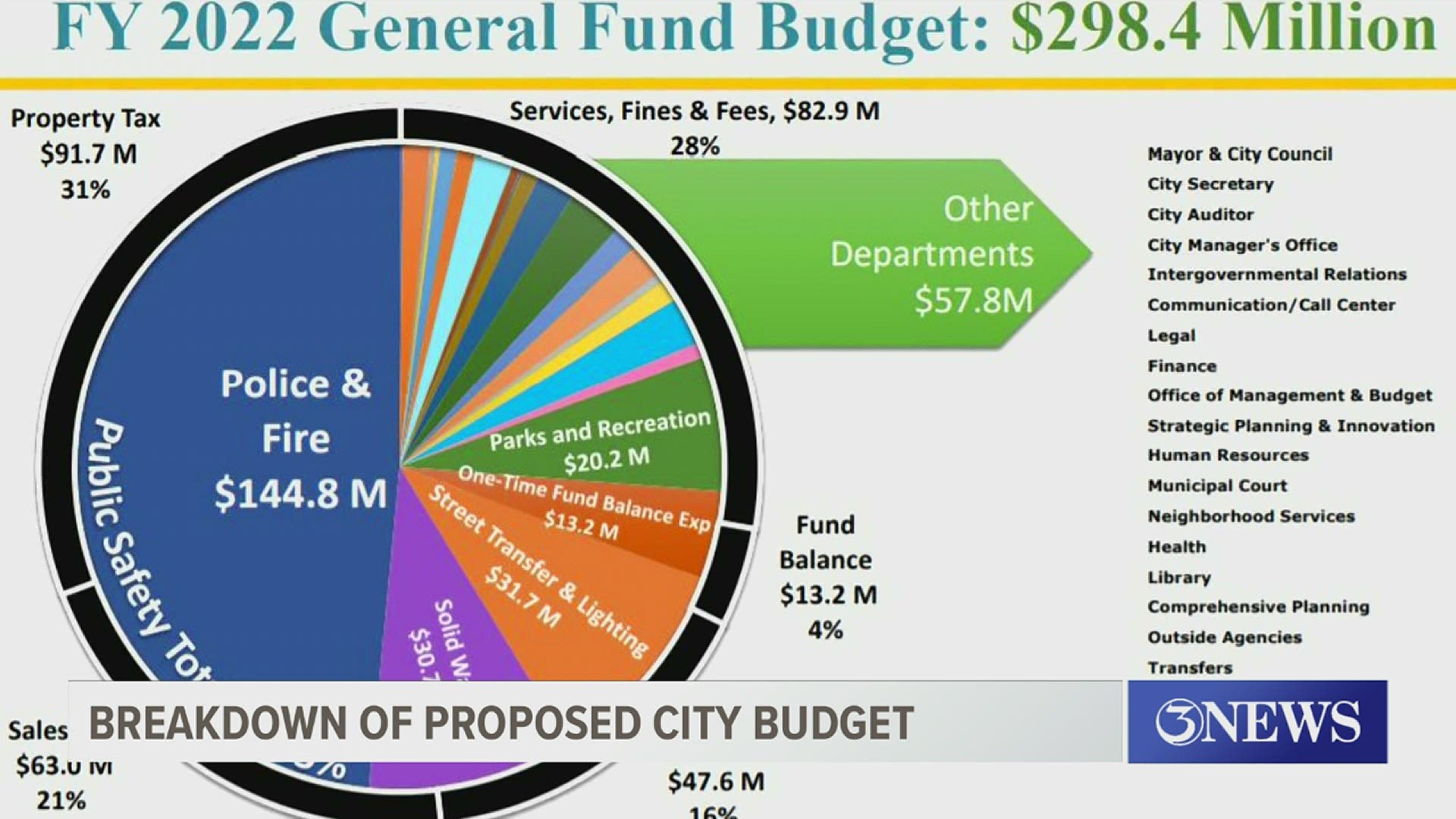 CORPUS CHRISTI, Texas — It's a proposed record-breaking city budget of $1.2 billion dollars that would begin in October which is the start of the city's fiscal year.

On Tuesday, Corpus Christi leaders got a breakdown from city manager Peter Zanoni.

It would include a recommendation to add 10 officers to the force instead of 5, as well as equipment upgrades and buying additional police marked units and a crime scene mapping drone.

The fire department would also see 8 new fire fighter positions to create another medic unit in a high demand area at fire station 17 that's over off Yorktown Boulevard.

The addition would bring the number of medic units for the city to 13.

When it comes to the city's parks and rec department, they, too, are getting a healthy slice of the pie to provide upgrades at area parks like Cole Park. It's where leaders are looking at putting in a brand new splash pad.

New dog parks would be included in the budget at Sherwood and West Guth parks. Funding would also allow the design of new veterans' monuments in Sherrill Park.

Under neighborhood services, there would be money for four full time animal care kennel techs and the addition of two new vehicles for Animal Care Services, and five additional neighborhood code enforcement officers.

There would also be additional funding for demolitions of dangerous structures.

While the city does not know at this point what the final property tax rate will be, it will not exceed our current rate of $0.646264 per $100 valuation.  Meaning there will not be an increase.

During August, the city will hold public meetings in each district to get input from residents on the proposed budget.

All meetings begin at 6 p.m. for the following dates:

The 2022 Proposed Budget in its entirety can be found here.