The former White House press secretary and daughter of a former governor brings name recognition to a potentially crowded field. 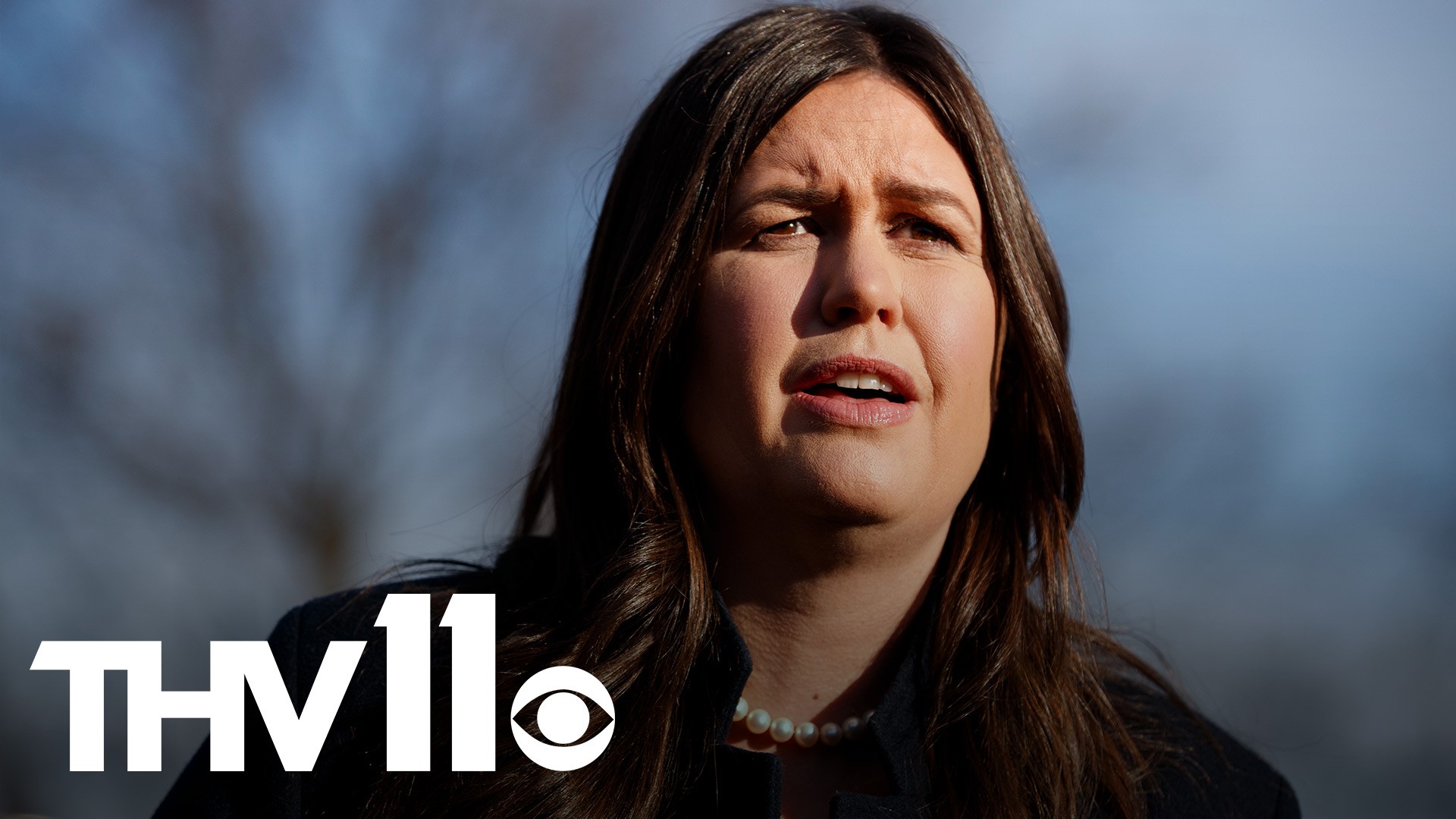 LITTLE ROCK, Ark — On Monday, Former President Donald Trump officially endorsed his former press secretary in her bid to be the governor of Arkansas in 2022.

"Sarah Huckabee Sanders is a warrior who will always fight for the people of Arkansas and do what is right, not what is politically correct," Trump's statement read. "Sarah is strong on Borders, tough on Crime, and fully supports the Second Amendment and our great law enforcement officers."

Sanders officially launched her bid to be the next governor of Arkansas with an eight-minute campaign video.

Sanders had been widely expected to run after leaving the White House in 2019 to return to Arkansas. She was one of now-former President Donald Trump’s closest aides and after near-daily squabbles with the White House press corps, she brings instant name recognition in a solidly red state where Republicans tend to embrace the former president.

"Everything we love about America is at stake," said Sanders in the video that started with a recounting of a conversation with a soldier overseas. "With the radical left now in control of Washington, your governor is your last line of defense."

Sanders, the daughter of former Gov. Mike Huckabee, joins two other statewide Republican elected leaders in the May 2022 primary. Lt. Gov. Tim Griffin and Attorney General Leslie Rutledge declared last year their hopes to succeed current Gov. Asa Hutchinson, a Republican who is unable to run next year due to term limits.

Both Rutledge and Griffin came to office in the Republican sweep of 2014. The former also claims to have strong name recognition in the state and declared allegiance to the former president through her position as co-chair of a group called Lawyers for Trump, which got involved in lawsuits after the 2020 election.

"It's much different answering questions behind the podium than it is making decisions behind the desk on behalf of millions of Arkansans," the attorney general said.

No woman has ever been elected governor in Arkansas.

The lieutenant governor took shots at Sanders for being away from the state and caught up too much in Washington politics. He called her out for not knowing the state already has a law against "sanctuary cities," and drew a contrast between his experience in office as a former congressman and Army colonel with her hopes to follow in her father's footsteps.

"I think people look at the whole person," he said of the challenge of getting his record stacked against Sanders' star-power. "What have they done? Are they ready? The governor's office is not your granddaddy's shotgun that is just passed down from generation."

Sanders launched her bid weeks after a riot by Trump’s supporters at the U.S. Capitol left five people dead. More than 130 people have been charged in the insurrection, which was aimed at halting the certification of President Joe Biden’s win over Trump.

Sanders was the first working mother and only the third woman to serve as White House press secretary. But she also faced questions about her credibility during her time as Trump’s chief spokesperson.

During her nearly two-year tenure as Trump’s chief spokeswoman, daily televised briefings led by the press secretary ended after Sanders repeatedly sparred with reporters who aggressively questioned her about administration policy and the investigation into possible coordination between Trump’s campaign and Russia.

But Sanders earned reporters’ respect working behind the scenes to develop relationships with the media.

The Sanders campaign will provide a measure of how much Trump’s tumultuous exit from the presidency damaged his brand. With Republicans holding all of the state's constitutional offices and federal seats, and a solid majority in both chambers of the Legislature, a victory by a former close aide could serve as a bellwether for 2024.

"My opponents are already turning their fire on me," Sanders said in the video. "But here's the truth, as White House spokesperson, I never had to worry about the far left and their allies at CNN or The New York Times defining me."

Griffin and Rutledge have combined raised more than $2.8 million in the race, which could get even more crowded. Republican State Sen. Jim Hendren, who is also a nephew of Hutchinson's, said he will make a decision on running soon.

"While I respect all announced candidates including Sarah Sanders, I still see a need for a candidate to represent common sense, reasonableness and civility," the moderate former senate president said. "I will be deciding soon if I will attempt to be that candidate and what my campaign to represent those in the middle would look like."

Sanders, who published a book last year and joined Fox News as a contributor after leaving the White House, is a relative unknown on many of the state’s biggest issues and has said she doesn't want to distract from Hutchinson's agenda.

Material from the Associated Press contributed to this report.