The Texas Senate and Texas House are both drawing up new maps this session. 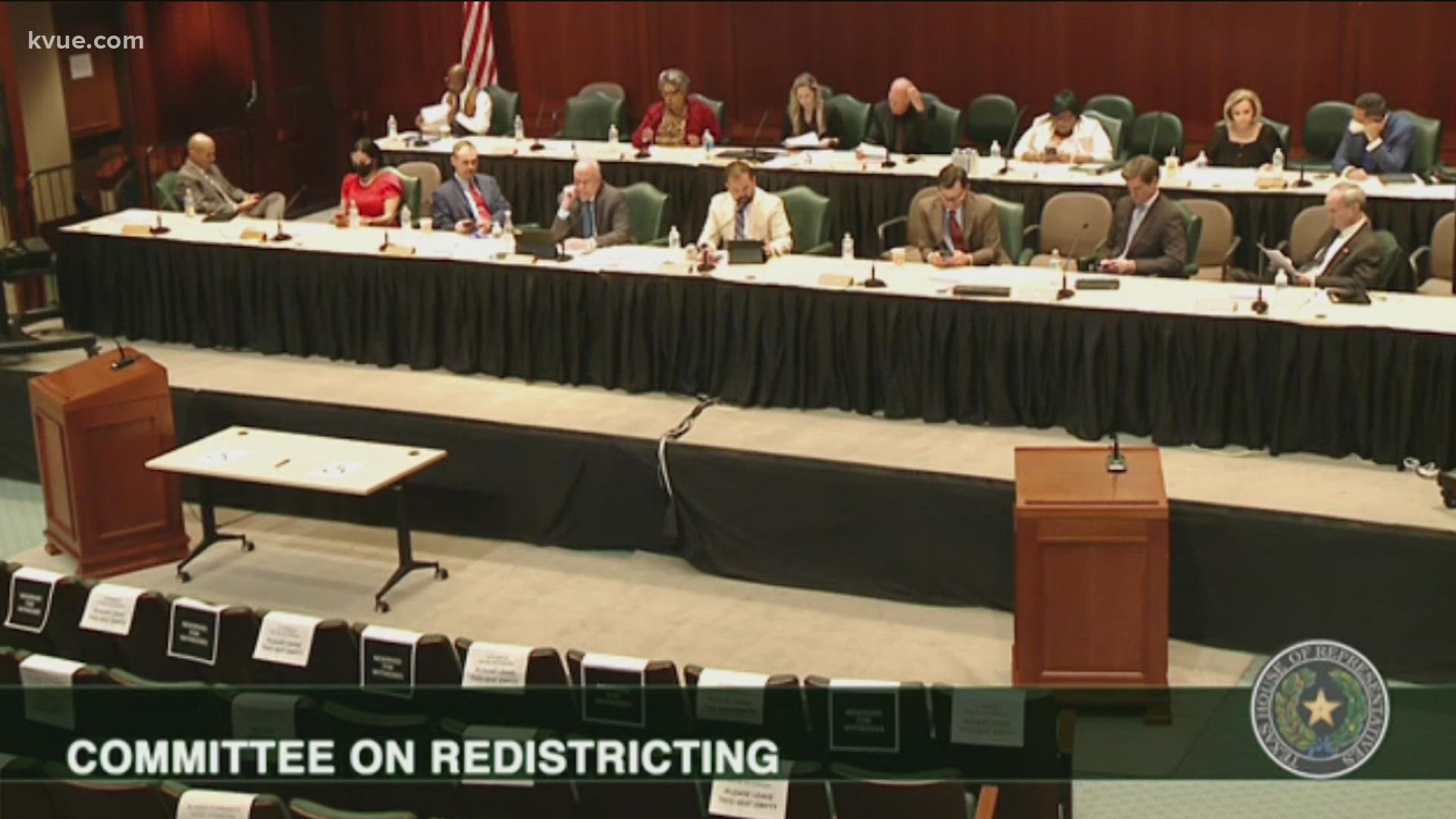 AUSTIN, Texas — On Monday, the Texas Senate approved its own political boundaries (SB 4) as well as the State Board of Education maps (SB7).

The SB 4 map maintains support for most incumbents in the Texas Senate, but shifts Senate District 10 in Tarrant County from a Democratic-leaning district to a safe Republican district by changing the boundaries to include seven additional counties, most of which are rural.

The map was approved with a 20 to 11 vote. Much of the discussion in the Senate before the vote on Monday night focused on SD 10, currently held by State Sen. Beverly Powell (D-Burleson). Republicans mostly rejected amendments to keep more Democratic votes in SD 10.

Powell questioned the chair of the Senate Redistricting Committee, Sen. Joan Huffman (R-Houston), over the map and how her district was drawn.

Huffman said she believes the map is legally compliant and does not violate Section 2 of the Voting Rights Act, which prohibits voting practices or procedures that discriminate on the basis of race.

SB 4 will now head to the Texas House. If approved there, it will head to Gov. Greg Abbott's desk.

Then, on Tuesday, the Texas House Redistricting Committee voted 8-6 on its own district map. It would also strengthen the GOP's advantage for the next 10 years.

After meeting until early Tuesday morning, the House Committee on Redistricting met again on Tuesday afternoon. Members voted along party lines to send the bill to the full House. Democrats are calling the process rushed and slamming the committee chair for not allowing invited expert testimony.

"The adopted map raises serious moral and legal questions in the way it treats communities of color in Texas. There exists material underrepresentation in the existing electoral maps, and the proposal advanced today fails to contemplate the growth and diversity of our state," said Rep. Rafael Rafael Anchía, chairman of the Mexican American Legislative Caucus. "Latinos are underrepresented in the makeup of state house districts by at least one-third despite accounting for nearly half of the population growth. In fact, even though 95% of Texas’s growth comes from communities of color, this map increases the number of Anglo majority districts. Texans deserve fair maps and for their communities to be valued and respected."

According to the Austin American-Statesman, Rep. Todd Hunter (R-Corpus Christi), chairman of the redistricting panel and author of the plan, told the committee earlier this week that the map was the result of feedback from members of the House members, regional stakeholders and a law firm hired to aid lawmakers through the redistricting process.

'I think we're going to be OK,' mayor says in response to COVID-19 concerns at ACL