The Spurs' head coach called the decision "mystifying," and said he's worried about people and businesses in Texas. 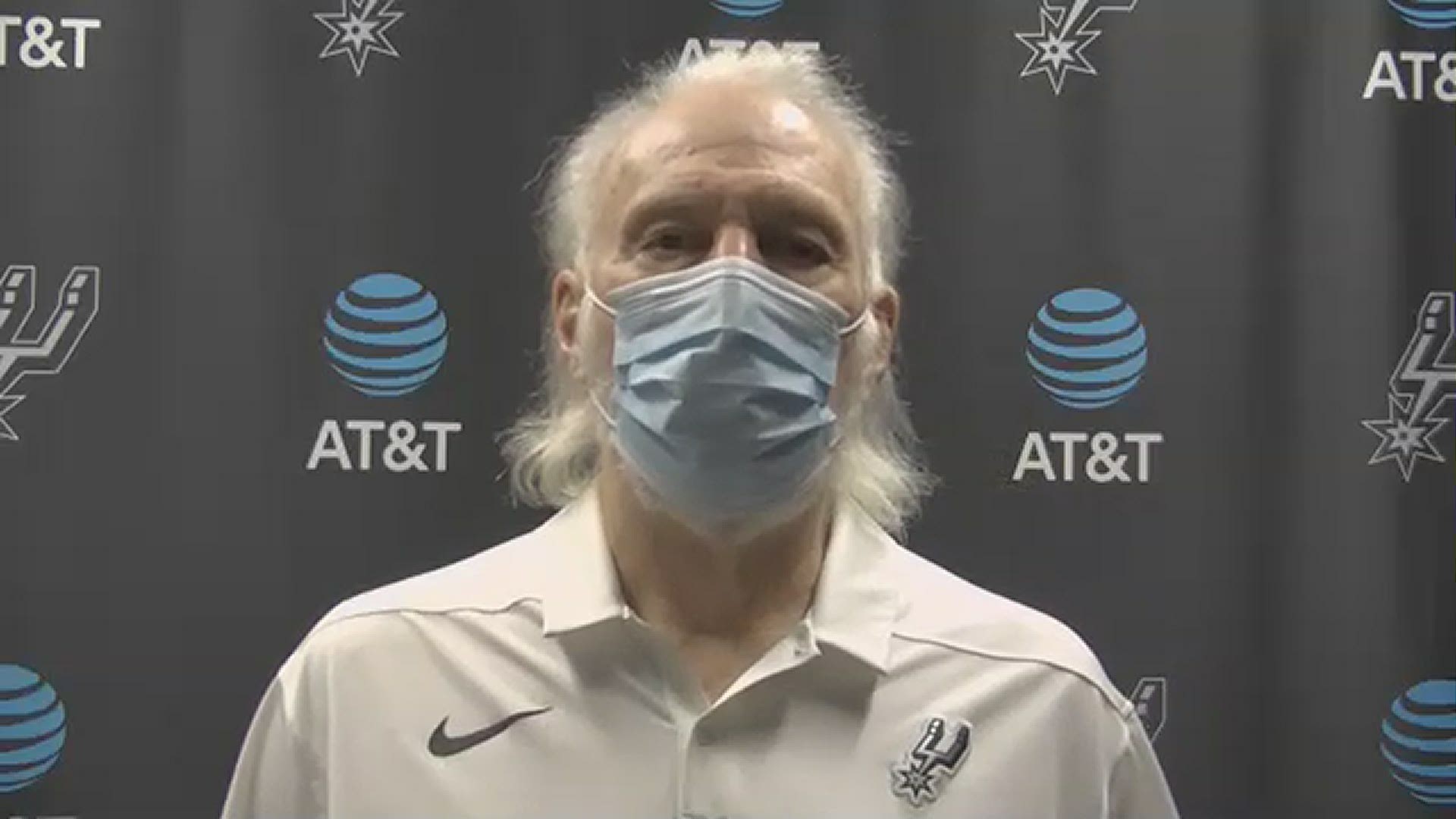 "In all honesty, I'm worried about the people in our state," Popovich said Tuesday, before the Spurs took on the Knicks. "It's a pretty mystifying decision considering the situation that we're all in, but as far as the players go, we listen to the NBA, not Governor Abbott."

He expanded on the challenging position that he believes the new directive puts businesses in.

"It puts a lot of businesses in a tough spot, I think. They're trying to do a good job of keeping everybody safe. Of course they want to open up, but getting rid of masks just seems ignorant to me. We have to have instant gratification and act like the pandemic is over. We already went through this once, and now we're doing it again? When you go into those restaurants, you have to take your mask off anyway when you're eating. So how hard can it be?

"Now they're going to have to talk to people that come in, and the people that didn't want to wear masks in the first place, how do the businesses get them to wear masks? Well, now they don't have to, so now there will be infections, one would think. But when all of a sudden we act like it's over with and all of the science tells us the opposite, you're basically saying, 'You get infected and die? That's the way it goes. We have to open up!' That's not the way to do it, this is really ridiculous."

In announcing that he was repealing his statewide coronavirus-related mandates, effective midnight on March 10, Abbott pointed to increased recoveries, the ongoing vaccination efforts and decreasing virus hospitalizations. The governor also left it up to businesses to potentially continue enforcement how owners see fit, saying, "they get to choose to operate their business the way they want to."

Abbott also said county leaders can implement safety measures once again should a certain hospitalizations threshold be met. But Bexar County Judge Nelson Wolff called those concessions meaningless, citing the low chance that threshold could even be met.