The study also claims there wasn't sufficient voting information in Spanish during the 2016 election. 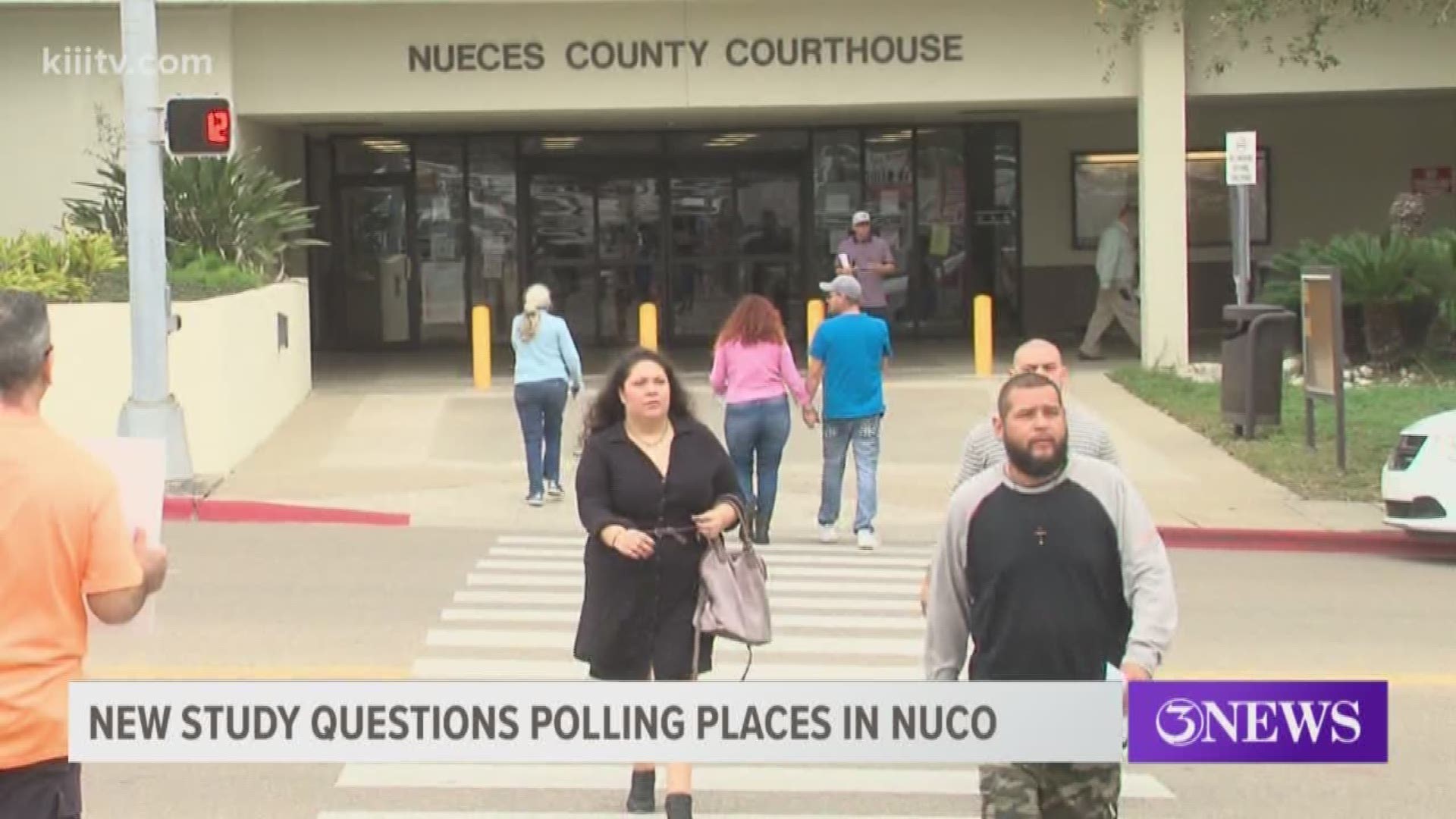 CORPUS CHRISTI, Texas — A new study released by an organization called the Leadership Conference Education Fund reports Texas has closed 750 polling places since 2012. The report cites several counties including Dallas, Travis, Brazoria and Nueces as having closed the most, and alleges that the closures are suppressing minority voters -- specifically Latinos.

However, representatives from both sides of the political spectrum and the leader of a local civil rights organization agree that the consolidation of polling sites has not caused voter suppression.

"Representation must be there," LULAC Council #1 Dr. Nick Adame.

Adame said while there has been voter suppression in the past, it is not a problem in Nueces County.

"I haven't seen any evidence of polling places closing nor have we gotten any complaints of these polling centers," Adame said.

According to the study by the Leadership Conference Education Fund, Nueces County has quote "had a clear record of problems with voter right's act compliance. Having closed 37 polling places in its shift to vote centers."

Mike Bergsma, the county's Republican chair, said Americans with Disabilities Act compliance was one reason, and some precincts just don't have enough voters to warrant staffing a polling place.

"We never had any intent to suppress voting and as I said, we've worked with the Democrats and I said any place you want, we will keep," Bergsma said. "I don't know how we could have been more fair."

The study also claims there wasn't sufficient voting information in Spanish during the 2016 election, but representatives from both sides of the aisle deny any such issues and agree polling places vs. centers are not a problem.

"People have actually more access than they used to," said Sam Daltan, a member of the State Republican Executive Committee. "When you're going to work or from work, when you pass any polling place, you can vote there."

"We have a really good relationship with the Republican Party to come up with manageable voting centers, which is between 92 and 95 where we can have people who can work them," Democratic Party Chair Corretta Graham said.

However, therein lies an issue not reported by the study -- the shortage of volunteers to run polling places.

"The biggest issue with having a polling place is having people, two from each party, who can actually be there during early voting as well as election day, and that has been the biggest challenge," Graham said.

Texas led the nation by far in what the report calls "systematic statewide efforts" to slash polling locations.