The House Select Committee on Mass Violence Prevention and Community Safety is working to protect Texans in the wake of mass shootings in El Paso and Odessa. 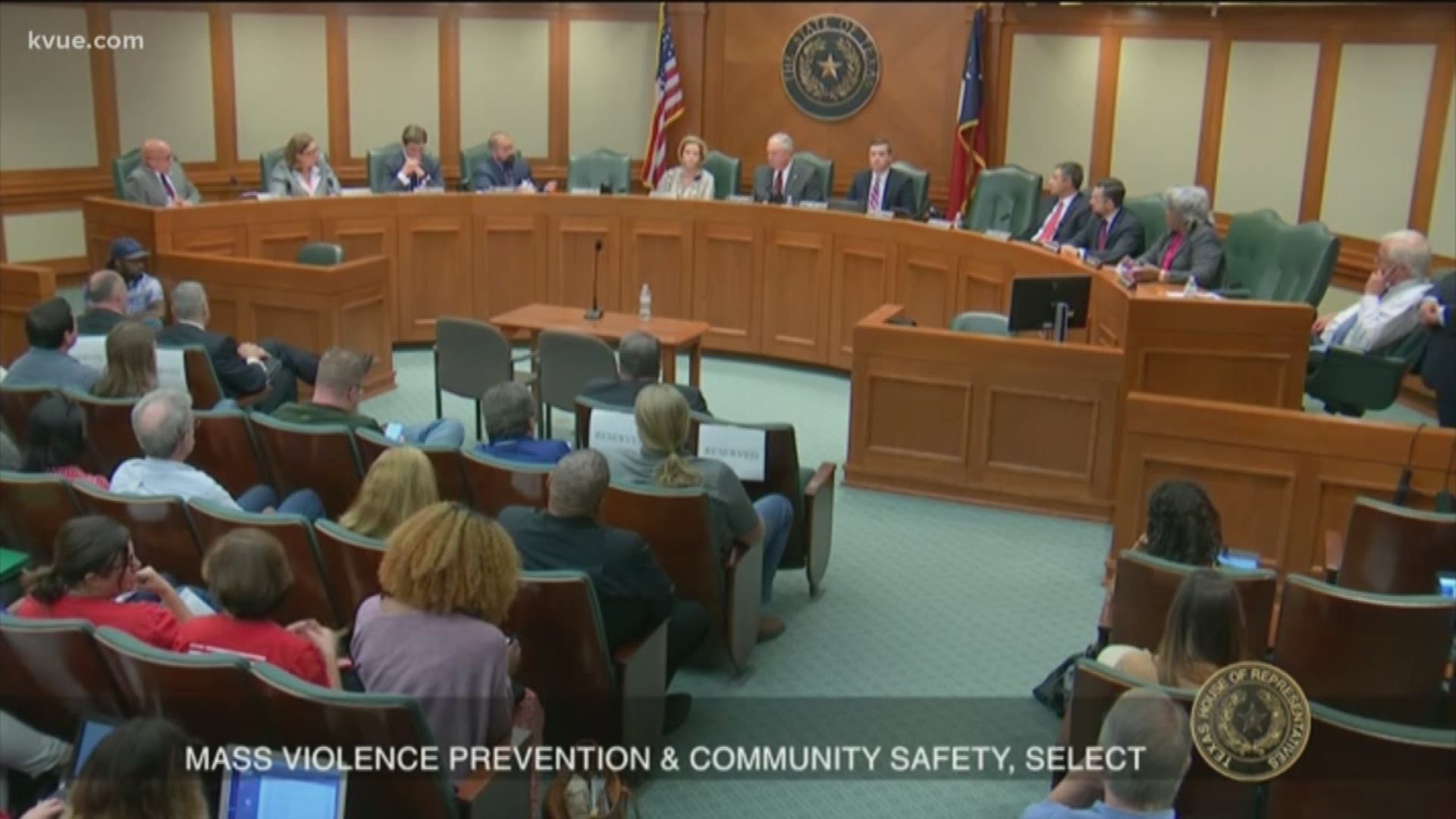 AUSTIN, Texas — In the wake of mass shootings in El Paso and Odessa, a special committee of lawmakers are working together to protect Texans.

The House Select Committee on Mass Violence Prevention and Community Safety met for the first time on Tuesday.

It's a bipartisan group looking at everything from gun laws to the role of social media to stop acts of violence before they start.

Committee members know that's a tall task, but they say working together is key.

"This is the conversation we need," said State Rep. Joe Moody (D-El Paso). "We can shout past each other or we can talk to each other, and the latter is the one that's going to give us the results that we need for a safer Texas."

The House Select Committee on Mass Violence Prevention and Community Safety consists of:

According to a news release from Speaker Dennis Bonnen's office, the committee "has jurisdiction over all matters that ensure the safety of Texas communities by reducing mass violence, including collaboration between state and local agencies and nongovernmental entities in preventing and responding to mass violence, violence prevention strategies that foster safe climates in schools and local communities, state and local funding for research and program development, access to state and local services for communities impacted by mass violence and persons at risk for harming themselves or others, and technological solutions to better detect, assess, report, and prevent threats."

The members of the Senate Select Committee on Mass Violence Prevention and Community Safety include:

The Texas Senate's version of this group will meet for the first time on Sept. 26.