The bill would have banned governmental entities from taking "adverse action" against a person based on their religious beliefs. 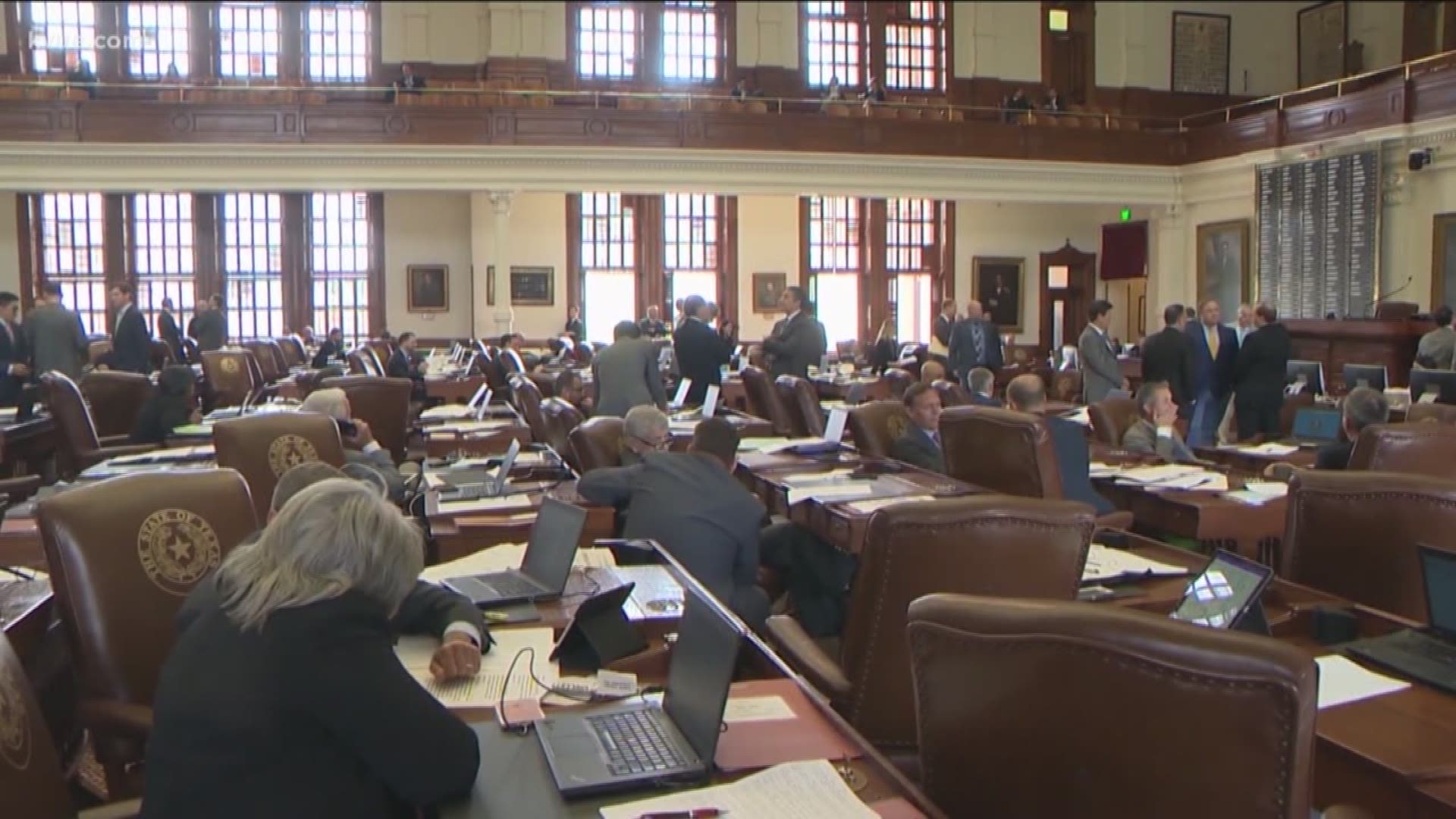 AUSTIN, Texas — In a rare administrative move, House Democrats were able to kill a bill that would have banned governmental entities from taking "adverse action" against a person based on their religious beliefs Thursday.

House Bill 3172 by Representative Matt Krause (R-Fort Worth) would prohibit a governmental entity from taking "adverse action" against a person, partly or as a whole, for their support of a religious organization.

It garnered the nickname the 'Save Chick-fil-A' bill because, back in March, the San Antonio city council banned Chick-fil-A from having a location in the city's airport because of the company's reported opposition to the LGBTQ community. The council members said everyone should feel welcome when they walk through the airport.

"It's funny, we actually filed that bill before anything happened in San Antonio but it kind of clarified the reasoning need for it," said Representative Krause. "So I push back against the premise that it's in any way discriminatory. I tell people it helps Chick-fil-A but it also helps Ben and Jerry's. You know, it treats everybody equally, everybody the same. I don't care who you are, what you believe, the government should not penalize you for those beliefs."

Democrats disagree. Many of them donned pins with the message "my faith does not discriminate" and said the bill is unnecessary.

"Well, we have this thing called the constitution that sort of protects religious freedom and religious liberty, so it's redundant," said Austin Representative Celia Israel (D). "But there's some extra language in there that gives the attorney general some extra power to encourage discrimination with cities. So, number one, it's redundant. Number two, it's harmful. Number three ... we certainly don't want to express to anyone that Texas is anything but a friendly state."

Israel said the Democrats will work to kill the bill on the House floor and stop it from going to the Senate for consideration.

"The big danger is that the Senate has an appetite for getting into fights like immigration and Confederate statues," said Israel. "And this is like putting chum in the water. Those sharks in the Senate will get a hold of this and turn it into something even worse than what it is right now. So lets not even give them the opportunity."

Democrats didn't give Krause the opportunity. Before he could finish laying out the bill on the floor, a point of order was raised against the bill.

A point of order is basically an argument about why the bill should not be heard. The first point of order failed, but the second, by Carrollton Democrat Julie Johnson was successful.

"The availability of legal relief to a litigate is a key element to the enforcement of civil rights," Speaker of the House Dennis Bonnen read to the members. "The bill analysis is substantially misleading because it omits this information."

And, with the bang of his gavel, the bill died.

It is worth noting that no bill is ever truly dead until the end of the legislative session because lawmakers can try to tack their bills on as amendments to other bills. But it is unlikely that will happen.

Mom, stepdad of Maleah Davis banned from contact with all their children, court rules