The political climate in Corpus Christi

For each of these groups, the message remained the same: We are all human. 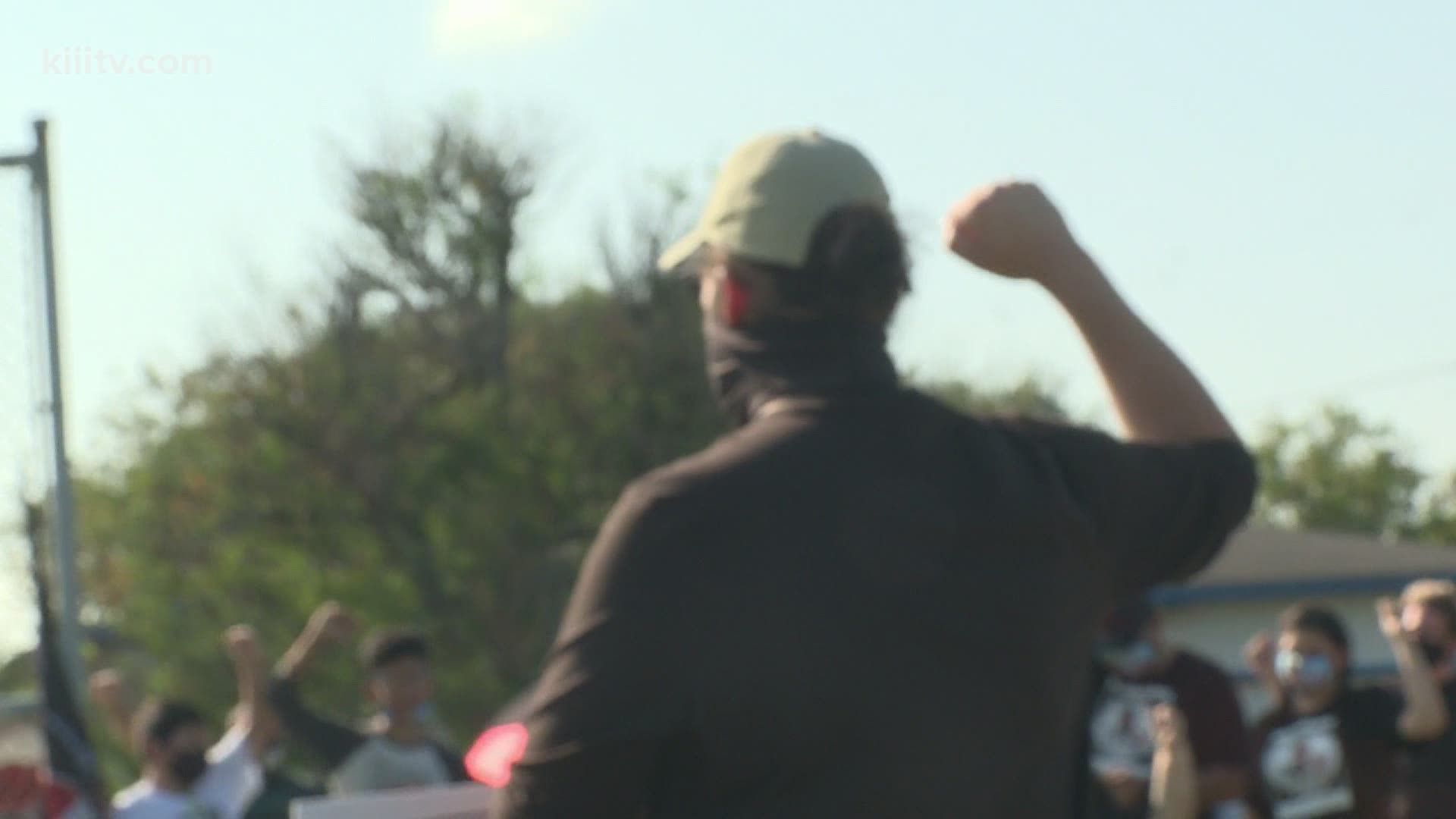 CORPUS CHRISTI, Texas — On Saturday, the political climate in Corpus Christi was one you can actually see and probably hear from afar. Starting at the sunrise mall parking lot.

''For President Trump because I came from Europe, so I have seen in action what communism and socialism are and I don't want them here. President Trump is making our country great again, wealthy again, free again and that's what we need," said Suzanne Guggenheim, who said they'll be supporting Trump this presidential election.

Members of the community showed their support for Trump by gathering and lining up their vehicles, riding bumper to bumper down SPID.

Just a few yards down the road, citizens rooting for former Vice President, Joe Biden, showed their support by meeting in the parking lot of La Palmera.

"The person who's in office now, in my opinion needs to go and so I think we need a stronger individual in there. Someone who really cares about the public and about the people," said Henry Sanchez, a Joe Biden supporter.

Then over at the Mount Vernon Park, people gathered in honor of Breonna Taylor following a grand jury's decision to charge no one for her death. Some said her name will not be forgotten, or unspoken. Especially in the Coastal Bend.

Also at Vernon Park, thoughts were not on who will win the election, but how the election will impact our community.

"Eventually it will affect all of us, whether we like to admit it or not," said JC, another advocate of the Black Lives Matter movement.

For each of these groups, the message remained the same, we are all human.

"It doesn't matter if you are democrat or whatever you are. We respect everyone at the end of the day,"

"They're apart of your community and therefore you care about them, you want the best for them".