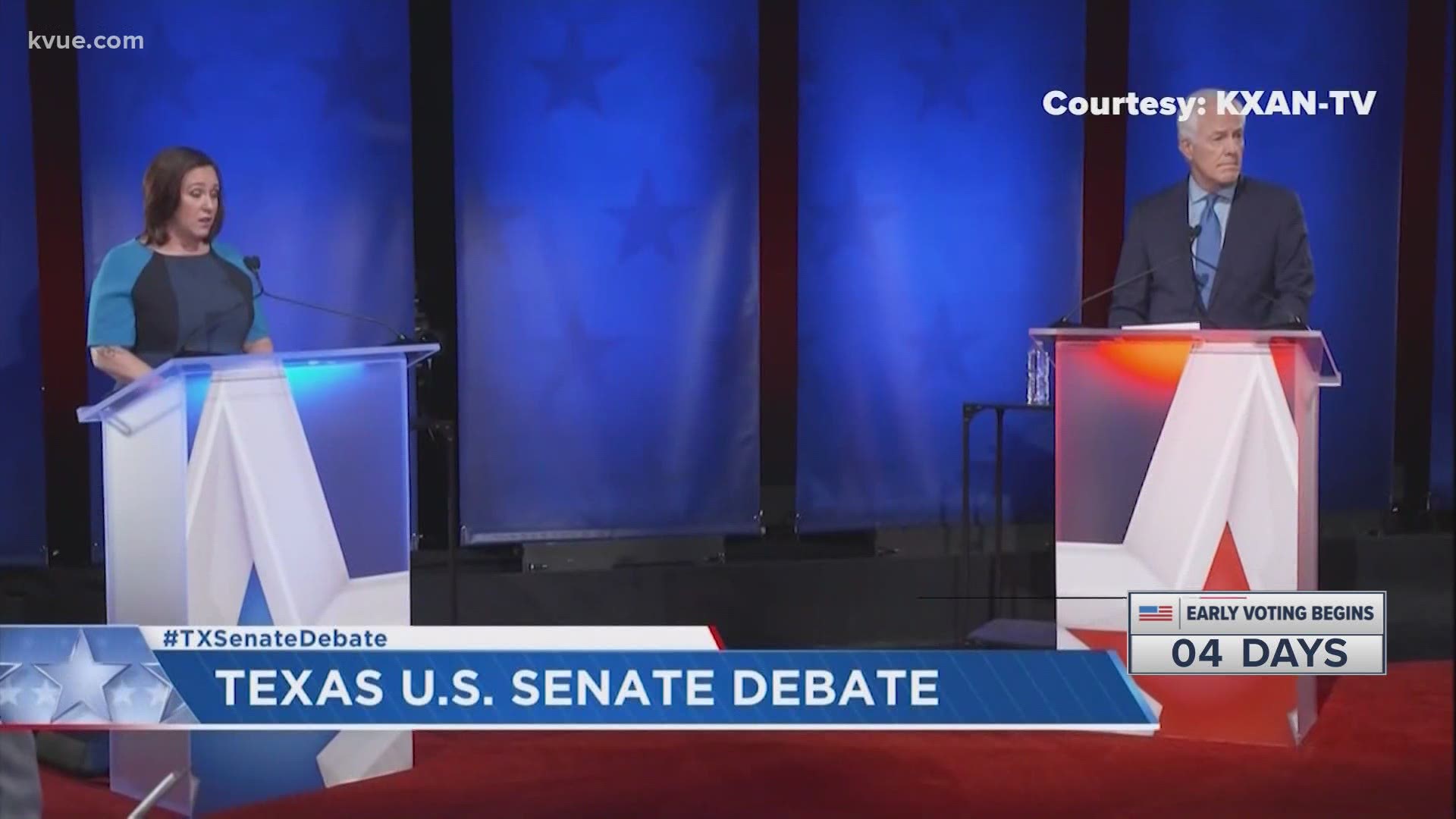 TEXAS, USA — As Texas makes headlines as a battleground state, Vice Presidential candidate Kamala Harris is traveling across the state Oct. 30 in a push to win over voters. Joining her is U.S. Senate candidate MJ Hegar, according to her campaign.

Along with Harris, Hegar will campaign in Fort Worth, McAllen and Houston, her campaign said. They are expected to speak from Fort Worth at 12:45 p.m., from McAllen at 4:25 p.m. and from Houston at 7:35 p.m.

Hegar is also set to campaign with District 21 Congressional candidate Wendy Davis on Saturday at 10 a.m. in Austin, followed by campaign events across Texas on Nov. 1 and Nov. 2.

Battle for the US Senate: John Cornyn vs. MJ Hegar

With one day left of early voting and Election Day around the corner, Texas officially surpassed its total 2016 votes cast.

Normally a reliably red state, Texas is seen as being in play this year in the race for president between President Donald Trump and former Vice President Joe Biden. Brian Smith, a professor of political science at St. Edward’s University, said one of the biggest metrics in determining if a state is a battleground is polling.

He said that states with recent polls favoring one candidate over the other by only a few points would fit the bill. Recent polls in Texas have shown a tight race between Trump and Biden.

Once the polls close on Nov. 3, KVUE will keep track of the 2020 election results here. Mail-in ballots that are postmarked before Nov. 3 can be received by local elections offices by 5 p.m. the day after Election Day, so mail-in ballots in Texas are expected to take longer to tally.

Be sure to download KVUE's app to get updates as they come in: kvue.com/app. On the KVUE app, you can customize the type of content you would like to be notified about and see the most, including election and voting information. Find out how to customize KVUE's app here.

VERIFY: Austin is not 'one of the most dangerous cities in America,' as Lt. Gov. Dan Patrick claims

You can get free food and booze with an 'I voted' sticker. Here's where in Austin

Voting early? Here are the wait times at polls in the Austin area