Judge Robert Pitman did not make any ruling after a two-hour hearing on Thursday, as attorneys continued to submit documents in the hour leading up to the hearing. 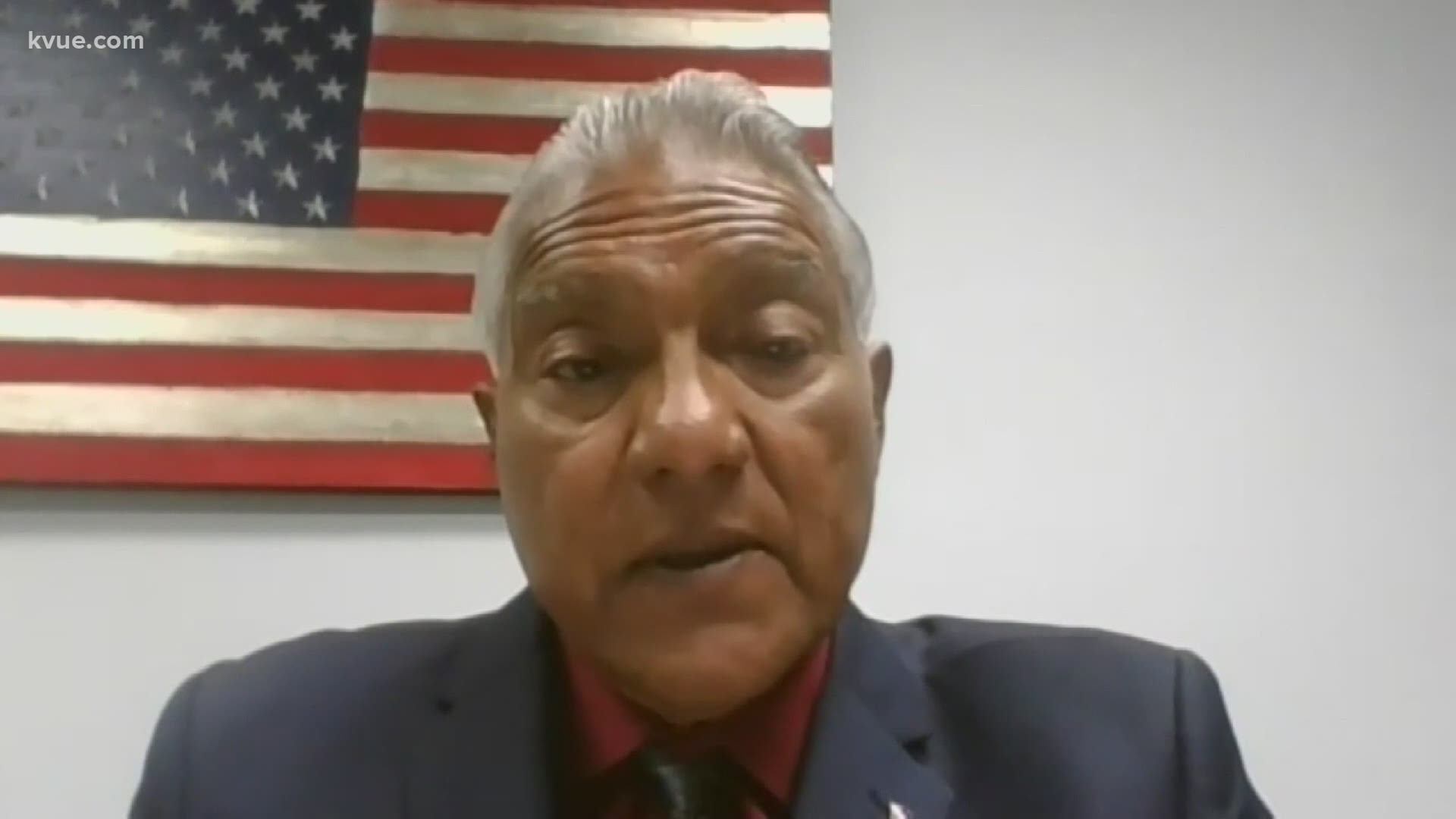 AUSTIN, Texas — During a two-hour hearing on Thursday afternoon, attorneys for the League of United Latin American Citizens (LULAC) and for the Texas Alliance for Retired Americans argued Gov. Greg Abbott's order last week to limit locations for voters to hand in their mail-in ballots limited voting access.

Attorneys representing the governor's office and the secretary of state fought back, saying Abbott's order did not limit voting opportunity, but the extension of early voting expanded voting access. Federal Judge Robert Pitman listened to the arguments for two of the lawsuits filed against Abbott's order.

As of early this week, there are four total lawsuits – three in federal court and one at the county level, filed in Travis County's District Court. Attorneys for the plaintiffs argued Abbott's order restricted voting rights and the State's own recognition that any changes to the election and voting laws cannot be made so close to the election.

Vera's colleagues, Molly Danahy and Chad Dunn, echoed that argument, saying Abbott's order leaned on ballot security for justification, but in fact does not create more ballot security because voters now cannot personally return their ballot until Election Day – any earlier and the voter would be forced to use the U.S. Postal Service whether they want to or not.

In Travis County, any voter wishing to turn in their mail-in ballot ahead of Election Day can only do so at the County Tax Office on Airport Boulevard. Prior to Abbott's order, three other locations for people to hand in their ballot were set up in Downtown Austin. If Pitman issues an injunction, Travis County Clerk Dana DeBeauvoir plans to reopen those locations.

Representatives for Travis, Fort Bend and Harris Counties all said the satellite sites for voters to hand in ballots were similar experiences to voting in-person. For Travis County, voters could drive up to a poll worker at one of the locations, show ID, verify their signature and confirm the poll worker placed their vote in a ballot box.

Hand deliver your own personal mail in ballot to 5501 Airport Blvd today until 5 PM!⁰⁰⚠️Hand delivery will not be open over the weekend. You will be able to hand delvier your mail-in ballots next week, Monday-Friday from 8 AM-5 PM at 5501 Airport Blvd. pic.twitter.com/GWaNYaEeNi

Will Thompson, one of the attorneys representing the State in the hearing, argued that as long as voters have a way to submit their ballot, then that is access enough. Thompson added the argument for uniformity from the plaintiffs is already met, saying the order literally makes it a uniform policy for each county to have only one location for voters to hand-deliver their mail-in ballots.

Plaintiff attorneys responded saying that's not the uniformity that works.

"The one-size-fits-all approach does not adequately serve voters in counties with large populations, including counties that have significant minority populations," John Devaney, general counsel for Texas Alliance for Retired Americans, argued.

Susan Hays, the attorney representing Harris County, continued on that line, providing an example. Loving County has zero coronavirus cases and fewer than 200 residents. Harris County is one of the highest counties in the country for new cases and has 2 million residents. The fact each county only has one location for voters to hand in ballots is not logical, Hays said.

The county clerks and election administrators for Travis, Fort Bend, Harris and El Paso counties were all named as defendants in the initial lawsuit filed by LULAC, the League of Women Voters and individual voters last week.

"Is it the governor's position that, 'We've given you so much, we can take back a little?'" Pitman asked.

Hudson concluded his statements, saying that if these additional locations need to be open, it would suggest voters cannot put as much faith in the U.S. Postal Service. Attorneys for the plaintiffs had previously acknowledged the challenges faced by USPS employees and systems over the past few weeks and months.

After the two-hour hearing, Pitman did not make a ruling, as documents were still being submitted even into the last hour prior to the meeting. Vera claimed some documents were even added after the hearing wrapped up. He expects Pitman will make a ruling within 24 hours. Pitman himself did not indicate how long it would take for him to rule for or against Abbott's order.